"Inglorious Basterds" and "Django Unchained" star Christoph Waltz has been honored with a star on the Hollywood Walk of Fame. Waltz began his career as a stage actor in Switzerland, Austria and Germany. 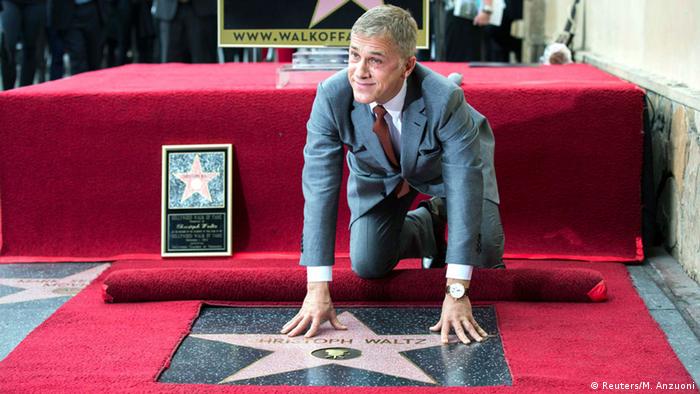 German-Austrian actor Christoph Waltz on Monday was honored with a star on the Walk of Fame in Hollywood.

Vienna-born Waltz has won two Oscar awards - one for his role in Quentin Tarantino's 2009 film "Inglourious Basterds" and also in the same director's film "Django Unchained" from the year 2012.

"On one hand he's a master thespian ... on the other hand he's also a tool box actor ... He just gets around to getting the job done in a very unadorned way," Tarantino said at a Hollywood Boulevard star-unveiling ceremony, adding that Waltz was his "favorite Austrian."

"My heart is not just a little bit throbbing with pride, it's bursting," he said, adding: "I, as a guy from Vienna, would not even have dreamt about (this) in my wildest dreams," the 58-year-old Waltz said.

His latest film, "Horrible Bosses 2" was released over the weekend.

Hollywood stars have been honored with a star on the Walk of Fame since the 1950s. Sophia Loren's became the 2,000th star in 1994. Around two stars are added each month, according to the Walk of Fame's website. Waltz's was the 2,536th.