A signal to Russia: Ulrich Kühn on NATO’s exercises in northern Europe | Europe| News and current affairs from around the continent | DW | 27.05.2015

A signal to Russia: Ulrich Kühn on NATO’s exercises in northern Europe

A two-week NATO training exercise in northern Europe is now underway. We spoke with security expert Ulrich Kühn about the purpose of the military drills, and their effect on relations with Russia. 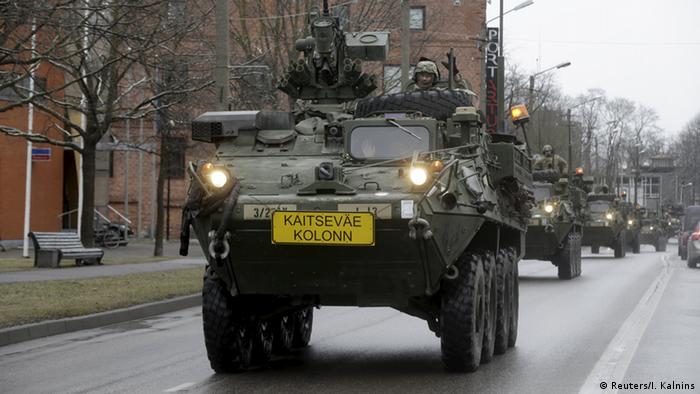 DW: Mr. Kühn, these military exercises have been described as “the most comprehensive of their kind.” Just how significant are they?

Ulrich Kühn: There are three reasons for the drills: Firstly, NATO wants to send a signal to Putin that, in an emergency, the alliance will fulfill its obligation to stand by its member states – particularly the three Baltic states. Secondly, it's a signal to the eastern NATO members that the alliance is prepared to come to their defense in the event of an act of aggression by Russia. And thirdly, the exercise is designed to train troops for new military challenges; for example, Russia's "hybrid" warfare in Crimea and East Ukraine. There is a real need for action in this respect, so I would say that the drills are very significant.

What do you make of the fact that neutral countries such as Finland, Sweden, and Switzerland are participating?

Finland and Sweden, in particular, feel threatened by the latest Russian military exercises. The Russian air force has repeatedly come close to violating their air space. There are now people in Sweden and Finland calling for the countries to join NATO. The participation of these countries is a signal to Putin that Russia is no longer being seen as a reliable partner, but rather as a credible threat. All in all, it represents a strong increase in militarization in European security.

Isn't the official explanation that the drills are practice for a UN mission a bit ridiculous, given that everyone knows the real reason is the threat posed by Russia? 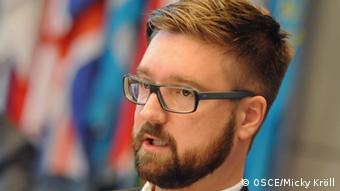 These exercises are clearly directed at Russia. The signal is: Russia is rattling its sword, but we're ready! The line about practicing for a UN mission is just a pretext.

Politically, NATO doesn't want to give Putin even more occasion to engage in media propaganda. The military signal is clear.

Russia has already responded by launching its own military exercise. Is NATO's large-scale drill the right way to handle the threat from Russia, or is this unnecessarily ratcheting up tensions?

These training exercises are justified right now. We have precarious threat situations at the moment, for example, the "little green men" – the masked, unmarked soldiers that crossed the border from Russia into Ukraine – and these require new, modern countermeasures. One of the NATO drills in Latvia involves just such a scenario. It's only right to signal to Russia that military action like we saw in Ukraine would not be tolerated in the Baltics, for example. But in the medium and long term, NATO also needs to build bridges with Moscow. As was the case during the Cold War, the strategy with Russia should consist of two complementary parts: earnest offers of cooperation, paired with realistic defense readiness. Unfortunately, it's Russia that has been escalating the situation for over a year now.

In your view, how big is the threat against NATO members such as Estonia, Latvia, and Lithuania, and also for non-members, such as Sweden and Finland?

Realistically, Russia can't afford a serious threat against the three Baltic states. In the worst-case scenario – a nuclear exchange – the US would have to be prepared to "swap" Boston, New York, and Washington for Tallinn, Riga, and Vilnius. This is taking it to extremes, of course, but it follows the inherent logic of deterrence. Russia knows this, too. At the same time though, the Kremlin has shown in Ukraine that it is very good at acting in the gray zone just below the threshold for all-out war. This is where NATO currently has defense deficits, and the three Baltic states have rightly been pointing to this gap in the common defense alliance. This is where NATO has some adjustments to make.

Do you think Sweden and Finland are going to join NATO?

I don't see any direct threat from Russia against Sweden and Finland at the moment. Just like during the Cold War, these countries are in Russia's area of influence, making them potential targets in military strategy. But joining NATO now under the current circumstances would completely send the wrong message to Moscow. Also, there's no majority support for such a move in either country. Having said that, political opinion can also change very quickly.

Ulrich Kühn is an expert on relations between Russia and NATO. He works at the University of Hamburg's Institute for Peace Research and Security Policy.

NATO members and partners have begun large-scale aerial drills in northern Europe. The exercises take place against the backdrop of terse language between the western allliance and Russia over Ukraine's conflict. (25.05.2015)

Germany and France are considering cooperation on developing a successor to the tank "Leopard 2." The current model has been in service since 1979, and aging Bundeswehr equipment is currently in stark focus. (22.05.2015)