Germany and France are considering cooperation on developing a successor to the tank "Leopard 2." The current model has been in service since 1979, and aging Bundeswehr equipment is currently in stark focus. 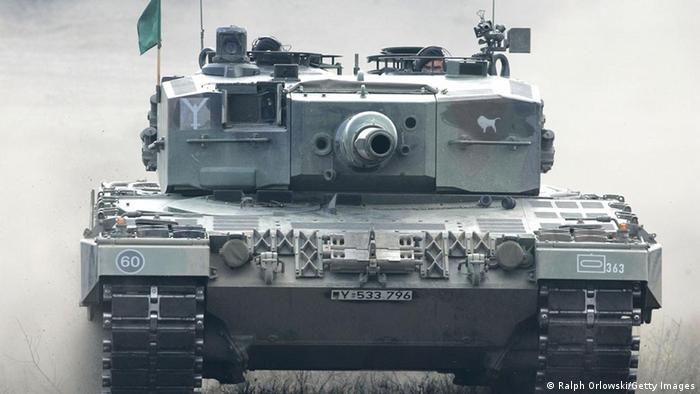 The German Defense Ministry announced its plans for the "Leo 3" (as it's likely to be nicknamed in Germany) in a report on Friday to the Bundestag, which was obtained by multiple media outlets.

"Technologies and concepts will be investigated between 2015 and 2018 in joint studies also involving German industry," Markus Grübel, a deputy minister in the German Defense Ministry told his parliamentary colleagues. He cited the Leopard 2's long years of service as the reason that a new battle tank was required.

The Leopard 2's 50-year service life is set to expire in 2030. The tank, which came into service in 1979, was conceived as part of a plan for Cold War-era land defense. Germany commissioned more than 2,000 of them at the peak of the arms race of the early 1980s. Currently, however, only about 240 are in active service; but last month, citing the security situation in Ukraine, Defense Minister Ursula von der Leyen annnounced plans to reactivate 100 mothballed Leopard 2 tanks. In November of last year, von der Leyen also announced a move to add more than 100 aditional "Boxer" armored personnel carriers to the Bundeswehr's ranks.

The Defense Ministry is in the process of drawing up a new "white paper" listing Germany's security policies and goals for the present day.

The manufacturer of the current Leopard 2, Krauss-Maffei Wegmann, is scheduled to fuse with French firm Nexter Systems in the course of this year. This has prompted media reports in Germany saying that the new Franco-German firm, with more than 6,000 staff and a combined turnover of around 2 billion euros ($2.2 billion), could be a strong candidate to win the contract to develop a new battle tank for the German Bundeswehr.

The plans come at a difficult time for the German military, especially where hardware is concerned. New parliamentary ombudsman to the Bundeswehr, Hans-Peter Bartels, called on parliament in his inauguration on Thursday not to scrimp on military spending, saying German troops needed "100 percent" of the required gear, not "70 percent."

His predecessor, Hellmut Königshaus, told DW this week that his job had often been difficult, and that Bundeswehr reform is very much a work-in-progress. In January, Könighsaus also pointed out that some barracks were "dilapidated," but it is its weaponry that has dominated the headlines in 2015.

Even the Bundeswehr's standard-issue assault rifle, the G36, has come under fire for losing accuracy as the weapon heats up. Meanwhile, Airbus' new military transport plane, the A400M, suffered a crash this month and is being thoroughly scrutinized. Its Transall predecessor is therefore expected to stay in the skies longer than planned.

Other problems have hit Bundeswehr helicopters operating in anti-piracy missions off the Horn of Africa, and more generally, Germany is under pressure from NATO to meet the bloc's defense spending targets. However, very few alliance members spend the recommended 2 percent of total economic output on their armed forces.

The government in Berlin is also seeking to reinvent Germany's international approach to military affairs, gradually moving away from the overwhelmingly pacifist stance adopted in the immediate aftermath of the Second World War. Critics at home argue however, the government should concentrate on solving the Bundeswehr's equipment problems, before adopting a more active international military footing.

Germany's highest court has ruled that the government is not obligated to inform parliament about prospective weapons deals in their early stages. The ruling stems from a Greens party appeal for greater disclosure. (21.10.2014)