Germany's highest court has ruled that the government is not obligated to inform parliament about prospective weapons deals in their early stages. The ruling stems from a Greens party appeal for greater disclosure. 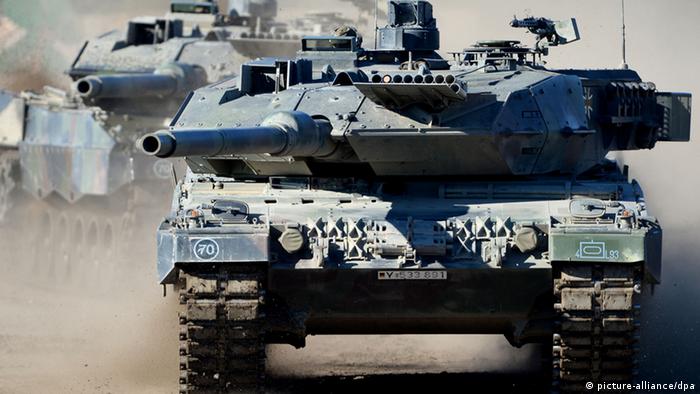 Germany's Federal Constitutional Court said Tuesday that while the government did not have to disclose information about planned defense exports, it did have an obligation to provide the Bundestag with details, on request, once specific arms deals had been approved.

Decisions about such transactions are made by the Federal Security Council comprising senior cabinet members in closed door sessions led by Chancellor Angela Merkel.

The Karlsruhe-based court ruled that "parliamentary control shall apply only to completed processes," and that the government was under no obligation to reveal details about preliminary negotiations with arms companies in the leadup to doing business with them.

The government remained particularly well protected in this early stage of the decision-making process, the court said, adding that the government was also under no obligation to justify decisions about export agreements to the parliament. Details about the cost of individual armaments may also remain confidential, according to the ruling.

The court said there was usually a "diplomatic dimension" to arms export decisions, which could be affected should foreign policy dealings be made public too early.

Their challenge, which was ultimately unsuccessful, argued that it was unconstitutional to keep the Bundestag in the dark about planned arms deals because it prevented the parliament from doing its job of keeping the government in check.

The Greens parliamentarians said German arms shipments to Algeria and a controversial deal to sell 200 Leopard battle tanks to Saudi Arabia in 2011 were examples of instances where the Bundestag had been given inadequate information.

The federal government must now inform parliament on arms exports as soon as they are approved or banned, but Constitutional Court could be bolder, says DW's Martin Muno. (21.10.2014)

The Middle East is one of the most highly militarized regions in the world. Germany is among those supplying weapons to governments there. Because of human rights issues, that's controversial. (15.02.2013)