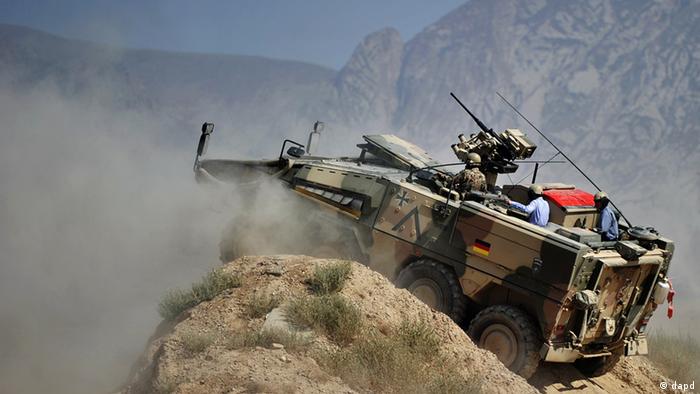 At the end of the day, it's elementary budgeting. Germany, along with most European countries, is in the middle of making drastic cuts in order to bring down its national debt. So instead of costly military operations in the world's many conflict zones, it has apparently decided to sell more weapons to "partner countries" in those regions. What was once hefty expenditure suddenly becomes vast revenue.

German Chancellor Angela Merkel admitted as much in October, in a speech to a German army conference in Strausberg, near Berlin, where she said, "It is in our interests to enable partners to intervene effectively to preserve or re-establish security and peace in their regions." 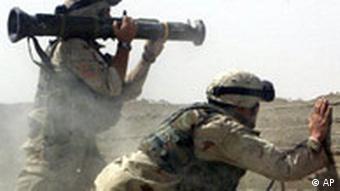 Germany has agreed to sell rocket launchers to Israel

In other words, more German weapons are being sold to countries outside the European Union and NATO - what are often called "third party states." Indeed, Germany's official arms export report for 2011, published this November, showed that for the first time, the government's secret arms committee, chaired by the chancellor, approved over 10 billion euros ($13 billion) worth of new arms export deals, and that 42 percent of them were with third party states - up from 29 percent in 2010.

Mark Bromley, senior researcher with the Arms Transfers Program at the Stockholm International Peace Research Institute (SIPRI), pointed out that this new policy was by no means unique to Germany. "A number of countries in western Europe are seeing declines in defense spending, which is having an impact on both defense acquisitions and production," he told DW. "In an attempt to counter that, several governments - including Germany's - are getting more focused on the promotion of arms exports to regions where budgets haven't been cut, including parts of Asia, the Middle East, Africa, and South America."

The German government refuses to comment on decisions made by the arms export committee. "This state policy protects our relationship to potential recipient countries," government spokesman Steffen Seibert told a press conference on Monday. But the official 2011 figures suggest that the strict international security and human rights criteria that approval depend on are softening. 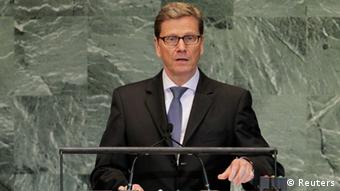 Westerwelle, who called for peace in the Mideast last, approved the deal with Israel

Seibert denied that Germany's arms exports had increased, however. "If you look at the 2011 report arms export report, you will see that the export of weapons from Germany went down significantly in 2011 against the year before - by 40 percent," he said. "Like every other country, we cannot resolve military conflicts or threats to peace and stability on our own - we need the network with partners … We have to encourage and toughen up developing countries that represent a stability anchor in their region so that they can play a peace-maintaining role."

Jürgen Grässlin, spokesman for the campaign "Action Outcry: Stop the Weapons Exports," says this was nothing but obfuscation. "The government is deceiving the people by saying that arms exports have fallen," he told DW. "In reality, they have granted approval to a record number of deals that will be valid over several years. The truth will appear on the table in the coming years. For the dictatorial regime in Algeria alone, for example, pre-deal agreements have been made for weapons deliveries worth €10 billion over the next years."

"The German government is essentially abetting mass murder in various conflict zones in the world," Grässlin said. "What is particularly cynical and macabre is that in the past few months Merkel and Westerwelle have been encouraging democratic forces in the Maghreb and the Middle East to resist the autocratic regimes, and simultaneously the 2011 arms export report proves that among the top 20 recipient countries, there are four that belong among the oppressors." 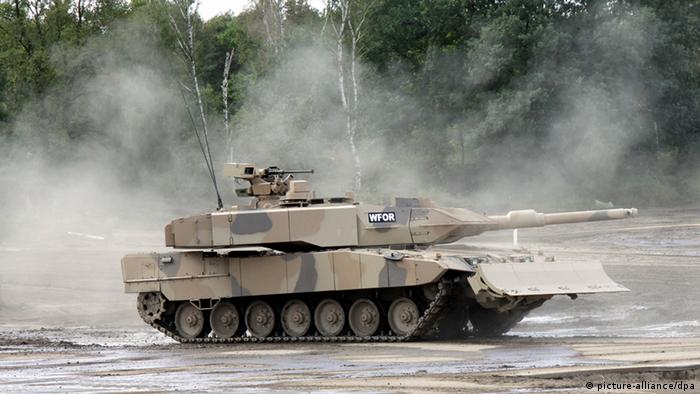 At that meeting, the committee, which is not accountable to parliament, approved a sale of new handheld rocket launchers to Israel. This might have been a particularly awkward deal for committee member Guido Westerwelle to sign off on, seeing as last week in New York the German foreign minister presented himself as a mediator in the Israeli-Palestinian conflict.

Meanwhile, two separate tank deals with Saudi Arabia are being mooted - for several hundred Leopard 2 combat tanks and GTK Boxer armed transport vehicles. "Saudi Arabia is certainly a stability factor in the region," explained Seibert. "Saudi Arabia has shown - for example in Yemen - that it has contributed to finding a peaceful solution."

This is an interesting statement as it indicates a subtle shift in Israel's traditional influence on Germany's arms export policy. If these deals with Saudia Arabia go through - and the committee's decisions were postponed till next year - it would mark the destruction of a long-held German taboo - arms deals with countries surrounding Israel.

Bromley suggested that the Saudi tank deal is now more likely because Israel is quietly dropping its objections behind the scenes - because of the Arab Spring. "That's a deal which the Saudis have been wanting for about 20 years - Germany has always said no, and the assumption has always been that it was because Israel was opposed to that sale," he said. "Israel's calculations in the region have clearly shifted, and Israel is perhaps less concerned about the sale of Leopard tanks to the Saudis than it was prior to the Arab Spring. The fact that these Leopard tanks would bolster the Saudi military is perhaps seen as no bad thing in Israel's eyes."

Progress has been disappointing at the month-long United Nations conference to find international arms deal standards - major arms-exporting countries are still holding out against stricter regulations. (18.07.2012)

The United Nations are negotiating a treaty to control the global arms trade for conventional weapons. Germany wants the regulations to cover the trade in small arms and ammunition. (01.07.2012)