Germany plans to activate a tank battalion that exists only on paper as it seeks to increase the country's military capability. The defense minister spoke of a "changed security situation" amid the conflict in Ukraine. 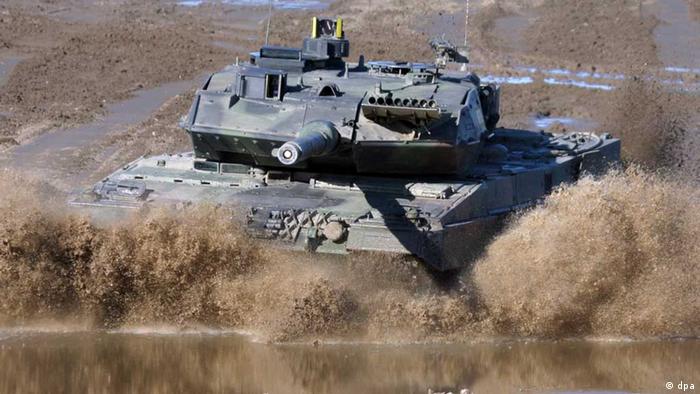 In a magazine interview published on Friday, German Defense Minister Ursula von der Leyen said the tank battalion, based in Bergen in the state of Lower Saxony, would receive more equipment and personnel as part of efforts to redress what she called "an investment bottleneck."

She also told the magazine, which is published by the German Bundeswehr, that already existing units would be equipped with more material and that the already close cooperation with the French, Polish and Dutch armies would be stepped up still further.

This cooperation could possibly include integrating Leopard tanks discarded by the Dutch army into the Bergen tank battalion, German security sources have said.

Von der Leyen spoke in the interview of modifying the principle of "breadth over depth" that underlay a reform of the armed forces carried out five years ago, saying that although Germany required "an appropriate breadth of capability" to fulfill its military obligations, it "just as urgently needed more depth and staying power."

"The security situation has changed noticeably with the crises of 2014," she said, referring to Russia's alleged military intervention in neighboring Ukraine's pro-Moscow separatist insurgency.

"We have to give new and honest answers to the question of what we must really be able to do and what the army needs and what it doesn't," she added.

Among other things, von der Leyen called into question the ceilings for heavy weapons systems established by her predecessor, current Interior Minister Thomas de Maiziere, who like her belongs to Chancellor Angela Merkel's Christian Democrats.

"As a first step, for example, we want to end the practice of giving away or scrapping good surplus material, for example Leopard 2," she said.

De Maiziere had planned to reduce Germany's contingent of Leopard 2 combat tanks from 350 to 225.

Germany's plans to increase the flexibility and capability of its armed forces come amid growing demands from NATO for member states to boost their reaction speed.

In response to Russia's actions in Ukraine, the military alliance called in September for the founding of a new rapid response force based in eastern Europe, in which the German Bundeswehr plays an important role.

A reform of the Bundeswehr was instigated in 2010 under the then-Defense Minister Karl-Theodor zu Guttenberg and partially implemented under de Maiziere. The reform measures included abolishing compulsory military service and reducing troop numbers from 250,000 to 185,000.

What is Germany's international role, and what does that mean for the Bundeswehr? Experts and citizens are called on to participate in the debate on German security policy and the future of the armed forces. (18.02.2015)