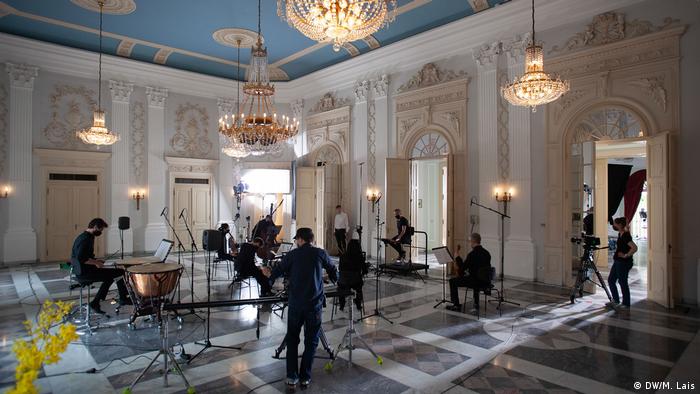 Ludwig van Beethoven loved nature, and expressed his passion for the great outdoors in many of his works. Perhaps the most striking example is his Sixth Symphony, or "Pastoral," which will be performed on June 5 by the Beethoven Orchestra in Bonn to celebrate the United Nations' World Environment Day.

Held during a year of celebrations for the 250th anniversary of the composer's birth, the concert is part of the Beethoven Pastoral Project, which urges artists around the world to make a statement on climate protection in the spirit of Beethoven's Sixth Symphony.

The initial concept had included concerts in Germany and abroad. However, the coronavirus pandemic brought this plan to a screeching halt. Instead, the Beethoven Pastoral Project is now a digital event, centered around a livestream. As a project partner, Deutsche Welle will broadcast the concert from the Beethoven House in Bonn at 6 p.m. CEST.

Read more: Beethoven's 'Ode to Joy' rings out during the coronavirus crisis 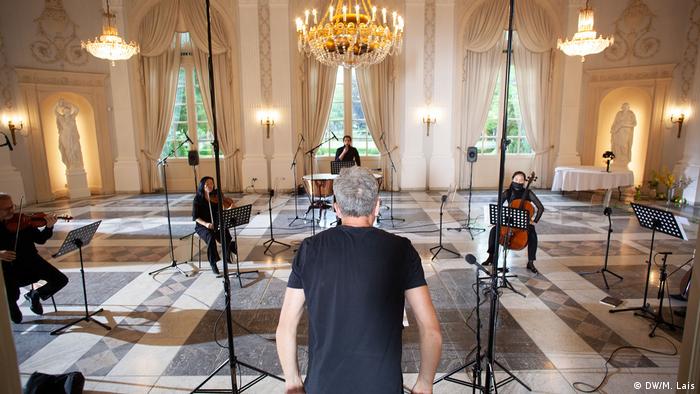 Musicians reunited in a historic venue

Although 100 musicians are part of the Beethoven Orchestra, due to the current social distancing regulations, only 13 can play together for the upcoming concert. For those performing, being able to gather and play music after a two-month hiatus was a treat, even though it wasn't easy to decide who would perform. In some cases, they referred to a lottery system to decide who would play. "We would have loved to have all played together here. Many were sad that it didn't work out," says violinist Mugurel Markos, who plays first violin.

"It is really overwhelming to be able to play with my colleagues again. Despite all the digital communication channels we have used diligently, I have missed the direct contact," admits Gillian Williams, the ensemble's solo horn player. "It is also wonderful to be in this place that has meant so much to the music and to Beethoven," she adds.

The Orchestra rehearsed in the spacious hall of the Redoute, a ballroom in which Beethoven once played. It was here that the then 21-year-old Bonn court musician Beethoven, known as "Louis" by friends, played for Joseph Haydn in 1792. The elder musician was so impressed that he invited Beethoven to come to Vienna and be his student. 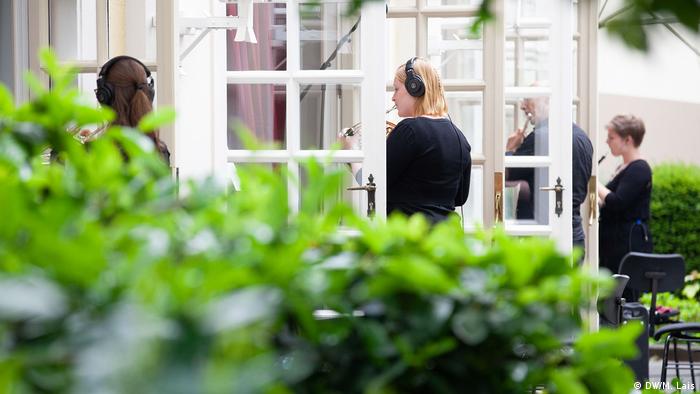 Yet coronavirus times call for different measures, and rehearsals were not exactly typical. The seven wind players were set up outside the main rehearsal space and had to watch the conductor on a monitor — it was feared that the amount of saliva flying into the air each time they played would create a health hazard.

"It is a technical challenge for everyone, especially for us wind players who cannot see our string colleagues and the conductor in the hall," says solo flutist Günter Valeri. "We have had to develop something like telepathy to make music together. But that's the way it is. it's a special time and a special project that can probably never be done like that again." 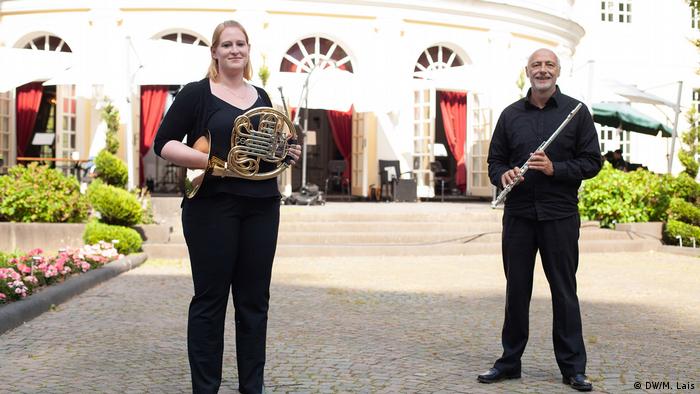 Only 13 of the orchestra's 100 musicians were allowed to play the concert. Beethoven orchestra musicians Gillian Williams and Günter Valeri were among them

For conductor Dirk Kaftan, working on the piece provided a special set of challenges that went beyond the social distancing regulations. "We weren't allowed to play for weeks, not even to rehearse indoors. That's why we had to develop a special concept," says Kaftan. The piece itself has also undergone a transformation. With a smaller ensemble, it was not possible to create the sonic color and intensity that defines the piece.

Kaftan hopes the new arrangement will be "a kind of appetizer for the original, which will be heard live again when mankind has defeated the coronavirus." He said this performance is yet another sign that Beethoven's music will prevail throughout the ages, despite whatever form it takes and whatever crises may affect the world. "He himself and his music have also survived much worse times and greater catastrophes," adds the conductor.

On June 5, the recording will be broadcast via livestream from the Beethoven-Haus starting at 6 p.m. (CEST). The DW film The Sound of Nature will also be shown for the first time.

***Dear app users, please note that for technical reasons the livestream cannot be played in the DW app. You can watch the livestream on your mobile device here.

Documentary 'The Sound of Nature'