A mass composition by Haydn interspersed with South African freedom songs? As part of the "Long Walk to Freedom" program at Rheingau, a youth orchestra from South Africa delivers an emphatic yes. 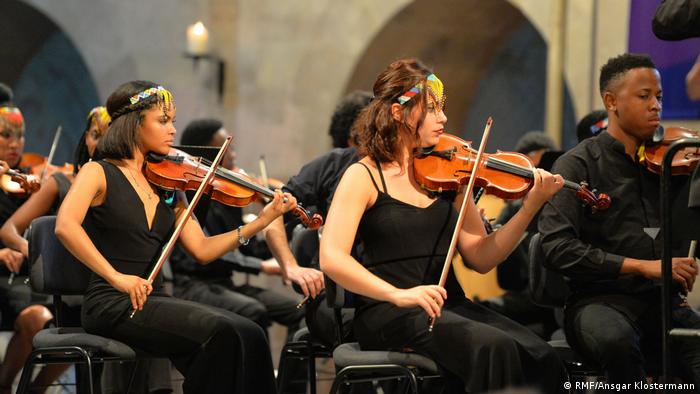 Soft passages from the song "Ukuthula" undulate gently down the long basilica. Then a thundering "Gloria" from Haydn's mass catapults a tsunami of sound that bounces off the stone walls.

Subtitled "Nelson Mass," the composition from 1798 has nothing to do with Nelson Mandela historically — it was named after the English admiral Horatio Lord Nelson, a hero of the Napoleonic wars. But combining musical works two centuries apart exuberantly filled a program devised exclusively for the Rheingau Music Festival.

In a program titled "Long Walk to Freedom," which was presented in "honor of the great freedom-fighter Nelson Mandela," the Chamber Chorus Vocale Neuburg was joined by the Bochabela String Orchestra from South Africa.

The performance in Eberbach Monastery on July 7 was "probably the highlight of the orchestra's existence," said Peter Guy, the orchestra's founder and director. To him personally, it also meant coming full circle. 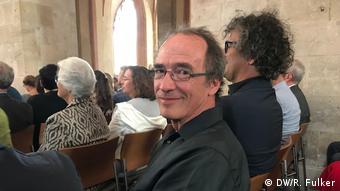 Pleased with the results: Peter Guy

Thirty-five years ago, the double bassist from the US state of Montana found himself seeking a musical career in Germany, in nearby Wiesbaden. From there, he proceeded to South Africa to perform in various orchestras and teach. After Apartheid unraveled in the 1990s, Guy sought ways to give children in impoverished townships access to music education.

Bochabela was the name of the elementary school where the musician pursued his initiative in 1997, at first with 18 children. It eventually developed into the Manguang String Programme, in which over 700 schoolchildren currently receive musical instruction.

"Appropriately," says Guy, "Bochabela translates as 'Place where the sun rises.' And our current instructors are role models for the kids. They themselves are products of the system and can speak the three or four languages you need in order to operate in a 100 kilometer radius in the townships." 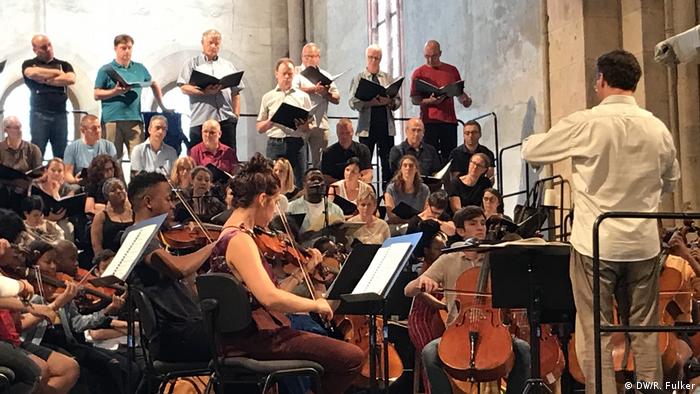 Imbued in light at the rehearsal and sharing radiance in music making: the Chamber Chorus Vocal Neuberg and the Bochabela String Orchestra

In its 22 years of existence, the program has produced individual success stories: After earning his master's degree in South Africa, one musician is now enrolled at the Juilliard School in New York while others perform in various South African orchestras.

Partly funded by donations and sponsorships, the program seeks to engage children after school hours; a boarding school, says Guy, "remains one of my big dreams."

Is classical music a growing enterprise there? "Definitely," said Guy. "In the whole horrible history of Apartheid, the government told people that if you were white, you could play cricket, but if you were black, soccer. Classical music was for whites, and jazz for blacks. Now more and more young people are choosing classical instruments, and they don't limit them to a particular genre or style."

The non-academic approach to musical instruction was suggested in the musicians' body language during their performance in the Eberbach Monastery. Arms, heads and bodies moved to the musical flow — movements that transferred to the musicians from other countries who'd joined them. And to audience members in the church pews, who during the African songs nodded their heads to the beat. 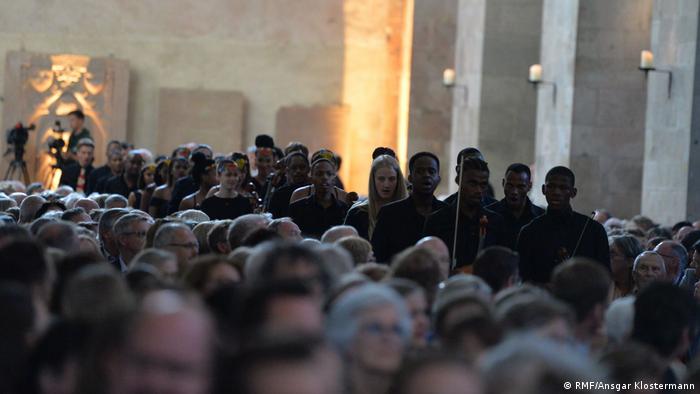 The concert began with a long procession of musicians, singing softly

For the political hymn and national anthem "Nkosi Sikelel' I Afrika" (Lord, Bless Africa), the audience stood up; and in a series of encores after the Haydn mass, one woman got up and danced to the music.

In "Weeping," the song interpolated before the end of the Haydn Mass, the final lines go, "The threat is under firm control / As long as peace and order reign. / I'll be damned if I can see a reason to explain / Why the fear and the fire and the guns remain."

That message fits the Rheingau Music Festival's motto this year, "Courage" — which partly stands for the life and achievements of South Africa's freedom fighter and later president, Nelson Mendela.

And it seemed to sum up the feeling in a country where enormous problems remain, yet where agonizingly slow progress gives way to moments of hope. Matched by energetic and enthusiastic music making, it's an upbeat tone needed everywhere.

This orchestra has given a platform to talented young musicians for half a century now, and under conductors like Karajan, Petrenko and Rattle, most of them have gone on to professional careers in music. (29.04.2019)

Classical music for the streaming generation

Classical music fans often struggle to find what they want on Spotify and Apple, so a Berlin streaming startup is plugging the gap. The Idagio app is also seizing on the popularity of the genre in Asia. (23.05.2019)