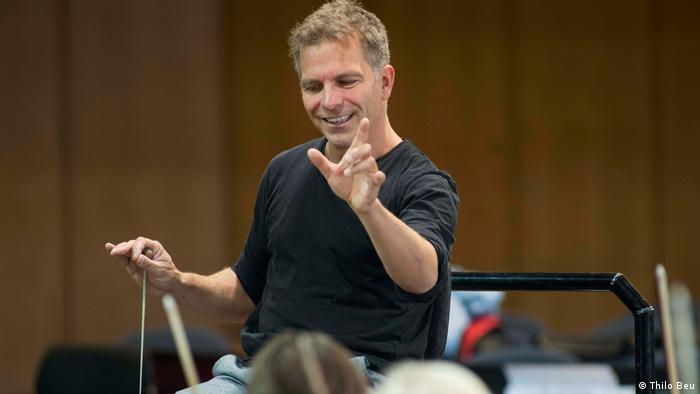 Beethoven – or rather his work – is becoming part of a global initiative against climate change. His Symphony No. 6, also known as the Pastoral Symphony, is being used as a musical starting point for artists around the world, who want to develop fresh ideas as part of their creative endeavors that address one of the most critical issues of our time. The project launched on November 15.

On the eve of the launch, the Beethoven Orchestra Bonn performed the Pastoral Symphony at the Bonn Opera under principal conductor Dirk Kaftan. Kaftan told DW that Beethoven's work from 1808 is an homage to nature — and much more.

DW: You once said that Beethoven sought to change the world with music. This conjures up images of rather dynamic works, such as his Third Symphony, or the Fifth Symphony, or the Ninth. But here we're dealing with the Sixth Symphony. It rather paints a picture of ripples on a creek, birds tweeting in the air and then the arrival of a storm. Do you equally sense this desire to change the world in this symphony?

Dirk Kaftan: I absolutely sense this kind of a desire in the Sixth Symphony, because it doesn't just depict nature with birds and creeks. That alone would suffice as a means to advocate the imperative of preserving nature, by describing its full beauty in sound. But this symphony isn't just about that. It also deals with the relationship of humans with nature. On one hand, it looks at nature as a place of retreat, but on the other, it also depicts the onset of industrialization, addressing the ability of humans to create new things and thus interfere in nature. And it calls on humans to use their powers as a force of good for the benefit of the future.

How does Beethoven communicate these messages musically?

The first movement is rather atypical for Beethoven: it is experimental by his own standards, with the many repetitions giving the feeling of time slowing down or standing still. It's all about forgetting yourself and allowing yourself to be absorbed. It's about exhaling, letting go - and seeing nature as a refuge, a source of harmony and a point of balance. Kaftan thinks of the symphony's movements as not only a journey through nature, but as a narrative describing the relationship between man and nature

The third movement starts off in posh, polite and knightly tones. We don't see some yokel from the backwoods but instead an elegant city dweller who is gradually drawn into the scene and probably ends up at a festival in the countryside, where he undergoes a kind of "back to the roots" experience. He's drawn into this by the elemental forces of nature.

At the height of these events, a massive storm stops everything. But it's more than just a rainstorm with thunder and lightning like you can hear in music by Rossini. There's a major upheaval, and you hear motifs from music played during the French Revolution. So this is actually about overthrowing the existing order - definitely a purge and a cleansing experience.

The storm gradually dies down, and then we hear a melody which was highly popular back then and still is today. The last movement begins with a "Kuhreigen" – a cow waltz. This kind of melody is still played today on the alphorn in Switzerland to encourage cows to produce more milk.

You could see this moment as simply a romanticized dream of Swiss milk and high-quality chocolate. But at the time when the Sixth Symphony was written, Switzerland was highly charged politically, and listeners at that time would have associated that with those sounds. Freedom struggles were taking place in Switzerland; just think of William Tell. I see this last movement as a hymn to humanity and the power of humans to change things. It's a call to action, quite unlike, say, the music of Anton Bruckner, where the message is to trust in God and the divine order. 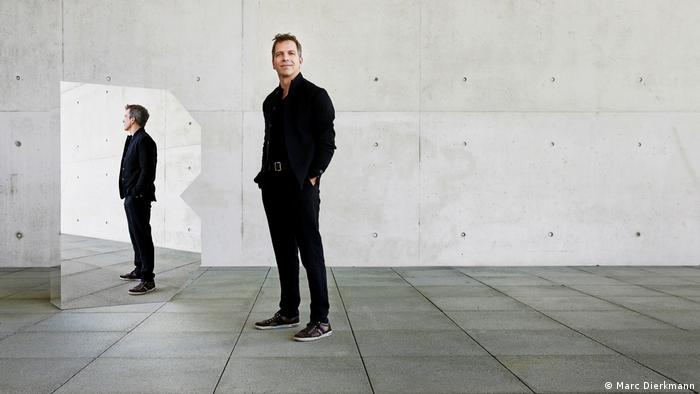 If someone had told Beethoven that in 200 years' time his music would be used as a means to draw attention to the threat of a global natural disaster, would he have been surprised? We must bear in mind that he wasn't exactly lacking in self-confidence…

He'd certainly be surprised about the state the world is in. No one had any idea at that time what industrialization would come to mean. But even back then, leading agriculturalists were discussing the effects of massive interference in nature. And Beethoven was well informed about the intellectual issues of his time. 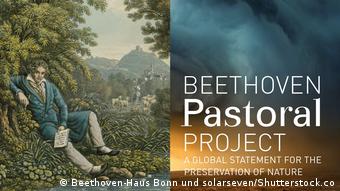 With regard to his self-esteem, it's true that at times he knew fully well how important he was. But at other times, he was broken and desperate. He vacillated widely between the two extremes. But none of the composers of his time thought their music would be played centuries later. Back then, people performed only new music, while older pieces were used for study purposes.

Beethoven once explained that the Pastoral Symphony was not intended as a sonic description of nature but rather the expression of the kinds of sensations one has there. He expresses his own sentiments with the goal of generating these feelings in his listeners. So is the Sixth Symphony mostly a personal statement, or does Beethoven have a bigger goal in mind?

Well, both things are true, but I think it's more about the bigger goal. Beethoven never shared much of his private life. He saw himself as too inconsequential to want to reflect personal or biographical experiences in music. He nearly always focused on the big picture.

In the run-up to the 250th anniversary of Beethoven's birth in 2020, former German President Joachim Gauck declared commemorating him a "national task." But is it even possible to do full justice to Ludwig van Beethoven?

No, it's not – and that's the great thing about it! You just have to plunge into the task and not be petrified by its magnitude. You have to take Beethoven's music by the horns, make it tangible and create experiences around it. If you just put Beethoven on a pedestal and worship him, nothing new will come out of it.

And as the city of Beethoven's birth, Bonn is at the center of these preparations. Lots of new things are brewing…

Yes, ideas are bubbling up all over town. I hope they will lead to productive and creative results, and that's how it's looking at this point.

The great thing about Beethoven is that people associate so many positive thoughts and ideas with him. But we also know that his music can be abused: many dictators have implemented his legacy to their own ends. Dictators like Stalin and Hitler were great Beethoven admirers. But Beethoven's core focus was on international good will, freedom and global solidarity. These are highly modern values, and work on implementing them is nowhere near finished.

Listen to music inspired by Beethoven

We'll never know what the composer actually heard when he was going deaf, but the new music in this program gives us an idea of his internal hearing processes. That along with Beethoven's Piano Concerto No. 4.  (14.11.2017)