Undeterred by coronavirus, the Beethoven anniversary gets another year | Music | DW | 20.05.2020

Undeterred by coronavirus, the Beethoven anniversary gets another year 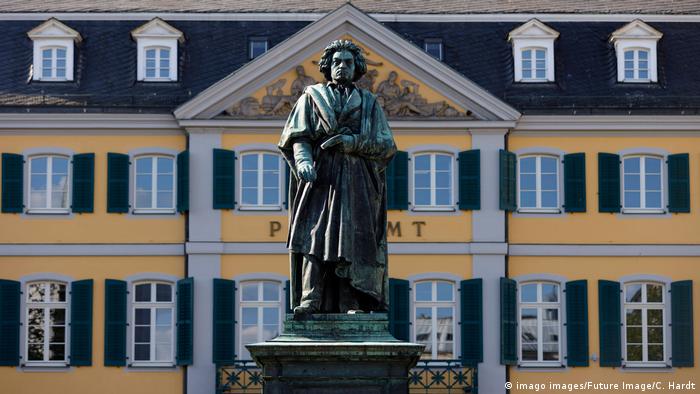 From high-caliber symphony concerts to home recitals, dance and performance happenings, some 300 projects saluting Ludwig van Beethoven were to make him omnipresent in his anniversary year. In preparation for the festivities, the German government earmarked ‎€27 million ($29.6 million), and the BTHVN Anniversary Society in Bonn, Beethoven's birthplace, was tasked with coordinating the nationwide events.

Then coronavirus arrived and nearly wiped the entire schedule clean, including spectacular events such as the simultaneous performance of the Beethoven Orchestra Bonn and the Vienna Symphony, planned for May 15 — not to mention a double-barrel edition of Beethovenfest Bonn, in March and September 2020. The singular biographical Beethoven exhibition in Bonn's National Art and Exhibition center was closed down ahead of schedule, and the Beethoven Barge never pulled up anchor on its scheduled journey from Bonn to Vienna. It was meant to symbolize the connection between the two cities where Ludwig van Beethoven spent his life and would have included many stops along the way. 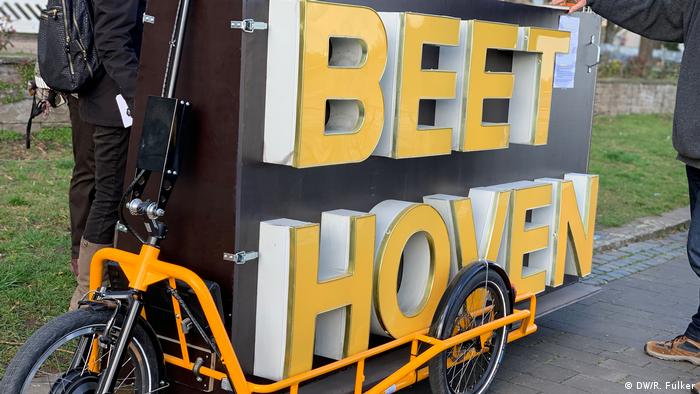 The Beethoven Anniversary Year is going ahead with more modest means

But in a ray of hope for concert-makers and concertgoers, the anniversary year is being extended with the intention of salvaging as many projects as possible.  Beethoven's birthday falls around December 17, 1770 — the exact date is unknown — which made it logical for the supervisory board of the Beethoven Anniversary Society BTHVN2020 decided to carry a large part of its budget over to the 2021 calendar year.

"That means stretching the Beethoven Year by 250 days until mid-September 2021," explained Günter Winands, office head of the National Commission for Culture and Media and chair of the society's supervisory board. Depending on how the pandemic unfolds, the hope is that some special Beethoven events can even go ahead in the autumn of 2020. 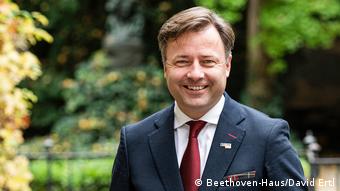 Malte Boecker is remains optimistic — and is juggling his datebook

"The pandemic is impacting the entire arts world. But we want to make as many of the original 300 projects happen, so they are being rethought or postponed," explained Malte Boecker, director of the Beethoven House and artistic manager of the Anniversary Society, in an interview with DW.

Now the organizers are hastily reshuffling their schedules, determining which events can be postponed or revised and which ones can go ahead in cyberspace.

"Our March edition was canceled on very short notice, our autumn edition set back a year," Beethovenfest director Nike Wagner said in a DW interview. "So we're currently in a whirlwind of dates, times and numbers. The same artists and ensembles of the 2020 season have to be available in 2021, the venues too."

"There's a good chance that quite a lot can be carried over to next year," says Johannes Plate, program executive of the Beethoven Anniversary Society, whether concerts, exhibitions, avant-garde music projects or commissioned compositions. New concert formats are the key, added Malte Boecker: "Everyone is forced to innovate, particularly with digital strategies." As an example, the "Junge Theater" (Young Theater) is reformatting its Beethoven-related stage piece into an online game. 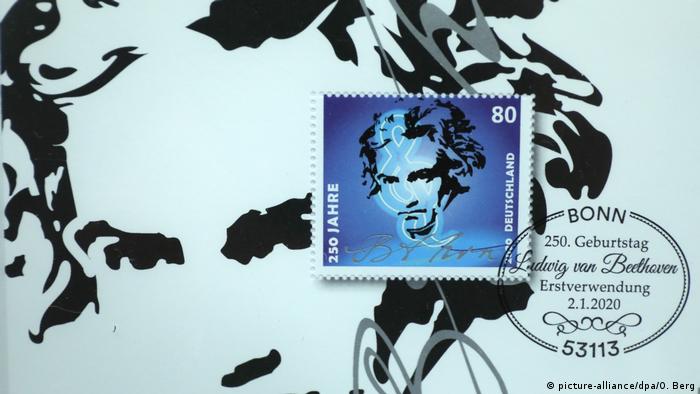 Depending on the availability of artists and performance venues, some events can be rescheduled for the Beethovenfest 2022 or later. These will then conicide with the tenure of the Beethovenfest's newly named artistic director, Steven Walter.

Beethoven immune to the plague

Despite the setbacks to the anniversary year, Beethoven himself seems to be weathering the crisis well — and even providing inspiration. "I think that the whole subject of Beethoven is stronger in a situation of social isolation. People haven't lost their interest in him. On the contrary! The balcony concerts and digital formats have been real hits," Malte Boecker observed.

Ludwig van Beethoven is the archetype of an artist who advanced himself and his music against all odds — an important symbol amidst the coronavirus pandemic, says Boecker. "Beethoven is a perfectly clear expression of hope in life. I put a playlist together with works by him that can carry us through this crisis. Works that give us strength." 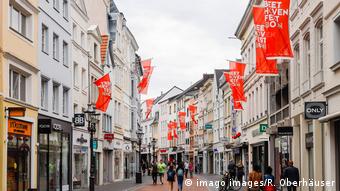 Depending on the success of efforts to contain the virus, the revised Beethoven anniversary year will launch in late 2020 with a concert in Bonn on December 17 by the West-Eastern Divan Orchestra, under its artistic director Daniel Barenboim. That would mean that what was supposed to be the culmination of the Beethoven Year will now be the beginning of its extension.

The life and work of Ludwig van Beethoven are to be explored in a major exhibition that is set to open next week in Germany, as the country prepares to mark the composer's 250th birthday anniversary. (14.12.2019)

Everything you need to know about Ludwig van Beethoven