After the journey from Bonn to Vienna was canceled, the crew put their heads together and came up with 24 hours of programming. 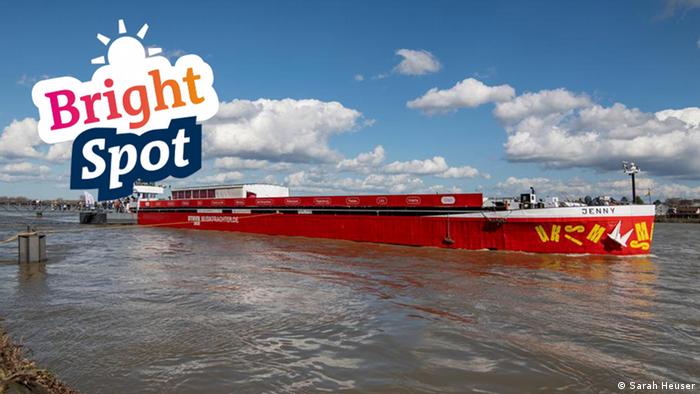 Tied to the bank of the River Rhine at Bonn, the BTHVN2020 Music Barge (Music Frachter) and its 14-stop, six-week tour from Bonn — the city of Ludwig van Beethoven's birth — to his eventual home in Vienna was suddenly taken off the agenda. The reason — as for just about every change of plans worldwide in the past two weeks — was the Coronavirus pandemic. Undeterred, the project team said, "The show must go on!"

The tour was called off only hours after the barge had been ceremoniously christened on March 12 by Beethovenfest director Nike Wagner. But the Beethoven Anniversary Society and the Netzwerk Junge Ohren (Network Young Ears, or NJO) decided "to go on using the music barge as a symbol of participation and carefully considered activity," explained project director Lydia Grün to DW – and that, "despite the growing resignation of creative artists who are facing an extremely precarious situation."

The onetime coal-carrying barge named Jenny, converted into a floating stage, was to have embarked on the six-week journey from March 12 until April 20. Scheduled during the panned stops on the way were performances on board and on shore, including local musicians, workshops, music theater and interactive events.

With the tour cancelled, the team leapt into action: artists and others were activated, the barge's stage converted. The first greetings from on board came only three days later, which served the dual function of testing the ship's hastily-established digital studio, said the former NJO Managing Director Lydia Grün. 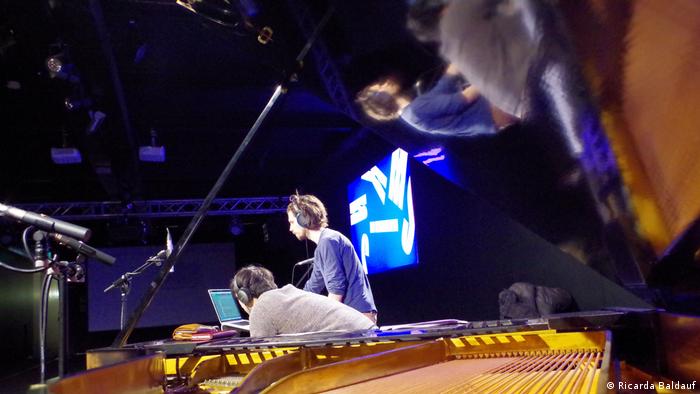 In a mere two weeks, a completely new concept was not only thought up but also completed: concert performances, jam sessions, tutorials, workshops, interviews and original formats. "For that, material had to be produced with as small a crew on-board as possible, with added content brought in from outside," said Grün.

Productions from the ship and the living room

As though wanting to demonstrate that arts life in Germany has definitely not ground to a halt during the virus crisis, the protagonists came up with a program of astonishing scope and variety on short order: two twelve-hour stretches, hosted in a live stream on YouTube on Saturday and Sunday, March 27 and 28, much of it targeted to children and young people.

In pre-recorded sessions, the on-board performers include classical musicians from Bonn, two local singer-songwriters and a subset of the indie-band Stattlandfluss. Added to that are interviews on Skype with the German TV host Malte Arkona of KiKa (The Children's Channel of German public television), the star cellist Tanja Tetzlaff and the church musician and educator Friedhelm Bruns, known in Germany for explaining to children how church organs work.

At least half of the total music performances were played by musicians at home, said Lydia Grün. They include appearances by renowned classical ensembles and stars such as the Mahler Chamber Orchestra and the young pianist Herbert Schuch. 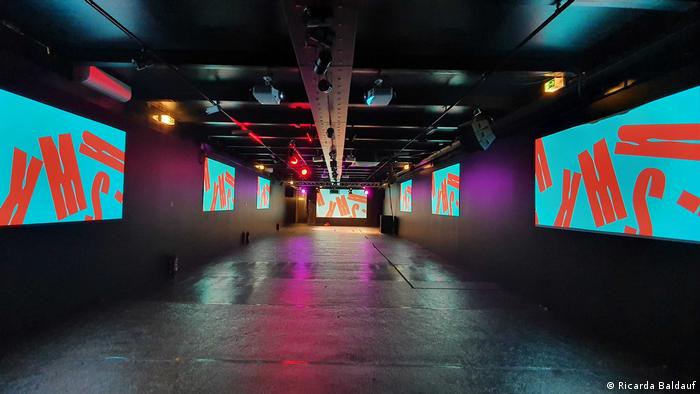 This room was supposed to be an events' space, but the global coronavirus situation forced organizers to cancel those plans

Among the off-ship productions are rebroadcasts of "WDR Concerts with the Mouse," a program of music education for children ages five to ten, focusing this time on Ludwig van Beethoven. Jeunesses Musicales Germany, an organization for the promotion of young talent, contributed a tutorial on instrument making. Stadtrausch (City Noise) from Düsseldorf, a crossover project melding classical music and jazz, participated, as did the Schlafkonzerte (Sleeping Concerts) from Leipzig – an enterprise that offers musical performances to reclining audiences.

"We'll have a children's program in the morning, then one for older children and youth, and in the evening, a long stretch of concert performances," is how Lydia Grün explains the lineup, which is complemented by short segments and statements giving a backstage view of the on-board activities. 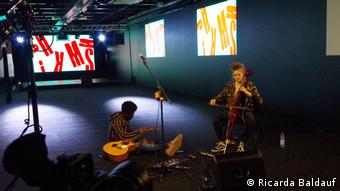 Digital technologies enable musicians to broadcast their performances around the globe

The Music Barge's six crew members - Alina Marie Hilfer, Benthe Betz, Katja Kuklinski, Michael Schuster, Ricarda Baldauf und Vanessa Wang – were chosen last year and originally commissioned with social media, stage management and artists' management during the ship's journey from Bonn to Vienna. When the tour was called off, they were immediately given new tasks including booking, editing and production. The crew remained on board: "A maximum of six", said Grün, "then, to comply with regulations, reduced to four at a time, then two."

The response on and behind the stage is already "overwhelming," says Lydia Grün. "Everyone is tremendously grateful that they can continue producing. In that, you can see how terrified artists are of losing everything."

And the audience reaction? "We'll see on Saturday and Sunday," adds Grün.

And then? That will be the end of the project "BTHVN2020 Music Barge." The ship will then return to its more recent function: not hauling loads of coal but going on annual interactive exhibitions under the name MS Wissenschaft (Motor Ship Science).