'A rights declaration that does not deserve the name' 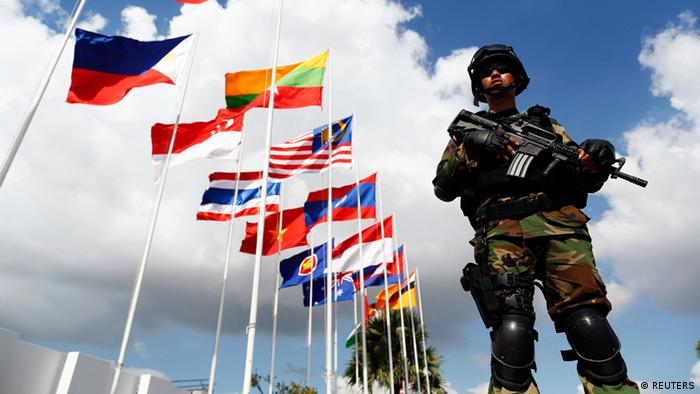 Deutsche Welle: After a lot of hemming and hawing, the 10 ASEAN nations ratified a human rights declaration at their summit in Cambodia. That actually sounds pretty good. However, your organization has sharply criticized the declaration. Why?

Verena Harpe: The text of the document has now been published and from Amnesty International's point of view I must say that this human rights declaration absolutely does not deserve the name. We demanded up to the end that this text not be ratified because in its current form it simply undermines international human rights standards.

Our criticism is that the document imposes all sorts of limitations on human rights. For example, rights can be restricted if they endanger public security, public morals, or public order. These are very foggy phrases that just open the door to abuse. At another point in the text it says that human rights and basic civil rights must be weighed against public duty, and that is something that does not coincide with the concept of human rights. 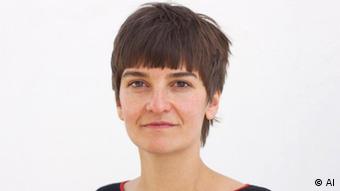 Verena Harpe is an Asia expert for Amnesty International Germany

Does the declaration basically reflect your expectations, or is the text, in your view, worse than you feared?

We did not expect the text to be satisfactory because even in the run-up to its ratification there were a number of problems and the whole process was not at all transparent. Civil society was excluded from participating and there were almost no consultations. As a result, we did not have especially high expectations, and what actually ended up in the declaration really undermines the standards that even the ASEAN nations had set for themselves; for example, at the human rights conference in 1993. So, you could say we were negatively surprised.

Against this backdrop, is this human rights declaration a farce for you, or is the fact that such a document was even passed essentially something to be viewed positively?

The way it stands now you would simply have to say that this human rights declaration permits the violation of human rights. On the basis of this declaration – if you had evil intentions – you could criminalize people who peacefully express different political opinions. That is something that happens to some extent in ASEAN member countries. In the last few months there was a case in Cambodia where a 71-year-old man was sentenced to 20 years in prison based on absurd accusations. Bloggers in Vietnam have also received draconian sentences. So, of course, you have to say that on the one hand it is good that steps are being taken to create regional mechanisms, but the form in which this is happening is anything but good.

You mentioned that some of the 10 ASEAN members face criticism due to the human rights situation in their countries: Vietnam, for example, where the Communist leadership increasingly uses a heavy hand in dealing with regime critics, or Myanmar, whose military junta is slowly opening after decades of repression, but where human rights violations are still a common occurrence.

This is certainly the case – and a big problem, especially in Myanmar. Of course, there have been reforms there, but even after the last amnesty due to the visit by [US President Barack] Obama, many political prisoners continue to sit in jail, and there are still grave human rights violations in ethnic minority areas. A very good example is what happened in Cambodia prior to the ASEAN summit. People were badgered and bullied who had wanted to organize and meet on the sidelines to protest against the human rights declaration.

In the run-up some details about the declaration were leaked and the Cambodian government simply turned off the electricity of those people and closed their meeting places. Hotels and guest houses were harassed and intimidated and told not to provide lodging for these people. That is the reality in some ASEAN countries and so we are concerned that this human rights declaration will give such practices even more legitimacy.

ASEAN members have very different political systems – from young democracies, like the Philippines and Indonesia, to constitutional monarchies, like Cambodia and Thailand, to authoritarian states like Malaysia and Singapore and communist one-party systems like Vietnam and Laos. With that kind of broad spectrum, is it even possible to speak with one voice on issues like human rights?

Yes, there is a very wide spectrum. At Amnesty International we are not really interested in what specific form of government a country has. For us, the only thing that counts is that human rights are observed.

But, depending on the form of government, those conditions can be better or worse…

That is true, of course, but I must say that also in countries like Indonesia or the Philippines we have seen serious human rights violations. Certainly, it is a process, but we expect from a human rights declaration that it, at least, sets standards that are not below those that have been internationally recognized, and that then you work to improve the situation in the individual countries. But, the fact is, that the ASEAN human rights commission established in 2009, for example, cannot accept individual complaints and only works on a consensus basis. That is a long way off from what other regional human rights mechanisms can do, for example in Africa or Latin America, where there are also countries with poor human rights records. But there, they do have a declared goal - and that is exactly what we criticize about ASEAN.

Is anybody listening to this criticism?

We have been criticizing for many years. Together with many other organizations – international human rights and civil society groups in ASEAN countries – we have written an open letter and conducted a lot of lobby work, but we have noticed that at the moment we are not really getting through to the ASEAN states.

Verena Harpe is an Asia expert with Amnesty International Germany. She was interviewed by DW's Esther Felden.

US President Barack Obama has arrived in Myanmar, the first sitting American president to do so. Critics say there are still serious human rights concerns about the country's treatment of ethnic minorities. (19.11.2012)