US President Barack Obama has arrived in Myanmar, the first sitting American president to do so. Critics say there are still serious human rights concerns about the country's treatment of ethnic minorities. 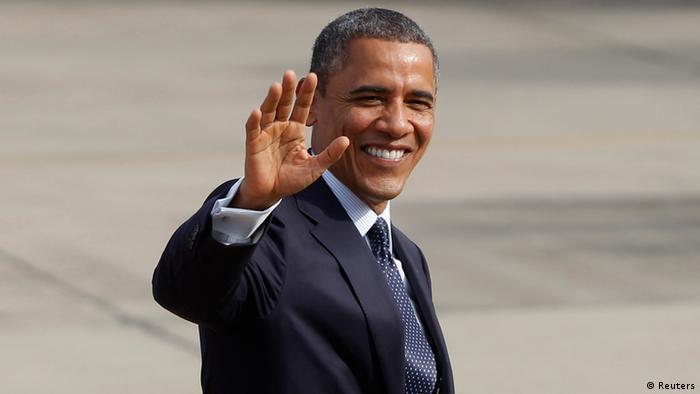 Obama landed in the former capital of Yangon Monday, where he was met at the airport by Vice President Nyan Htun and Deputy Foreign Affairs Minister Wanna Maung Lwin. It is Obama's first trip abroad since winning re-election earlier this Month.

As his first stop on the trip, Obama travelled to the country's parliament to meet with President Thein Sein, who has undertaken a series of political reforms since taking office in March of 2011. The White House says the visit to Myanmar, also known as Burma, highlights his country's achievement of dramatic changes over the last year. Obama also met opposition leader, Aung San Suu Kyi.

Obama has received criticism from human rights activists who say that the government of Myanmar still commits abuses against ethnic minorities, including the Rohingya Muslims in the western and northern parts of the country.

"President Obama should make clear to the Burmese president that the attacks on the Rohingya need to stop if the Burma government wants to avoid renewed sanctions and the suspension of renewed military-to-military dialogues with the United States," said Brad Adams, Asia director at Human Rights Watch.

"This is not an endorsement of the Burmese government," Obama said while in Bangkok Sunday, the first stop on his three-day tour of Southeast Asia. "This is an acknowledgement that there is a process under way inside that country that one-and-a-half years ago nobody foresaw."

The Obama administration has said that they hope to "lock in" the democratic changes that have taken place thus far, in addition to pushing for further action, including the release of the remaining political prisoners and stopping ethnic violence.

Obama's tour is aimed at implementing the so-called "Asia pivot" - his country's strategic shift towards the region to counter China's rising influence.

Obama travels to Cambodia Tuesday for an Association of Southeast Asian Nations (ASEAN) meeting in the capital, Phnom Penh, where the South China Sea dispute and a controversial human rights declaration are expected to take center stage.