The United States (along with Mexico and Canada) has applied to host the 2026 World Cup. Soccer officials say it would bring the US and Mexico closer together. However, there is already resistance to the idea in Mexico. 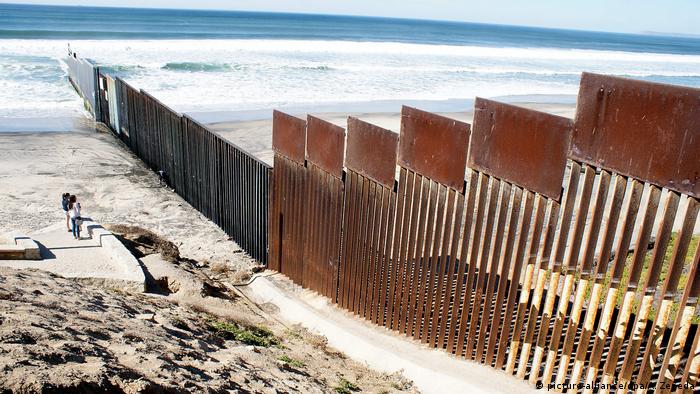 Marty Albert stands in front of a fence, which is currently part of the border between Mexico and the United States. It is precisely here, south of San Diego, that the construction of the border wall that US President Donald Trump promised his supporters that he would build if elected, is supposed to begin. This is despite the fact that nobody yet knows who is going to pay for it and Congress has not approved any funding for the project. The way Donald Trump sees things; this is meant to be a wall against Mexico. The United States Soccer Federation (USSF), meanwhile, is making plans to host a World Cup in cooperation with Mexico.

Marty Albert shakes his head. This American soccer fan has been traveling to the home games of Liga MX team Xolos in Tijuana, Mexico, which is just over the border.

"The joint World Cup bid is awesome," he says as he gazes at the fence that separates the two countries. "This would bring us neighbors even closer together. At the same time, this monstrosity prevents many people from attending games whenever they want to."

The unreserved support of the president

Back in April the heads of the US, Mexican and Canadian soccer associations held a press conference in New York to unveil  their joint bid to host the first World Cup that will be made up of 48 instead of 32 teams. This means there will be 80 matches, as opposed to the current 64. There will be more money earned, more venues and more spectators than at any previous World Cup.

Their hope is that their joint bid will be approved at the FIFA Congress in Bahrain this week - without a long, drawn out application process. After all, nobody else has expressed the intention of launching a bid, while Asia and Europe are ruled out of hosting the tournament in 2026 in the first place, as they already have the previous World Cups (Russia in 2018 and Qatar in 2022). In the confederations of Oceania and Africa there are few countries that would have the necessary stadiums, hotels and training grounds to host such a large World Cup, although there have been rumors that Morocco and Ivory Coast may be considering a joint bid.

The brains behind the North American bid is the head of the USSF, Sunil Gulati. He is one of the most influential football executives in the world.

"Sometimes sports can bring people together, particularly when it comes to the current tensions between the United States and Mexico. We have President Trump's complete support for the joint bid," Gulati told German public broadcaster ARD. 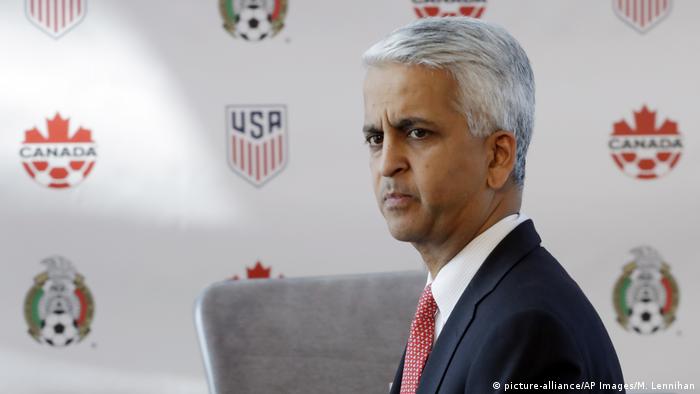 This is a curious statement in view of the fact that the American president is sticking to his plan to build a wall along the country's border with Mexico and that he has also spoken of ditching the North American trading pact NAFTA.

So the World Cup bid remains politically controversial, particularly because the plan is for Mexico and Canada to host just 10 games each, while the US would host 60 matches, including all games from the quarterfinals onwards.

"We could have gone it alone," Gulati said."Mexico and Canada would have had to build stadiums if they wanted to host it by themselves. But of course Canada and Mexico are positive for our image. Latin America is included and Canada is respected internationally. Of course it is helpful."

'Nobody can understand it'

However, the image of this World Cup is already in danger of being tarnished, something that quickly becomes clear when you travel south of the border to Tijuana, Mexico. Sunil Gulati has promised that the US government will guarantee that all fans will be granted entry into the country, despite the wall and despite Trump's decree banning citizens of certain Muslim-majority countries from entering. Fans of Xolos don't believe Gulati. No matter who you spoke with at the recent Liga MX game between Xolos and Toluca, the first and second-placed teams in the league, nobody saw the World Cup bid in a completely positive light. 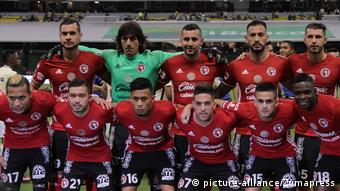 "Nobody can understand it," Rigo said. "They want to organize a joint World Cup but at the same time they want to put up a wall to divide us."

Marty is also at the game, just like 8,000 other fans from the United States, who cross the border for every one of Tijuana's home games. They do so largely on account of the atmosphere, which is hard to find in American sports. For the full 90 minutes Xolos' ultras sing and jump so that you can feel the stadium shake.

When you ask the ultras about the joint bid, you find that they are disappointed that Mexico would only host 10 games.

"Support for football here is very passionate," one of them says. "Football in the United States is still in the development stage. The joint bid ignores Mexico's football heritage, having already hosted two World Cups (1970 and 1986)."

This would make Mexico the first country to host three World Cups and it would be the first time that the event has been hosted by three countries. It would also be a World Cup in which politics are at the forefront of what's on the fans' minds.