A German artist's eternal project for a Jewish cemetery

Yvelle Gabriel has created glass "light spheres" for a huge new underground graveyard in Jerusalem, Israel. His work symbolically references the concept of the soul in Kabbalah, Judaism's mystical teachings. When one of the world's largest underground cemeteries opened on Wednesday, German artist Yvelle Gabriel saw his five "light spheres" for the very first time, hanging in immense catacombs some 50 meters (164 feet) below Jerusalem. The last time Gabriel was in the city he installed the prototype. The geometric lights are meant to hang in this newly built cemetery for a literal eternity — because the graves are here for eternity, too, as Jewish law prescribes.

With 170,000 graves above ground, the Jewish cemetery Har Hamenuchot, or Hill of Rest, is the largest in the holy city. It's located on a peaceful hilltop that is not too close to the center, but not too far away from it, either — again in accordance with Jewish law. For four years, it has been the site of digging and building in order to extend the cemetery by an initial batch of 8,000 graves, located deep inside the hill. It's a massive project, costing around €76 million ($85 million). Within the next two years, another 16,000 underground graves are planned, a measure aimed at alleviating the serious shortage of burial space in Israel. And Yvelle Gabriel has been commissioned with creating at least another five "light spheres" for them. 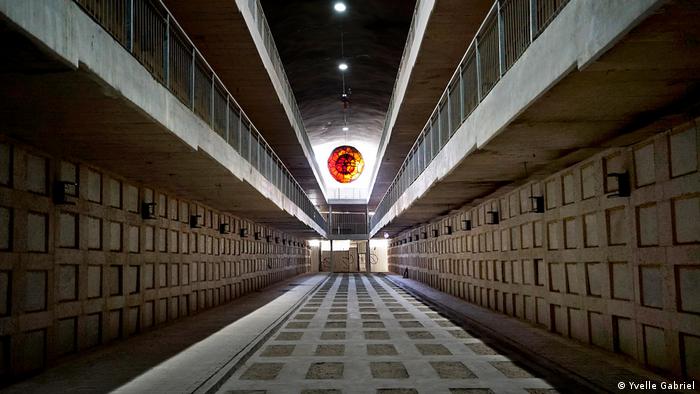 The Har Hamenuchot cemetery will eventually provide a total of roughly 24,000 underground gravesites

The lights objects are installed in long passageways, spanning a total 1.7 kilometers (1 mile), so that they are visible no matter where you stand. Each one weighs around 800 kilograms (1,764 pounds) and has a diameter of around 3 meters (9.8 feet).The glass art works consist of twelve pentagons, forming what's called a polyhedron in geometry. In the Kabbalah, the Jewish mystical teachings, this shape corresponds to the ether, the very essence of life: the soul.

Climbing up to the second level in the multistory catacombs and looking at the "spheres" from up close, a second polyhedron is visible within the larger outer one. With the different colors of the glass pieces  — amber, red, yellow, and streaked — the object within the object emanates a fascinating glow that changes slightly depending on the angle. The symbolism runs even deeper, too, since in the Kabbalah, the body is a mantle for the soul that is stripped off at death 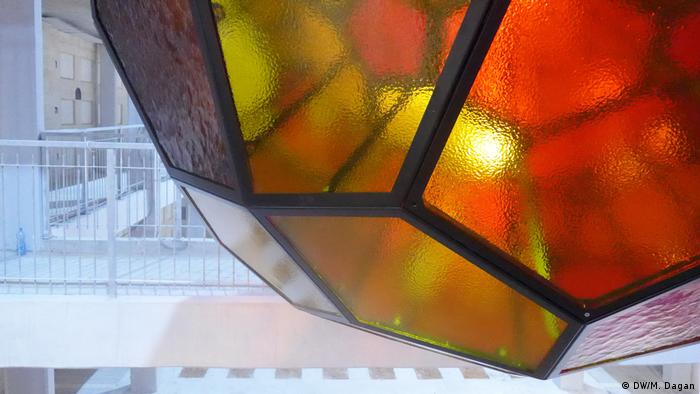 'No doubts' about the commission

Yvelle discussed the symbolism and almost every step of the creative process with Chananya Shachor, the manager of the burial society responsible for the graveyard. That a non-Jewish, German artist was commissioned with a task rooted in the important Judaic ritual of burial is partly a result of the personal encounter between the two. Gabriel had heard of the new cemetery in a TV report and approached Shachor in February 2018 about creating artwork for it. They connected immediately, and within 24 hours it was a done deal.

"I recognized right away that Gabriel has a connection to and also deep knowledge about Judaism. He is a very spiritual person. I had no doubts whatsoever about giving him this commission," Shachor explains. By now, the two men have become friends. Shachor himself speaks some German because his parents had fled Nazi Germany. "German culture was part of my home. We sang children's songs such as 'Hop, Hop, Rider' and everything. So in a way, this cooperation was something very natural to me," he reflects. 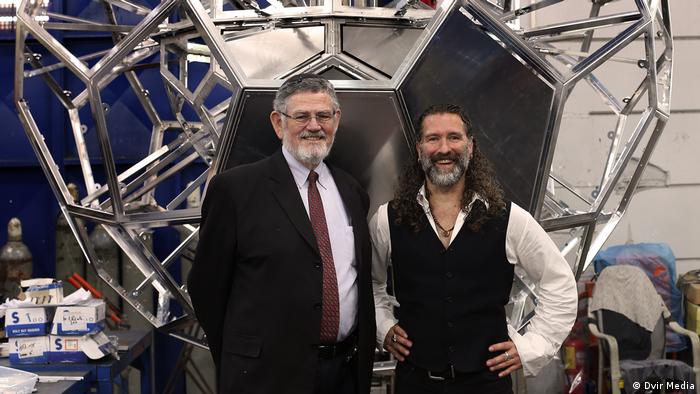 Prior to the cemetery project, Gabriel had created a monumental religious art work for the synagogue of the Chaim Sheba Medical Center in Israel. It received significant attention and was a sign of great trust from the Jewish community, which traditionally can be quite reserved.

For Gabriel, it was a transformative experience, and the first time he really dealt intensively with Judaism. For the long-term project, he rented a studio in Israel and began working together with the local glass and metal specialists, whom he continues to collaborate with today.

No about 'being German'

"With the Sheba project, my being German was a major issue for me. It suddenly made me feel that it's ok to be German!" says Gabriel. Transformation and reconciliation are his big motifs: reconciliation between religions, but also reconciliation with your own past.

With the cemetery project, something changed. "It wasn't about my being German anymore. Chananya and I spoke about history, of course. But we set aside the question of blame. Everything in this project was just self-evident. It was never about my not being a Jew. And that's special, because we are talking about a Jewish graveyard here," Gabriel recounts. 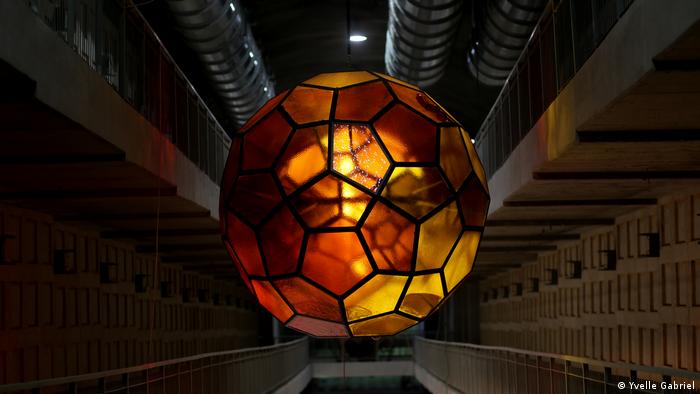 The artist, who was born in 1969 in the western German city of Mainz, lives with his family in a farm house by the river Lahn near Frankfurt. He travels back and forth between the glass workshop not far from his home and the studio he rents in Israel.

He recalls how at the start of the project, he sometimes had a few moments to himself in the catacombs, after all the workers had gone home. Then he would imagine what it would be like when all the graves are occupied and his "light spheres" accompany the souls on their last journey. And what it would be like in the very faraway future, when this might be a deserted place, his lights covered in dust, but still there. After all, the rust-resistant aluminum and the thick glass were designed to last an eternity.

How can a Frankfurt theater bring a deeply Israeli experience of war, trauma and violent loss to the stage in Tel Aviv? A German-language production of Grossman's "To the End of the Land" grappled with this challenge. (02.07.2019)