Israeli construction workers unearthed a cave in Tiberias which was likely a family burial space from Roman times. 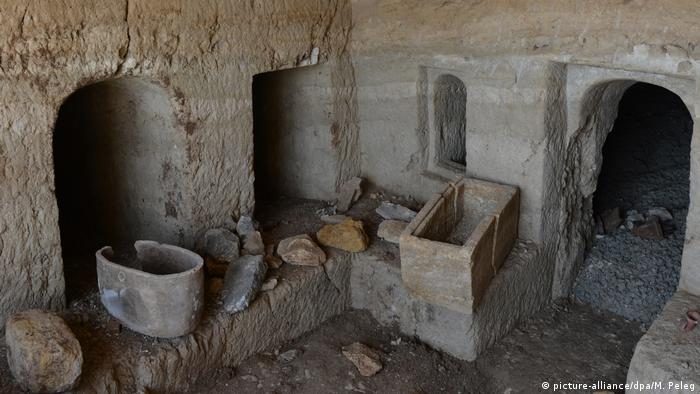 Construction workers using a digger exposed what appeared to be an ancient burial site some 10 meters (33 feet) underground while working in Tiberias, a city in northern Israel located on the Sea of Galilee, a spokesperson from Israel's Antiquities Authority confirmed on Monday. 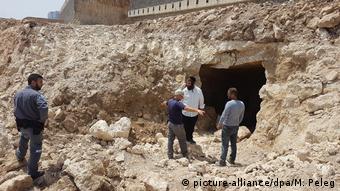 A digger exposed the cave during construction work

The space is some two meters high and includes an entranceway as well as the central chamber containing more than 10 grave niches. "The cave must have been a burial space for a family living in Tiberias or a neighboring village," said spokesperson Yair Amitsur, adding that the discovery is "virtually one-of-a-kind" for this area.

The craftsmanship on the limestone is of high quality, she said, with meticulous decoration and engravings in Greek, leading researchers to believe that the family was wealthy. The entranceway is plastered over in color. 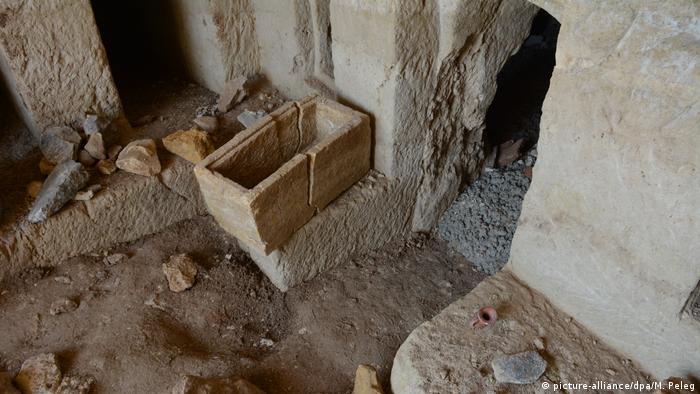 The chamber also contains decorated chests of stone and ceramics, in which the bones of the deceased were placed. The grave niches were used multiple times.

According to Israel's Antiquities Authority, Tiberias was founded 2,000 years ago, in the year 18 A.D., and named after Roman Emerorer Tiberius.

The Prussian Cultural Heritage Foundation runs Berlin museums — and one of the world's largest collection of exhibits. The film "Berlin's Treasure Trove," co-produced by DW, rbb and Arte, explores the foundation's work. (14.05.2018)

Ata, Ötzi and Tutankhamun: What's so fascinating about mummies?

Mummies tell us stories of past times, with some going as far back as thousands of years ago. But how does mummification work? And what are the world's most famous mummies? (26.03.2018)