A French lesson for Europe′s foreign policy | Europe | News and current affairs from around the continent | DW | 06.10.2014

As the EU's new foreign policy chief Federica Mogherini faces a European Parliament confirmation hearing, she and the EU are still searching for a clear direction, writes Nick Witney. 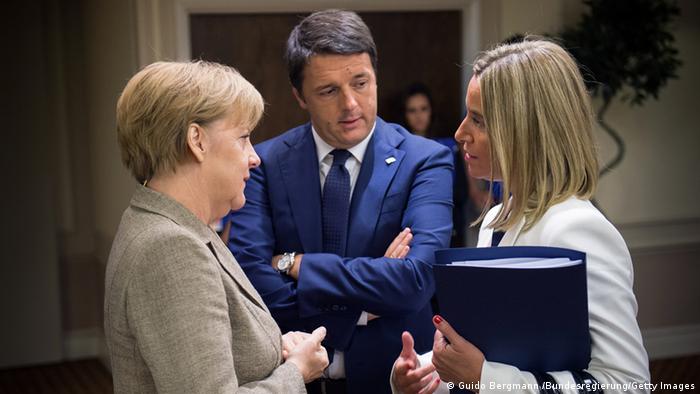 One hundred years ago in the second month of the Great War, as French forces struggled to block the road to Paris, General Ferdinand Foch signalled his commander "My center is giving way, my right is retreating, situation excellent, I am attacking."

Here is a response that Federica Mogherini, now Italy's foreign minister but nominated by European leaders as the new EU foreign policy chief, might want to ponder, as she contemplates the task that awaits her. As she has said herself: "I know the challenges are huge, especially in these times of crisis." For, as though it were not enough to confront Ukraine and much of the Middle East in flames, Ms Mogherini will have to contend with two even more fundamental challenges.

The first is simply the rapid erosion of European power and influence in the world. The past decade has been one of historically unprecedented global change. The Western hegemony is over; Chinese GDP is poised to surpass that of a United States which is stepping back from its role as global policeman; the Western-designed international order is under increasing challenge, by Russia most notably but also by rising powers such as India and Brazil. On all the conventional power indices - economy, demography, military heft - Europe is in relative decline and is projected to continue on that path; by 2030 only six of 100 people in the world will be European.

Europe's place in the world 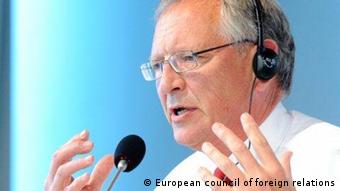 Such change is the inevitable consequence of globalisation; and it has many welcome aspects, such as the retreat of global poverty. But it does mean that resource-poor and aging Europe will have to compete a whole lot harder in the years ahead if it is to protect the security and prosperity of its coming generations. And it will have to pool its efforts and resources much more effectively if it is to retain any ability to shape the world around it.

Which leads to the second underlying challenge - the fact that a European Union which ought now to be showing an increasingly united front to the outside world is in fact heading the other way. The economic and financial crisis, with the introspection, defensiveness and mutual resentments it has engendered, is the prime cause. But the consequence is that the presumption in favour of joint European responses to external challenges, widely shared a decade ago, no longer exists; except when crisis forces them together, the member states prefer to pursue national agendas. None of the "big three" - France, Germany, the UK - can, for their different reasons, be relied on to rally European action.

To make matters worse, the Brussels world which Ms Mogherini will be entering remains largely in denial. Foreign policy discourse is still dominated by such complacent concepts as "Europe's neighborhood" - which, it turns out, is anything but ours to command - and "strategic partnerships," a label cosily bestowed on relations with anyone too big to ignore beyond "the neighborhood," including Vladimir Putin's Russia. The vaunted "comprehensive approach" to troubled regions like the Sahel has become an excuse to offer aid and advice, but eschew military involvement. I have just co-authored an analysis that sets out in depressing detail the extent of the work to be done to place the Union's foreign policy on a more realistic basis.

Fortunately, the new High Representative (as the post is known) has youth, and a strong European conviction, on her side. To succeed, she will also need luck, determination, and more support - from the member states, from the President of the European Commission and from the other Brussels institutions - than her predecessor ever enjoyed. But she will start work with the heartfelt good wishes of all who, to adapt the UK government's slogan for the recent Scottish referendum, believe that when it comes to dealing with the outside world Europeans are 'Better Together.' And, if she is disposed to be bold, the example of General Foch should encourage her.

Nick Witney is senior policy fellow at the European Council on Foreign Relations and a former chief executive of the European Defence Agency in Brussels.