A Florida Latina wants to give Donald Trump 4 more years 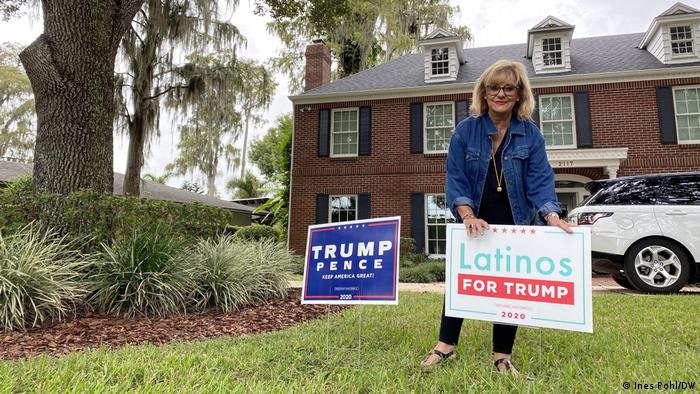 The lipstick Bertica Cabrera Morris wears matches her well-pedicured red toenails, which, visible in her leather sandals, form a striking contrast to the green, green grass of her lawn in Orlando, Florida. Cabrera Morris, a member of the advisory board of the campaign organization Latinos for Trump is busy planting signs in support of the president in the garden in front of the big brick house. Her blond hair is fluttering gently in the warm humid air. There is a lustrous sheen on the two big SUVs standing in the driveway.

Cabrera Morris is a vocal member of the Florida Latino community that helped hand President Donald Trump a projected victory in the Sunshine State in the 2020 election. She was also a surrogate for Donald Trump's 2016 campaign.

Cabrera Morris has lived in the United States for over 50 years. She was 14 when she fled her home in Cuba — which lies just under 170 kilometers (90 nautical miles) across the Straits of Florida from Key West — with her mother. "They took everything away from us," she said. My father was put in a work camp because he didn't want to give in to the socialists." That was 1967, eight years after the revolution led by Fidel Castro. The property of international companies and rich Cubans was expropriated.

As the election neared, Cabrera Morris, who runs a business and political consultancy, said she was doing everything she could to ensure that Trump remains in the White House for another four years — and to prevent Joe Biden and Kamala Harris from assuming the presidency and vice presidency, respectively. Cabrera Morris acknowledges that neither former Vice President Biden nor Senator Harris is a socialist. But, she said, she believes that many Democrats would take the country in that direction — people such as the 31-year-old first-term congressional representative from New York, Alexandria Ocasio-Cortez, or Bernie Sanders, who has served in Congress since 1991 and is currently the junior senator from Vermont.

Read more: US election: The top 5 issues for voters

And Cabrera Morris stresses that she and her mother entered the United States legally. She does not believe that people who have been displaced from Latin American countries such as Honduras or Guatemala should be allowed into the United States — even if those people are seeking refuge because they fear losing their lives, and not just their property. "We can be an example," she said. "We can't be the safeguard of the world."

Trump's restrictive immigration stance appeals to Cabrera Morris, as do the policies that enable entrepreneurs such as herself and her husband to remain prosperous. She is not disturbed by the language Trump frequently uses to describe people from Latin America. "If he criticizes Mexican drug dealers, he doesn't criticize the Mexican people," she said. "He just wants to stop criminals." 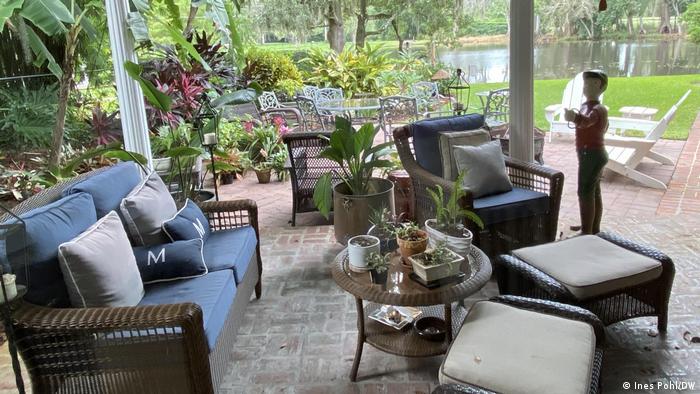 Security is also an important topic for Cabrera Morris — both at the borders and within the United States. She considers Trump the best man for the job. "Kamala Harris wants to defund the police," she said. "I want my children and grandchildren to live in safety." Moreover, Cabrera Morris blames Trump's opponents for the violence in cities such as Portland, Oregon, where federal agents were deployed to put down protests against institutional racism, or Kenosha, Wisconsin, where armed groups confronted demonstrations against police brutality, with two people killed by a Trump supporter in the streets.

Cabrera Morris loves the United States. She said she was fighting for the lifestyle that she and her mother worked hard to achieve. "We didn't have anything in the beginning," she said. "My mother worked for 65 cents an hour to give me a future." Her garden is a small piece of paradise, a reminder of Cuba. Bananas hang between the thick leaves, lush flower beds surround the patio with its inviting various outdoor seating areas, and there are abundant tangles of Spanish moss growing wild.

She frequently organizes fundraisers and other events here to support politicians. "I helped Marco Rubio get elected," she said, referring to the Republican senator from Florida, who won his open seat in 2010. The United States has been her home for half a century. There is no going back for her. And yet her voice quivers when she speaks about the night skies over Cuba and the scents — and the sounds — of the evenings. At Christmas she permits herself a little expedition into the past. She calls it her Cuba day: a day when her family eats traditional roast pork with rice and beans and goes to midnight mass. 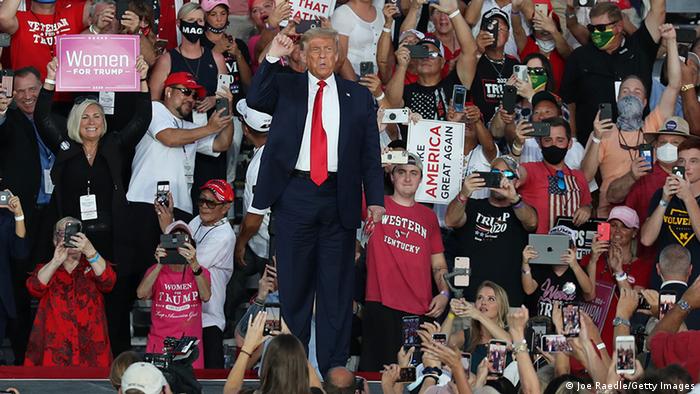 "I don't want to live through what I went through again," Cabrera Morris said while looking at the lake by the house and the golf club on the other side, which was established in 1911. She and her husband have been members for years.

This article was translated from German by JG. It was originally published on October 24, and has been updated to reflect Donald Trump's projected election victory in the state of Florida.

Donald Trump and Joe Biden sparred for the last time before election day. Though both candidates had their moments, Trump fared better with an unusually calm performance. DW correspondent Carla Bleiker gives an analysis.

The final debate before the US presidential election was a more disciplined affair than the first. DW looks at some of the claims made by the candidates.