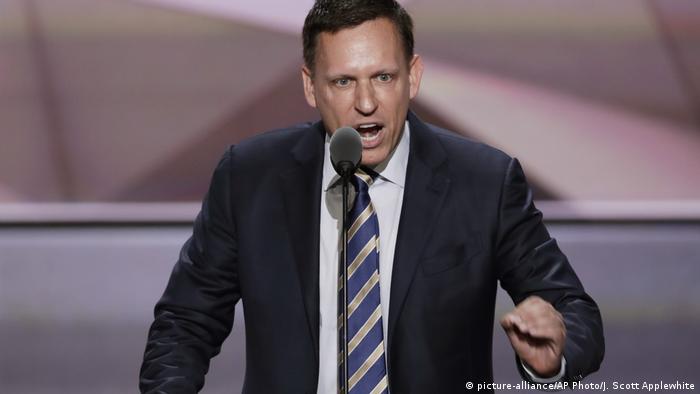 The 2021 Frank Schirrmacher prize is awarded to the German-American billionaire Peter Thiel, who gained his fortune as the co-founder of PayPal and other tech ventures.

The award ceremony is held on October 7, at the Berlin offices of the Frankfurter Allgemeine Zeitung (FAZ).

Frank Schirrmacher was an author and co-editor of the German daily newspaper.

Following his death in 2014, the Frank Schirrmacher Foundation was established in Switzerland to maintain his legacy as one of Germany's leading intellectuals.

The foundation honors intellectuals, artists and others for "outstanding achievements in understanding our current events."

Previous winners of the award include renowned authors such as France's Michel Houellebecq, Jonathan Franzen from the US or Daniel Kehlmann from Germany, as well as Chinese artist Ai Weiwei.

It was therefore surprising to see Peter Thiel join the ranks of these personalities from the cultural realm.

A look back at Frank Schirrmacher's work perhaps shows some links with the entrepreneur and philanthropist.

A new understanding of 'culture' in newspapers

Frank Schirrmacher, born in 1959, was the successor of literary critic Marcel Reich-Ranicki as the director of the arts supplement of the FAZ newspaper. 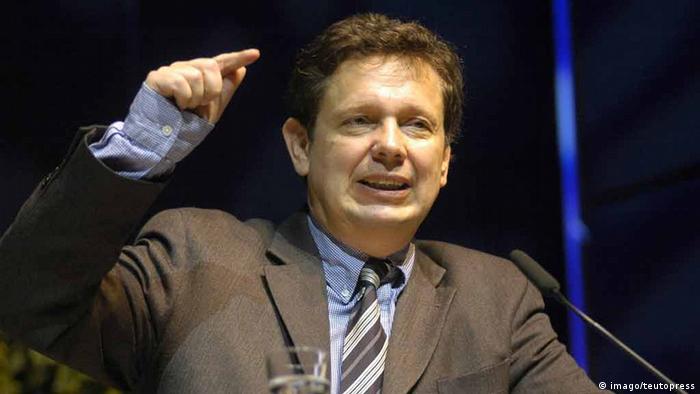 He later became one of the five publishers of the paper and opened up its feuilleton section to a wide range of topics — from natural sciences to the philosophy of technology and medical research.

Traditionally focusing on literary and art criticism, the German concept of the feuilleton was turned into a space for features, a forum for debates on ethical and political issues.

An author of books on society

Schirrmacher also wrote several books on contemporary issues. His 2004 book, Das Methusalem-Komplott (The Methuselah Plot), dealt with the aging of society. In Minimum (2006), he asserts that the family is dissolving in Western society.

Payback from 2009 examines the threats of the digital age on society. In 2013 Schirrmacher published Ego, his last book. It deals with the nature of international financial markets and the excesses that are causing economic crises.

As a financial investor involved in the digital transformation of the world, Peter Thiel therefore in some way reflects the ideas promoted by Schirrmacher.

As a partner in a venture capital firm in San Francisco and president of a hedge fund in New York, he is one of the stars of the tech scene in Silicon Valley.
Thiel, together with Max Levchin and Elon Musk (Tesla), founded the online payment service Paypal, which they sold in 2002 for $1.5 billion (€1.3 billion). 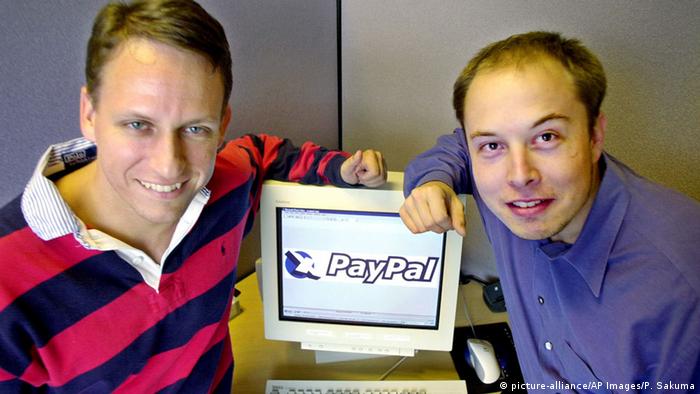 He also founded and is still chairman of the big data company Palantir Technologies, one of the most important — and controversial — software suppliers to US intelligence agencies.

Thiel was the first outside investor in Mark Zuckerberg's Facebook.
In 2016, Forbes magazine estimated Thiel's private fortune at $2.7 billion.

Thiel was born in Frankfurt, Germany on October 11, 1967. When he was one year old, his parents emigrated to the United States. Thiel studied philosophy and law at Stanford University in California.

He speaks German and travels regularly to Germany — keeping an eye on Berlin's startup scene.

As a philanthropist, he supports several research projects and awards scholarships to students.

Developing visions for the future in one of his concerns.

He hopes humanity will one day overcome death. "Most of the diseases we have are linked to old age in one way or another, and conversely, aging itself can be seen as a kind of disease." Thiel said in an interview with the Neue Zürcher Zeitung newspaper in 2019. "Diseases can be cured. Is aging really irreversible, or do we just think it is? So why, simply put, shouldn't we be able to be cured of death?"

Thiel is one of the best chess players in the United States, even though he hasn't played tournaments in years.

He has a long-standing friendship with former world chess champion Garry Kasparov. In their 2012 joint book The Blueprint, they diagnosed the "stagnation of technological progress" and called for higher research spending to secure global prosperity.

A self-described Libertarian, Thiel was the tech scene's most famous Trump supporter.

At the 2016 Republican presidential nominating convention, where Thiel was a delegate for Trump, he expressed his support for the real estate mogul: "I build companies and I'm supporting people who are building new things, from social networks to rocket ships," Thiel said in his convention speech. "I'm not a politician. But neither is Donald Trump. He is a builder, and it's time to rebuild America."

Back in 2008, he had supported conservative hardliner Ron Paul in his presidential bid; in 2012, he was Paul's largest single donor and also gave money to the conservative populist Tea Party movement.

In a 2009 essay, Thiel declared that freedom and democracy had become "incompatible."

Now the controversial investor is receiving the Frank Schirrmacher Prize.

"By awarding Thiel the prize, his comprehensive work in analyzing the opportunities and risks of technological progress will be honored," said the Frank Schirrmacher Foundation in a statement, adding that by "disregarding prohibitions on thinking, he provides intellectual impulses and thus enriches the current socio-political discussions in a wide variety of fields."

But when the foundation revealed the name of the prizewinner in August, many social media observers disapproved.

"As someone who knew Frank Schirrmacher — and his views on Silicon Valley — rather well, I'm quite appalled that a prize in his honor has been given to Peter Thiel. What cosmic injustice is that?" tweeted author and publisher Evgeny Morozov.

"Peter Thiel is a destructive figure of the present. This man has now been awarded the Frank Schirrmacher Prize endowed with 20,000 francs (€18,500 / $21,500)," pointed out literary researcher Johannes Franzen in another tweet.

Another point of criticism was that Austrian Chancellor Sebastian Kurz, who is currently under investigation for media bribery, was chosen to deliver the laudatory speech.

This article was adapted from the original German version.