One of the most secretive data-mining companies in the world, Palantir Technologies, has listed its shares in New York. The firm provides secret services with information — but stands accused of violating human rights. 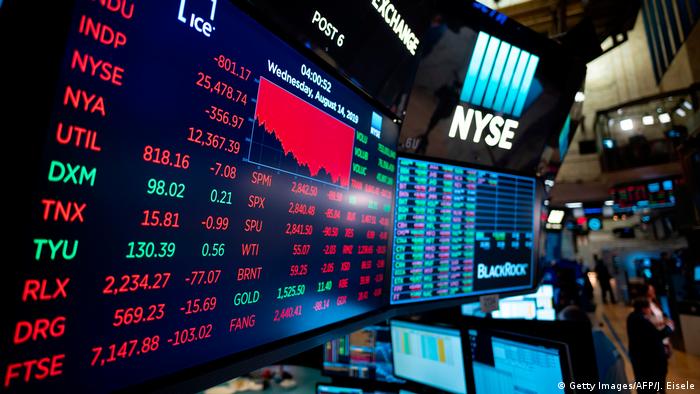 Palantir is the third major company to go public via a direct listing, following Spotify in 2018 and Slack Technologies last year. Unlike a traditional IPO, banks don't underwrite direct listings. They do act as advisers, though, with Morgan Stanley, Credit Suisse, and Jeffries Financial Group working on Palantir's trading debut.

None of Palantir's executives was present at Wall Street to ring the opening bell for the share trade in New York, which perfectly fits the company's image of being one of the most secretive and controversial software makers in the world.

Palantir scrutinizes global data streams to find what it calls a single "source of truth," which its clients can then mine for meaning and use to make decisions. Its technology helps, for example, pharmaceutical giant Merck speed up drug discovery, while United Airlines uses it to optimize flight routes.

But its software is also being applied by governments and their secret services to catch tax cheats and terrorists as well as, more controversially, locating people who are believed to have entered countries illegally. 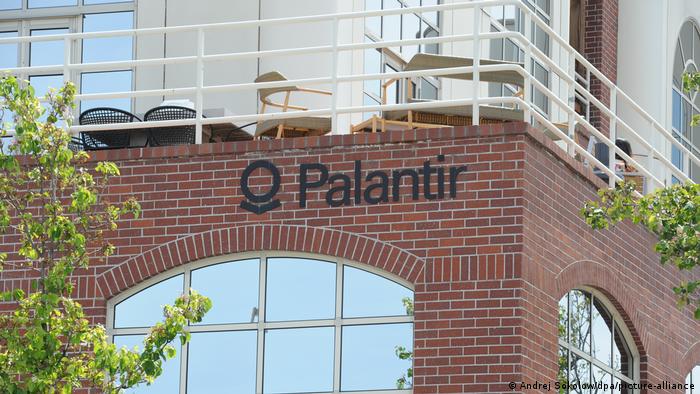 Little is known about the Palo Alto-based firm whose 125 clients reportedly include the CIA, the FBI, and the NSA

According to media reports, Palantir's data mining played a crucial role in finding the hideout of Osama bin Laden, although such reports have neither been confirmed nor denied by the company.

More on the safe side are reports that the firm was essential in helping uncover the massive financial scam engineered by Bernie Madoff, who hoodwinked investors out of at least $65 billion with a Ponzi scheme. Financial data dating back as far as four decades are said to have been processed by Palantir's software during the Madoff investigation.

The Silicon Valley-based firm and its employees remained shrouded in secrecy for a long time. But that has to change now, says Nick Einhorn, vice president research at Renaissance Capital. At the same time, he thinks that there is "a lot of uncertainty around the listing."

"I think many potential investors will be inclined to wait and see how initial trading goes before considering investing," he told DW, adding that shareholders may be disappointed with management claims for more transparency given their reluctance to make company figures public.

The decision by the Palantir founders, Chairman Peter Thiel and CEO Alex Karp, to choose direct listing procedures over a normal IPO already indicates that the pair wants to retain close control over the company. Apart from a few early investors, the owners are the only ones able to sell their shares in the stock market.

Moreover, direct listing saves marketing costs, including for the so-called roadshow that aims to convince potential investors to buy the shares and banks to underwrite the flotation.

Nick Einhorn says that the procedure is "obviously a benefit to early investors," but is typically seen as "a negative by public investors." Therefore, he expects Palantir's stock to share the fate of the previous direct listings undertaken by Spotify and Slack. "Both fell in the first 12 months after the close of their first day of trading."

Palantir's founders, though, stand to profit hugely from the listing, as the company started trading at a market valuation of almost $22 billion, according to bank analysts.

For Peter Thiel, it would be yet another sterling investment after the German became a billionaire by selling his stake in payment provider PayPal years ago. Palantir co-founder Alex Karp has no investment credentials to show for so far. The 53-year-old New Yorker got in touch with Thiel during his studies at Stanford University, and later earned a doctorate in neoclassical social theory from Frankfurt University in Germany.

The terrorist attacks of 9/11 proved momentous for Palantir because, at that time, Thiel decided to start a data-mining company aimed at identifying and chasing down terrorists via the ever-growing data streams on the internet.

The company's name, Palantir, is derived from a fictional magical artifact from J. R. R. Tolkien's Lord of the Rings saga. It is described as an indestructible ball of crystal, used for communication and to see events, whether past or future.

Private firms, including Airbus, FiatChrysler, Merck and others, are meanwhile making up the bulk of Palantir's clients. British oil major BP, for example, is said to have boosted its oil and gas output in the North Sea by about 10% using the firm's analytical tools.

In 2019, Palantir created sales worth $742 million and expects them to climb 3% to $1 billion in 2020. In view of the current market value following the IPO, CNBC's stock analysts Jim Cramer has warned potential investors, however.

"There's nothing inherently wrong with that. Just don't pay up too much for this one," he cautioned on the US television channel, and added: "Palantir cannot scale its products as easily as traditional software companies." 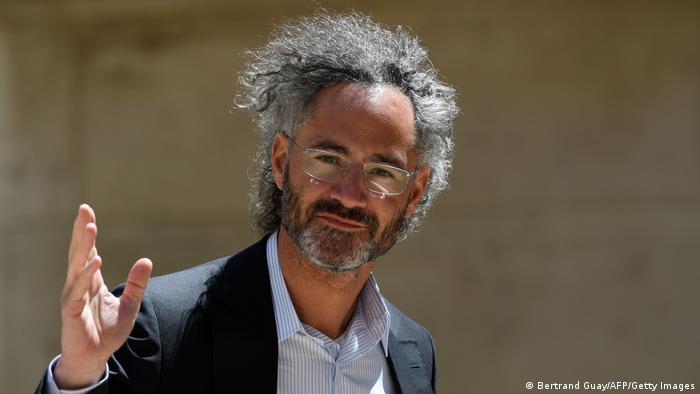 Palantir's reputation is tarnished by a series of data scandals, including its alleged participation in the Cambridge Analytica data breach, whereby the personal data of millions of Facebook users was harvested by the British firm without consent, predominantly to be used for political advertising.

In the IPO prospectus, CEO Alex Karp has denied the allegations, saying Palantir had "repeatedly turned down opportunities to sell, collect, or mine data," while other technology companies, including some of the largest in the world, had "built their entire businesses on doing just that."

Moreover, Palantir is being targeted by human rights groups because of its contracts with the US Department of Homeland Security and the US Immigration and Customs Enforcement (ICE), including for software used to track migrants at the border.

Jacinta Gonzales, senior campaign director at the Mijente immigration advocacy group, accuses the company of being "complicit in the surveillance, arrest and deportation of our communities through its work with ICE."

"Their S-1 [software] recognizes that these are risky contracts to take on. We're calling on investors everywhere not to invest when the IPO happens," Gonzales told US investor journal MarketWatch in August.

Already in 2018, Palantir employees confronted their senior management with their concerns over a partnership with ICE. In a letter to Karp, 200 staff criticized Palantir for providing digital profiling tools to the federal agency as it carried out President Trump's increasingly controversial policies for apprehending and deporting undocumented immigrants.

As it turned out, Palantir's "Falcon" software was supporting operations aimed at separating families of undocumented immigrants and placing people in border detention centers with questionable conditions.

CEO Karp admitted later that the controversial partnership had prompted some employees to leave the company but added that Palantir wouldn't quit joint projects with US government agencies.

In the IPO prospectus, he already warned: "Activist criticism of our relationships with customers could potentially engender dissatisfaction among potential and existing customers, investors, and employees."