The Chinese artist's latest documentary, "Coronation," was filmed remotely by a team of amateur Wuhan filmmakers. Ai Weiwei spoke to DW about how an authoritarian state stopped the COVID-19 outbreak in its tracks. 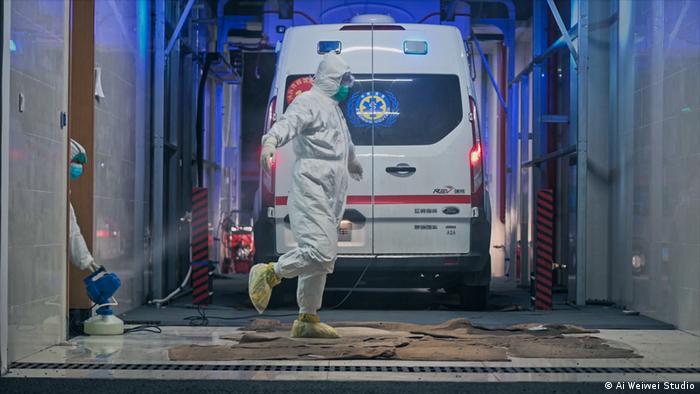 After three years in Berlin, the Chinese artist Ai Weiwei now lives in Cambridge in the UK, but his latest film, Coronation, is set in the Chinese city of Wuhan as it undergoes a draconian lockdown due to the coronavirus outbreak.

Using footage filmed by citizens after the Chinese state locked down the city on January 23, Coronation observes the militarized and often brutal nature of the government-enforced quarantine until it was lifted in early April. It also reveals its efficiency in stopping the spread of the virus.

In an exclusive written interview with DW, Ai Weiwei shared his thoughts about the making of the film, and whether he believes the pandemic will fundamentally change society.

DW: What was your motivation for making Coronation?

Ai Weiwei: As with most of my activities, the motivation for making Coronation was to try and gain a deeper knowledge of a new and unfamiliar incident, such as with the Sichuan earthquake in 2008 and the refugee crisis in 2015. I wanted to provide a first-hand experience in understanding China and the Chinese people and how they responded to the coronavirus. Under these dramatic conditions, we can better understand the politics and humanity of any society. 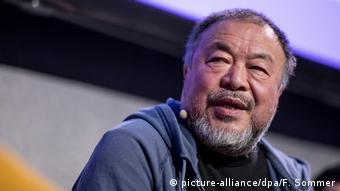 What was the biggest challenge directing a film from a remote location?

With today's technology, remote directing a film is possible. The biggest challenge for a director when approaching a subject is the concept.

You can see in the film that young people, nurses and doctors and other health professionals came to Wuhan within days on buses. China is probably the only nation that could achieve that with such speed and spirit. You can see how the state built the infrastructure, including the emergency field hospitals, and equipped those on the frontlines with the necessary rescue equipment. Those details surprised me and are a profound revelation of human behavior under authoritarian control.

We also managed to show how they recruited those young people into the Communist party and the celebration after the lockdown was lifted. Those positive, objective parts about a very highly controlled authoritarian state are difficult to film.

You can see another person, a construction worker who came to Wuhan to assist the emergency effort, prevented from leaving the city. He attempts to navigate this typical Kafka-esque bureaucracy to get out. Unfortunately, we later learned Meng Liang managed to return home to be with his family, but he had financial issues and decided to hang himself. A tragic and banal story about life in these times.

How did you make sure your Chinese crews were safe?

I cannot make sure anyone is safe. I gave them daily instruction and they have the absolute choice to film the way they think is safe. They are all equipped with Personal Protective Equipment (PPE) and instructed on necessary medical protocols. Still, [it] could have been very damaging for the people filming. So we asked them to send out the material every day through the internet to protect those materials. We did not know what we had until we started to review and to edit. Most of the cameramen are amateurs, and this is their first time working on a film. 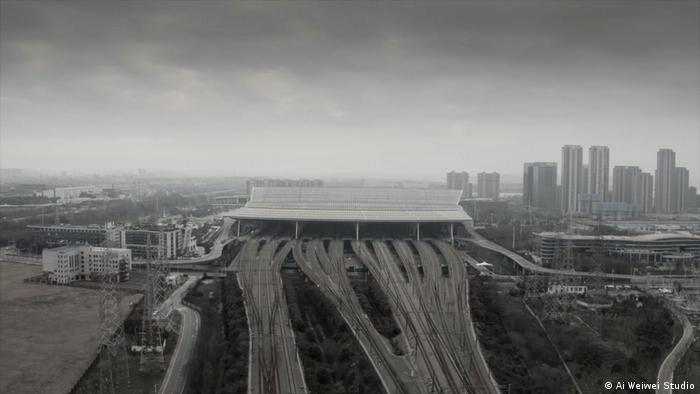 You have often critiqued China for its strict policies. What would be your critique at present?

China, as an authoritarian state, has been the most efficient in taking on a situation as challenging as a pandemic. In doing so, China's suppression of human rights, individual rights, privacy, and personal will has been heavy. Basically, China has consumed everyone’s liberty into its own power. That is the basic character of this nation's fast development and how it has closed the gap between itself and the West. It has worked very well over the last 30 years.

At the same time, China has created a society which has no trust, the controlling party has never gained legitimacy through the people's recognition but rather through police force, heavy propaganda, and by limiting balanced information. The Chinese state and its population do not trust each other but the state must be obeyed because maintains control through law and violence.

Instead of strictly cordoning off Wuhan, could there have been a more appropriate response to the initial coronavirus outbreak?

They made a good decision to seal off Wuhan. China has another 100 cities of similar size to Wuhan. If they [had not limited] the travel to and from the root city in this pandemic, we would [have seen] a true humanitarian disaster. At the same time, the method of sealing the city should not have been through literally sealing off people's doors, placing people in detention, or hiding the truth about the situation. This has caused a great panic.

Before the authorities sealed off Wuhan on January 23, there was a month or two when they knew the coronavirus was human-to-human transmissible. They covered up the number of infected and the death toll.

Do you think that societies will be forever changed due to the pandemic?

I am very pessimistic about what we will learn from this. I think that things will return to normal, people will simply take off their masks and throw them away into the rubbish bin. I don't think people will learn that much in general. Even if they have learned something, it will be superficial, like what has happened in China.

Chinese artist Ai Weiwei has denied being "thrown out" of a Munich gallery after protesting with staff fearing layoffs. Media had shown Ai debating with Bernhard Spies, commercial director of the Haus der Kunst.