"Every artist is an activist," says Ai Weiwei, who presents himself as a conceptual artist and a writer. He addressed his relationship to Germany at his recent book launch in Berlin. 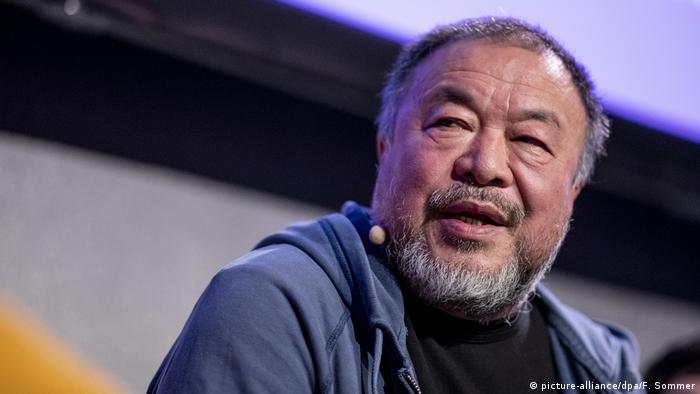 Ai Weiwei presented in Berlin his recently published Manifesto without Borders, a book about the existence between worlds, the permanent feeling of alienation, the worldwide refugee movement and disappearing humanity.

The audience was eager to learn how Ai Weiwei, who moved to Cambridge after living in Berlin for four years, sees his relationship to Germany after leaving the country. Would he emphasize the positive aspects? Speak of his work with the master students of the University of the Arts? The pulsating intellectual and artistic life of the city? It was the opposite.

Before leaving, he had expressed his disappointment with democracy in Germany in an interview with newspaper Die Welt. Despite the superficially cosmopolitan lives people live in Berlin in particular, he said, people are really only navel-gazing. 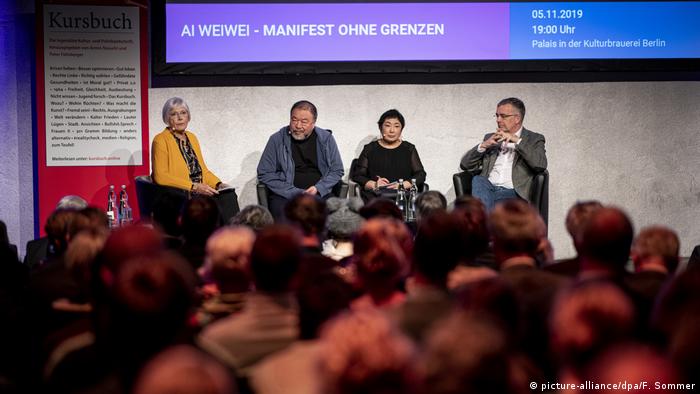 He pursued on this note at the event held at Berlin's Kulturbrauerei. Ai Weiwei complained about a lack of opportunities to meddle, to interfere: "In the four years I spent in Berlin, I rarely had the opportunity to talk to journalists or politicians in depth," he told the audience, adding that there were so many urgent issues, including the refugee situation, relations with China as well as what is happening in Hong Kong at the moment. Even if he felt respected as an artist, he felt his views on these topics wasn't something people wanted to hear. He couldn't fathom the German stance toward China: "I don't know why Germans have such a nice honeymoon with China."

There are biographical reasons why the famous Chinese artist identifies with the refugees of the world. He was hardly born when his father Ai Qing, a famous poet and cultural official, fell from grace in 1958 and was exiled to the then still completely underdeveloped province of Xinjiang. For 20 years, the family lived without contact to a very distant Beijing, Ai's father was banned from publishing until he was rehabilitated in 1978. Already as a child, Ai was a refugee in his own country, he said.

A question the conceptual artist said he keeps on turning over in his mind is why Germany, a country that was so kind as to take him and many other refugees in, has so radically dissociated itself from its own empathy. 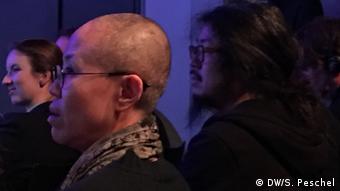 Liu Xia, the exiled widow of Chinese Nobel Peace Prize laureate Liu Xiaobo, rarely attends public events, but although she doesn't understand English, she attended Ai's presentation. She is a good friend of Ai Weiwei's, who holds her in high esteem as a photographer and poet, but above all as a person who has suffered so much. Ai thanked Berlin for offering her a home.

The audience visibly agreed with Ai Weiwei when he spoke of his main issues and concerns and again demanded more support for refugees, more understanding and above all more humanity.

Ai Weiwei: 'The purpose is to censor every piece of art'

Chinese dissident artist Ai Weiwei has told DW that Beijing could "crush" Hong Kong protesters anytime. The two sides have reached a deadlock in the conflict, he said. (07.08.2019)

Producers of the film 'Berlin, I Love You' have cited Chinese influence as the reason they cut Ai Weiwei's segment. The artist told DW that the Berlin International Film Festival suggested his section be removed. (18.02.2019)

Chinese artist Ai Weiwei has denied being "thrown out" of a Munich gallery after protesting with staff fearing layoffs. Media had shown Ai debating with Bernhard Spies, commercial director of the Haus der Kunst. (14.09.2019)

Europe's largest Ai Weiwei show asks: 'Where is the revolution?'

For the Chinese-born, Berlin-based artist, art and politics are one and the same. A double exhibition in Dusseldorf shows off his work from the past 10 years, much of it focusing on migration and political repression. (20.05.2019)