Chinese dissident artist Ai Weiwei has told DW that Beijing could "crush" Hong Kong protesters anytime. The two sides have reached a deadlock in the conflict, he said.

Ai Weiwei: It at least tells the inner truth of what's on their mind. If it [such demonstrations] happened in any place within China, they would do it. They'd crush it with tanks or military or whatever they have, and they can be very brutal and very bloody.

But this is Hong Kong, so they are really bluffing. The situation is much beyond what they can imagine. And another thing: These young people are not scared. This is their life struggle.

Do you think a situation like the 1989 Tiananmen Square protests would not happen in Hong Kong?

I would not say it would not happen. I predict it can happen but have a heavy cost on China.

Do you think China worries about this cost?

China worries deeply. They never faced a problem as such. It's interesting again: It's supposed to be "one country, two systems." And that card they played very well until today ... One system demands its own [independence] and more [clarity] about their identity, so China is really facing a problem. 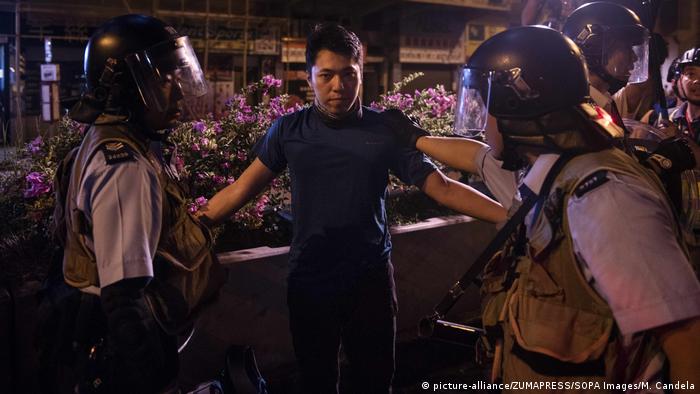 The protests have now been underway since March 31

If the Beijing government is facing a problem, what does the Hong Kong government do next? What are its options?

So far it is a deadlock. Beijing will not lose face, and it cannot allow the Hong Kong government to accept the Hong Kong young people's very rational demands to release all those peaceful demonstrators and to have some kind of election. At the same time, they never had this kind of tradition — to listen to demonstrators. They have no way even to negotiate anything.

So we're in unchartered waters?

Yes. For both sides it's very difficult. 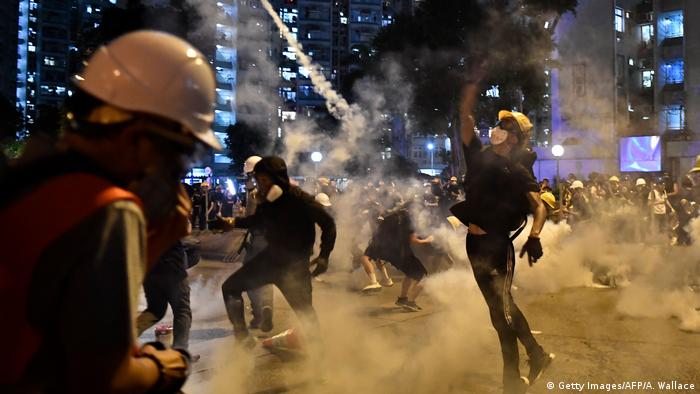 You call them "peaceful demonstrators." Based on everything that we've seen in the past few weeks, and particularly Tuesday night's violence, in which the protesters surrounded police buildings, would you still call the protesters peaceful?

I would call it peaceful, because, on the other side, you can see the use of violent gangs shooting people and the arrest of thousands of protesters. They are initiating some kind of violence. Hong Kong protesters throw umbrellas or water bottles. I think that's as peaceful as you can see when 1 million people demonstrate. They even clean up the streets after demonstrations.

These protests have been carrying on for about nine weeks now. Do you think they have done something to the psyche of the people of Hong Kong? Have things changed in Hong Kong?

I think Hong Kong cannot afford to have demonstrations like [this]. They have the most important companies working with China, so it's very crucial. Therefore those young people have nothing to lose.

The Special Administrative Region is in turmoil. For weeks, activists have been protesting against a now withdrawn extradition bill. But the protests are really about Hong Kong’s future, says Alexander Görlach. (23.07.2019)