A long-lost artifact from the Queen's Chamber of the Great Pyramid in Giza has been rediscovered in Aberdeen. The relic was dated to somewhere between 3341 and 3094 BC, long before the construction of the pyramid. 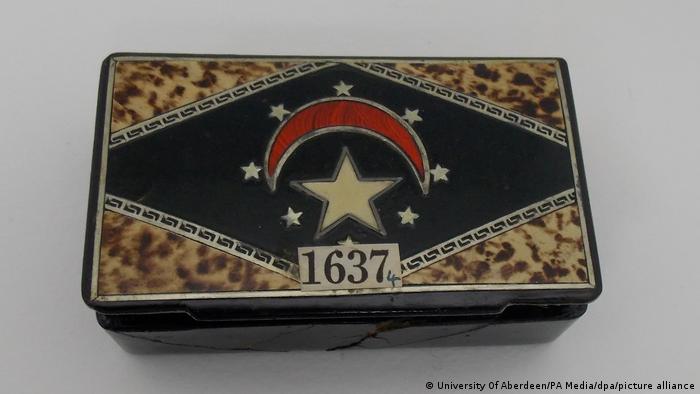 Curatorial assisant Abeer Eladany found a fragment of wood inside a cigar box emblazoned with an Egyptian flag as she perused the Asia section of the archives of the University of Aberdeen.

"Once I looked into the numbers in our Egypt records, I instantly knew what it was, and that it had effectively been hidden in plain sight in the wrong collection," said Eladany, who comes from Egypt.

"I'm an archaeologist and have worked on digs in Egypt, but I never imagined it would be here in north-east Scotland that I'd find something so important to the heritage of my own country." 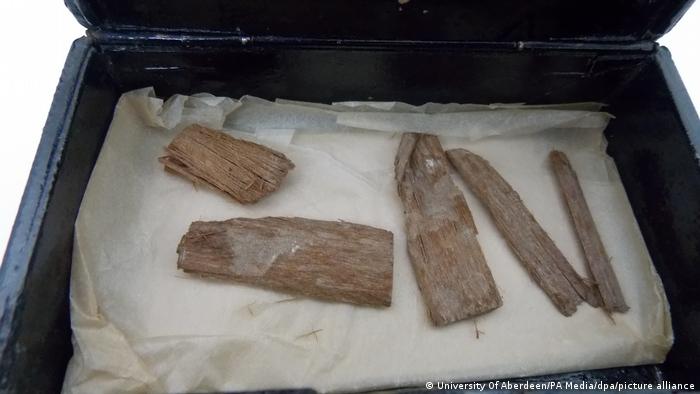 The five-inch (12.7-centimetre) piece of cedar has broken into several smaller pieces since its first discovery

The five-inch (12.7-centimeter) piece of cedar is one of three items discovered inside the the Queen's Chamber of the Great Pyramid in Giza in 1872, alongside a ball and a bronze hook. The two other items are held by the British Museum in London.

The fragment of wood was found by engineer Waynman Dixon, who gave it to Dr James Grant, a graduate of the university who traveled to Egypt to treat cholera in the mid-1860s.

The item — which may have been used in the construction of the pyramid — was donated to the university, records showed. However, the item was never classified and was missing for more than 70 years until its rediscovery by Eladany.

The wood, now broken into several pieces, dates back to somewhere between 3341 BC and 3094 BC. This is about 500 years earlier than the Great Pyramid is believed to have been completed.

The three items discovered, known as the Dixon relics, are thought to have been used in the construction of the pyramid.

Neil Curtis, head of museums and special collections at the University of Aberdeen, said the carbon dating results were a "revelation."

"This discovery will certainly reignite interest in the Dixon relics and how they can shed light on the Great Pyramid," he said.