5 years after the attack in Munich: The pain remains | News and current affairs from Germany and around the world | DW | 22.07.2021

5 years after the attack in Munich: The pain remains

In July 2016, a right-wing extremist killed nine people in Munich. Almost all of the victims had foreign roots. Dealing with the hate crime shows how difficult it is for Germany to deal with racist violence. 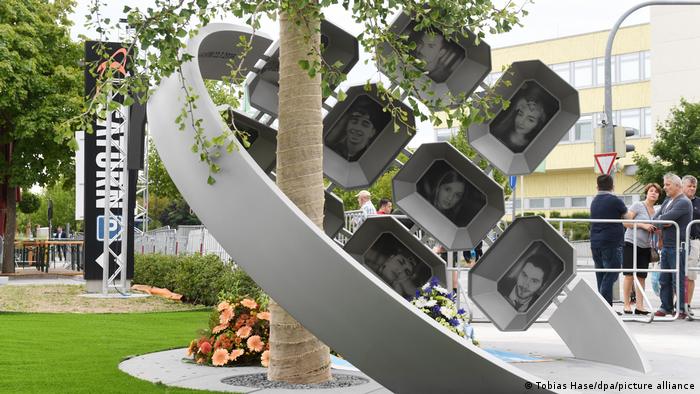 The attack shook Germany: On July 22, 2016, 18-year-old David S. armed himself and shot nine people at a shopping center in Munich. Most of the victims were young people, the youngest being just 14 years old. More than 30 other people were injured.

The armed assailant was caught hours later by the police and turned his weapon on himself. The pictures of the deadly attack were seen around the world. After the crime, the Eiffel Tower in Paris was lit up in black, red and gold, the German national colors, in solidarity with the victims.

The loss of their loved ones has been devastating for the families. But their suffering does not end there. None of the nine victims were targeted by chance. The perpetrator David S. killed them out of racial hatred. Even days before the crime, he boasted that he wanted to shoot people because they were Muslims or Turks. He noted that his birthday was on the same day as Adolf Hitler's. 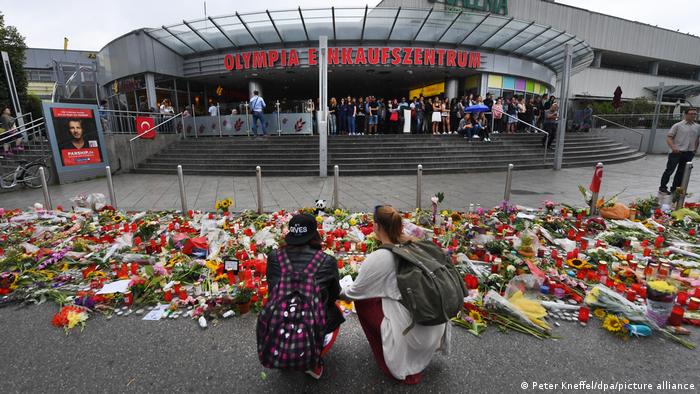 On July 22, 2016, the 18-year-old David S. killed nine people in Munich, Germany. For a long time, the racist motive was not acknowledged

The gunman's family came from Iran, but he was born and raised in Munich. He identified as "Aryan,' saying the Aryan race had originated in Iran.

He was a member of an international chat group linked to hatred of refugees. He carried out the shooting on the fifth anniversary of the attack by right-wing extremist Anders Behring Breivik on the Norwegian island of Utoya.

Shortly after the crime, investigators in Munich decided on another motive. It was a rampage and David S. was mentally disturbed. He had been a victim of bullying for several years at school and wanted revenge.

The authorities would officially stick to this version until October 2019. That was a slap in the face for the victims' families. "When we describe the perpetrator as a 'victim of bullying,' we carry out a certain degree of perpetrator-victim repentance," said Onur Özata.

During the trial of the accused seller of the murder weapon, the lawyer representing the family of one of the victims blamed the perpetrator's relatives for contributing to reasons behind the act. 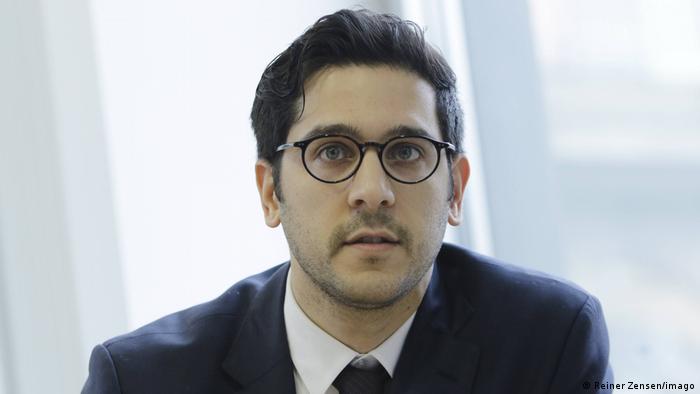 The public reappraisal of the Munich attack is a contradictory process. For one, the victims' families received compensation. "After the attack, the city of Munich quickly set up an unbureaucratic compensation fund of €500,000," said Miriam Heigl, who heads the Department for Democracy of the City of Munich. "We were really fast in arranging this."

Training of employees in the Bavarian authorities on the subject of racism is also being increased, and research on this subject is being promoted more strongly. However, Germany seems to have a lot of catching up to do. "To this day, knowledge about the hate crime phenomenon is scarce," said Britta Schallenberg a Munich-based right-wing extremism researcher. "It plays a minor role, if at all, in the training and further education of the police."

The result: Racist hate crimes are still often not properly investigated or categorized as such. And victims are often not taken seriously as witnesses.

Radicalization on the internet

The 2016 attack in Munich highlighted another problem: The police are poorly positioned when it comesto fighting racist hatred on the internet. David S. was part of an international scene that was radicalized on social media. Around 250 young people from several different countries were active in his anti-refugee chat group.

One year after the shooting in Munich, the group's co-founder became a killer himself. In 2017, William A. shot two young people in the US state of New Mexico. The motive: racism.

Özata warns of the danger posed by extremist networks.

"You have to be very vigilant. I think the authorities are too calibrated to look at national organizations. But the music also plays on the Internet," Özata said.

Lawyers representing victims and their families, researchers of right-wing extremism and local civil rights groups all agree on one thing: State and society should show more solidarity with the victims of racist violence, so that they don't become victims for a second or third time through state institutions including local authorities, police and courts.