5 things we can learn from Marlene Dietrich

Marlene Dietrich died on May 6, 1992 — 30 years ago. She fled the Nazis and conquered Hollywood. She remains a role model in times of crisis. 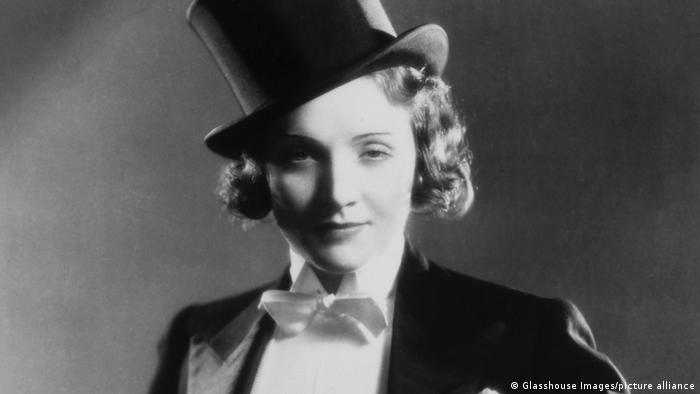 Marlene Dietrich and her iconic top hat and suit

She was an icon of the Weimar Republic, a Hollywood star, a refugee, a humanist — and a woman who knew when it was time to exit the stage.

In the last century, she was often remembered as a sex symbol or a Hollywood diva, who died in Paris on May 6, 1992 at the age of 90.

It's worth taking a fresh look at a woman who was far ahead of her time — and today seems more modern than ever before.

Marlene Dietrich had relationships with both women and men. This was never a secret, but it was men who were generally mentioned by name.

Her lovers were glamorous: successful American actress Tallulah Bankhead; the unique Joe Carstairs, whose real name was Marion Barbara and who lived openly lesbian in the early 20th century, gaining renown as as an eccentric racing boat driver.

Dietrich didn't make a big issue out of her bisexuality. When Austrian-Swiss director and actor Maximilian Schell asked her about sex with women a few years before her death, while he was making the documentary "Marlene" (1984) about her, she replied succinctly, "Oh, you know, there's a man, and there's a woman, and then he lies down on her, and then it just happens, right? — It's the same thing with two women."

A woman who openly and naturally loves both sexes — that was and remains revolutionary in a public realm even today. 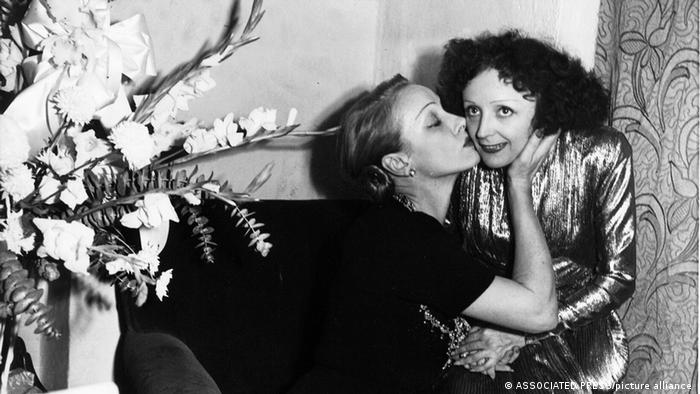 Dietrich also had asexual relationships: She fell in love with American writer Ernest Hemingway, who reciprocated her affection. They, however, only lived out their longing by exchanging letters.

2. Gender rules exist to be broken

Dietrich turned clothing items previously reserved for men into fashionable articles for women — thus transforming herself into a style icon.

In her first Hollywood film, "Morocco" (1930), she kissed another woman while wearing a tuxedo. This had never happened before on screen, neither the kiss, nor the woman in the tuxedo.

Privately, she often had herself photographed in pantsuits, wearing a tie. In this way, she appropriated male fashion piece by piece, after a typical male top hat had initially contributed to turning her into a sex symbol: One of the most famous photos of her depicts her in suspenders and donning a top hat. It is a scene from the German film "The Blue Angel" (1930), which made her famous.

At the same time, she never stopped wearing dresses or makeup. In photos today, she is shown primarily in a suit, but Marlene Dietrich felt equally comfortable in both fashion worlds, whether in a golden off-the-shoulder dress or a snow-white pantsuit. Incidentally, some fashion dictionaries list "Marlene trousers" as a separate entry.

3. Keep a close eye on politics — and stand up for democracy

Unlike other contemporaries in the Weimar Republic, Dietrich refused to support the propaganda of the Nazis.

In 1930, she heeded the call from Hollywood, going to California with the director and her then lover Josef von Sternberg, who had also filmed "The Blue Angel." 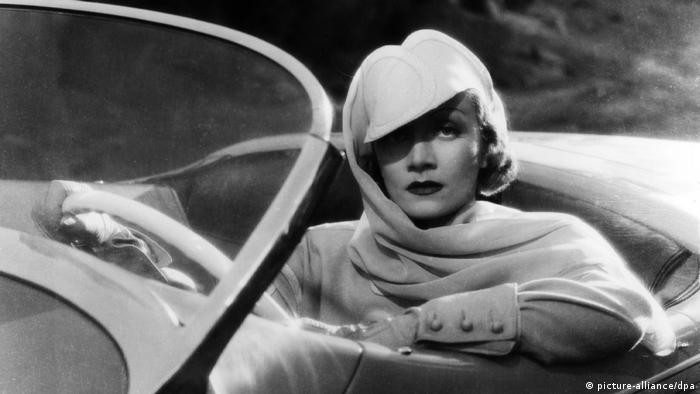 Dietrich was a fashion icon: on and off screen

But she kept in constant contact with her husband Rudolf Sieber. Although they separated as romantic partners during the 1930s, the two were married until his death (in 1976) and supported each other. It was Dietrich who urged Sieber in the 1930s by telegram to leave Europe as soon as possible with their daughter Maria, as reflected in Florian Illies' book "Liebe in Zeiten des Hasses" (Love in the Time of Hate), published in 2021.

While the German director Leni Riefenstahl made propaganda films for the National Socialists, Dietrich was committed to the Americans during the war. As early as 1939, she renounced her German citizenship and took on the American one.

While her lover Jean Gabin enlisted in the French army, she traveled to war-torn Europe and supported US troops as a singer. For this she was made a Knight of the Legion of Honor in France, and in the US she received the Medal of Freedom, the highest decoration for civilians, in 1947.

A contemporary woman who has the received what is now known as the Presidential Medal of Freedom is former German Chancellor Angela Merkel, who recently vacated her long-standing post. She received that honor from Barack Obama in 2011. 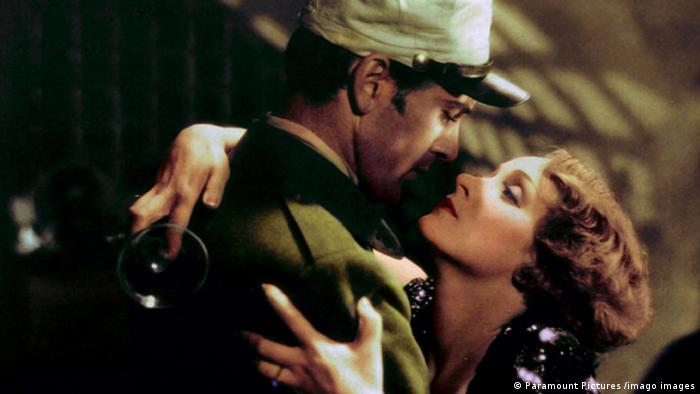 In Germany, official distinction came late for Dietrich: some even insulted her as a traitor to the "fatherland. " It was not until 2002 that the actress was posthumously awarded honorary citizenship by the City of Berlin.

4. Know the right time to leave

One cannot deny that Dietrich ultimately became addicted to alcohol and pills and spent her twilight years in seclusion in Paris.

But she also knew when to call it a day: After an injury in 1975, she ended her stage career, and three years later, she made a film for the last time. 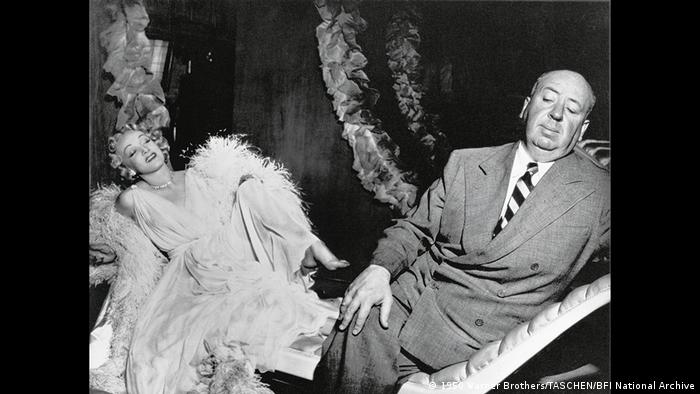 Dietrich with star director Alfred Hitchcock: Who is the diva?

While Schell was making the documentary "Marlene" about her, she declared that she did not want to be filmed for it. Schell said he had tried to convince her otherwise, but Marlene Dietrich stuck to her guns: no means no. She had already been photographed to death, she explained to him. Schell was permitted to make audio recordings and had to superimpose them over film material that had pre-existed.

5. Remain a citizen of the world

Marlene Dietrich, though honored by many countries, did not dwell on nationalism or patriotism. When Maximilian Schell asked her during the filming of the documentary "Marlene" why she lived in Paris, she replied that she was working there at the time, but was often in New York and or traveled a lot. 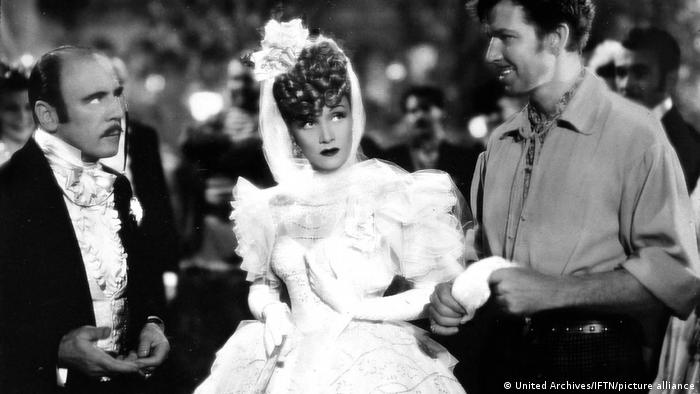 Dietrich in the 1941 film 'The Flame of New Orleans'

Yet, she did not feel homeless. "America is my real home," she is said to have told Schell. "They took me in like I arrived there. My daughter lives there, my whole family is there." That sounds not like a diva, but like a pragmatic, even grateful woman who knew what mattered to her: The reception of refugees, her family, her work.

Marlene Dietrich does not need to be glorified. She was an icon, yes, but she was also a human being — and a woman who still serves as a role model, especially in the 21st century: As an emancipated, financially successful woman and cosmopolitan who threw gender norms overboard, stood by humanism and democracy in times of crisis, loved different sexes and knew when it was time to leave the big stage.

This article was originally written in German and was first published in December 2021.

A quarter-century after her death, the star of the silver screen has not been forgotten. Dietrich, who was born in Berlin, remains an idol and an enigma. A new biography reveals details about her personal life.

The Hollywood director's remake of the 1957 hit musical ticks all representation boxes, but has been banned in six Gulf countries for a transgender character.