This year's Grammys boast more nominations in the four main categories than ever before. Slammed as too white and male-dominated in the past, the music awards could be dominated by the likes of Lamar and Brandi Carlile.

The debate raging ahead of the Grammy Award event is similar to the one that preceded the Oscars: There are too few African-Americans and women among the nominees, and among the winners (in 2018, for instance, only one female solo performer was awarded during the live ceremony).

But the debate that led to the #OscarsSOWhite protests has generated change at the 61st Grammy Awards.

To give African-American and female artists a better chance in main categories which, unlike the Oscars, don't gift separate awards for men and women, there are eight nominations instead of the usual five. 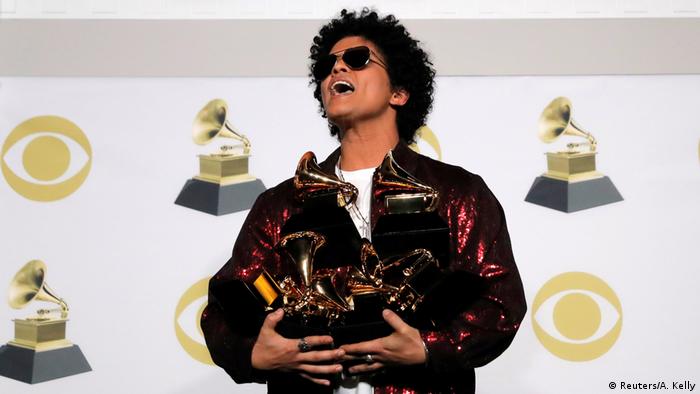 Bruno Mars won seven Grammys in 2018, but his music's sex and drugs themes made him a controversial choice

The main categories for all music genres include record, song, album of the year and best new artist. The record and song of the year might sound similar but the former honors the artist who recorded and performed the music, the latter the actual songwriter. Sometimes, the two overlap because the writer is often also the performer. This year, six artists are nominated in both categories: in theory, rappers Kendrick Lamar, Drake and Childish Gambino as well as Lady Gaga, folk singer Brandi Carlile and German-Russian producer Zedd could go home with both awards.

Increasing the number of nominees has already paid off: five of the eight artists nominated for album of the year are women this year, and just as many are African-American.

Rapper Kendrick Lamar is symbolic of what the change might bring: Since 2015 his 11 Grammy wins were all in the rap category, with one for best video. Despite has huge critical and commercial success he has never won in the main categories. But that is likely about to change. 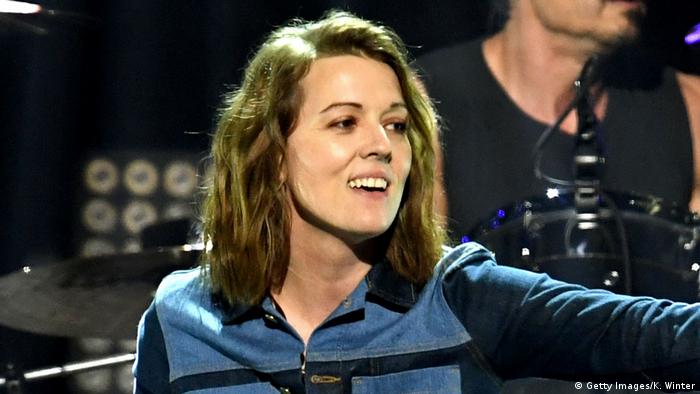 Folk singer songwriter Brandi Carlile has six nominations, the most of any women

After a New York Times report suggested that Lamar, Childish Gambino and Drake all declined opportunities to perform at the Grammys this year, it has yet been confirmed that Post Malone, Lady Gaga, Katy Perry and the Red Hot Chili Peppers will be on stage in LA on Sunday — meanwhile, Ariana Grande, nominated in two pop categories, has cancelled a planned performance after the organizers allegedly interfered with her song selection.

In addition to teen heartthrobs and starlets like Shawn Mendes and Camila Cabello, Grammy nominees this year also include old hands in the business like Beck, the Backstreet Boys, Seal, Barbra Streisand and Willie Nelson.

Alicia Keys will be hosting the 61st annual Grammy Award ceremony at Staples Center in LA on February 10.

The Hawaiian-born musician has won best album, best record and song of the year for "That's What I Like." Germany's Kraftwerk was also among the night's winners. (29.01.2018)

Glenn Close, Rami Malek and "Black Panther": The top winners at the Screen Actors Guild awards offer a preview of what could come at the Oscars. (28.01.2019)