The Hawaiian-born musician has won best album, best record and song of the year for "That's What I Like." Germany's Kraftwerk was also among the night's winners.

At the gala awards ceremony on Sunday evening in New York, the 32-year-old musician triumphed with his album "24K Magic," edging out rapper Jay-Z and Kendrick Lamar. His song "That's What I Like" also won top honors. Altogether, Mars took home six of the music world's most coveted awards.

English pop songwriter Ed Sheeran took top honors for best pop solo performance for "Shape of You." Sheeran, a multiple winner at the 2016 Grammys, was the most streamed artist on Spotify in 2017. But "Despacito" by Luis Fonsi and Daddy Yankee, the most widely viewed video ever at 5 billion views, was edged out in the song and record of the year categories.

In "music's biggest night," women wore white roses in solidarity with the #MeToo movement, while black and Latino musicians dominated in the top four categories.

Held in New York for the first time since 2003 and hosted by late-night entertainer James Corden, the show opened with a live performance by Kendrick Lamar, who went on to win best rap album ("DAMN") as well as best rap performance, best rap song and best music video. 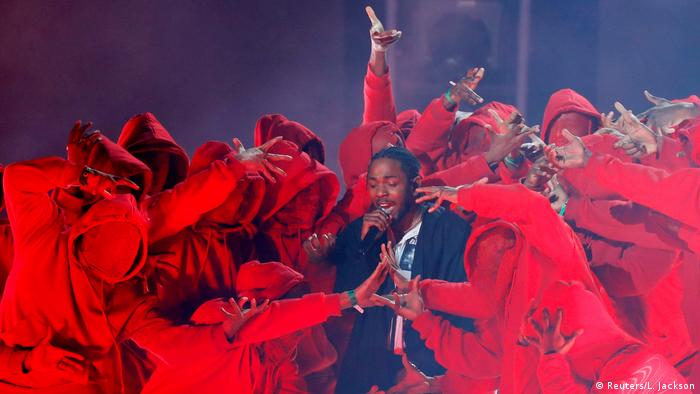 Kendrick Lamar's performance had veiled references to current US politics

The performances had a distinctly political ntone this year, highlighting everything from Donald Trump's presidency to sexual harassment and gun violence.

Lady Gaga immediately followed with her songs "Joanne" and "Million Reasons." Clad in white feathers that also draped over her piano, she evoked a bird or an angel. At the end, she whispered, "Time's up," in another reference to the #MeToo movement. Echoing her, Reba McEntire, winner for best roots gospel album, said, "My message on this is for everybody to treat each other like we want to be treated." 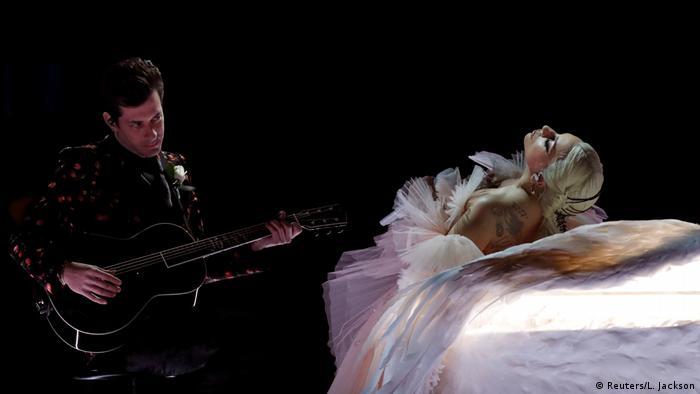 Lady Gaga made reference to the #MeToo movement in her performance

In tribute to victims killed at live music events in Las Vegas and Manchester in 2017, Maren Morris, Eric Church and the Brothers Osborne performed a quiet version of Eric Clapton's "Tears in Heaven," with the names of victims displayed on panels behind them. The musicians had performed at a country music festival in Las Vegas in October, site of the worst mass shooting in modern US history.

The late "Star Wars" actress Carrie Fisher was honored posthumously for "The Princess Diarist." In her audio book, she related her memories of the filming of the first part of the sci-fi saga. Fisher died of a heart attack in December 2016.

Canadian singer, songwriter and poet Leonard Cohen, who died in November 2016 at the age of 82, was also honored. "You Want It Darker," the title song from his last studio album, won for best rock performance.

The Recording Academy of 13,000 music professionals handed out dozens of awards in side categories before the televised show at Madison Square Garden. 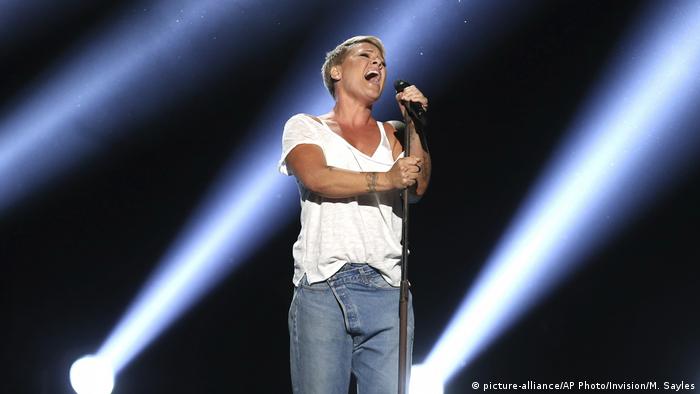 Record of the Year (for overall performance of a song): Bruno Mars, "24K Magic"

Song of the Year (for songwriting): Bruno Mars along with songwriters Brody Brown, James Fauntleroy and Philip Lawrence and production team The Stereotypes, "That's What I Like"

Best R&B Song: Bruno Mars, "That's What I Like"

Best R&B Performance: Bruno Mars, "That's What I Like"

Best Rock Album: The War on Drugs, "A Deeper Understanding"

African-American and rap artists are set to sweep the Grammys in 2018 after the nominations were announced on Tuesday. The winners will be revealed at the New York gala on January 28. (28.11.2017)

Highlights of the 60th Grammy Awards

Bruno Mars won big at the Grammy Awards in New York, taking home all the top honors. Musicians also used Sunday's ceremony to speak out in support of the #MeToo movement that has rocked the entertainment industry. (29.01.2018)