Zimbabwe's military takeover has caught the attention of the world – but could China have known about the coup? Beijing has long been a close ally, and Zimbabwe's top brass recently paid a visit to leaders in Beijing. 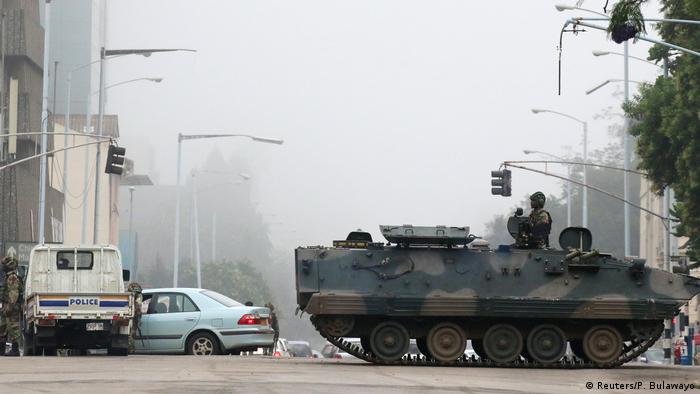 They've been friends for a long time – China and Zimbabwe. At the height of the Cold War in the 1960s and 70s, Zimbabwe's independence movement enjoyed Chinese support. As with so many other African liberation struggles, China provided arms, training and its Maoist ideology to Robert Mugabe and his Zimbabwe African National Union, today's ZANU-PF.

At the start of the new millennium, when Mugabe's party reclaimed and invaded white-owned farms prompting the EU and US to impose sanctions, China was one of the few countries that stuck with Zimbabwe. Since the early 2000s, trade between the two nations has flourished.

In 2015, China became Zimbabwe's largest trading partner. That same year, Harare adopted the Chinese yuan as one of its currencies in a bid to cancel a $40 million debt. Zimbabwe, however, also uses the US dollar, South African rand and the British pound as legal tenders. China also invested heavily in Zimbabwe and was involved in the construction of a thermal power plant and military facilities, as well as in plans for a new parliament building. 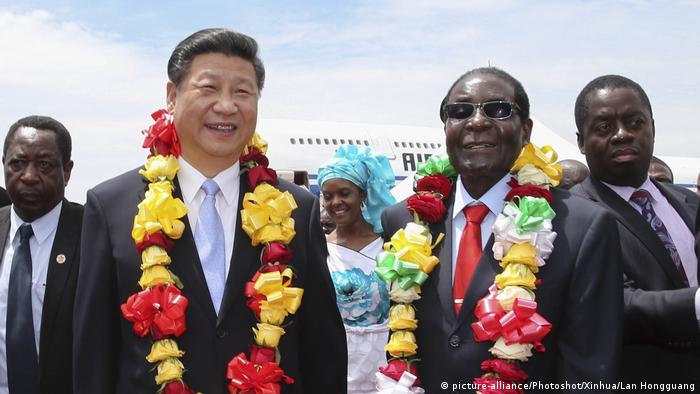 Mugabe too shaky for China?

In recent times, the question of who will succeed the 93-year-old Mugabe and whether the succession battle could destabilize the southern African nation, has become more immediate for Beijing. According to the online paper, the Zimbabwe Independent, former Vice President Emmerson Mnangagwa – who was sacked and fled the country a week ago, only to return after the military takeover – was approached on the topic during a visit to Beijing as early as June 2015. The paper alleges that Mnangagwa was urged to ensure that Zimbabwe maintain an investment-friendly climate and that Chinese interests and property rights remained secure.

In March 2016, however, Zimbabwe announced that it would push ahead with implementing laws for the indigenization and economic empowerment of Zimbabweans – a move that would leave foreign investors out in the cold.

Wang Xinsong, an associate professor at the Beijing Normal University, thinks that China's silence over the growing dissent against Mugabe was also a sign that Beijing wasn't too pleased with the Zimbabwean government. In April 2016, mass protests erupted against Mugabe and his economic policies. China's lack of comment on the matter could be seen as a critique of his economic plans, the corruption and patronage systems that had developed in the country and his refusal to leave power or even entertain the idea of succession.

Mnangagwa on the other hand seemed to be the favored choice to succeed Mugabe. The man who is nicknamed "the crocodile" was Mugabe's fellow war veteran and a close confidant of the president, but he fell out with Mugabe and his wife Grace, who is rumored to have harbored leadership ambitions of her own. According to political analysts, the army is believed to be positioning itself behind Mnangagwa.

Another aspect that has fueled speculation that China might have known about the coup is the visit of General Constantino Chiwenga on Friday, 10 November. Chiwenga is commander of the Zimbabwe Defense Forces and caught international attention when he issued a warning statement to the government prior to the army takeover. He met Chinese Defense Minister Chang Wanquan in what China termed as a normal military exchange between the two countries.

After the military takeover, the Chinese foreign ministry issued a statement saying: "We are paying close attention to developments of the situation in Zimbabwe. Maintaining peaceful and stable development accords with the fundamental interests of Zimbabwe and regional countries." Geng Shuang, the foreign ministry spokesman who issued the statement continued, saying: "We hope the relevant parties in Zimbabwe appropriately handle their internal matters."