Former Vice President Emmerson Mnangagwa is taking power from Robert Mugabe — an apparent denouement in their intriguing shared political history. The two have certainly had their ups and downs over the years. 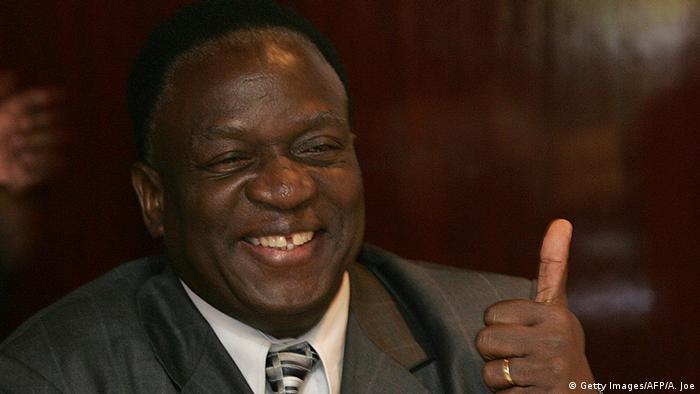 Former Vice President Emmerson Mnangagwa has been chosen to take over as Zimbabwe's new leader. The 75-year-old has played a major role in politics for decades, as the man standing in the shadow of long-serving President Robert Mugabe — though also, at times, at odds with him.

"Mnangagwa has been at Mugabe's side for 50 years," Derek Matyszak, an analyst with the Institute for Security Studies (ISS) in South Africa, told DW. "He was considered to be Mugabe's fixer."

Read more: How a decade of economic woe has fueled Zimbabwe's unrest

In Zimbabwe, Mnangagwa is known by his nickname "The Crocodile," a reference to his ruthlessness and secrecy.

Like Mugabe, he earned his credentials as a political activist during the decades-long struggle against white-minority rule in his homeland, then the British colony of Southern Rhodesia. Mnangagwa joined the Zimbabwe African National Union (ZANU) in its fight against the government of then-Prime Minister Ian Smith. The rebel outfit ZANU later turned into Zimbabwe's current ruling party, ZANU-PF.

In 1965, Smith unilaterally declared Rhodesia's independence from Britain and established a system of white-minority rule. Mnangagwa, who received military training in Egypt and China, led a group of fighters called the Crocodile Group, which carried out acts of sabotage against Smith's regime. Mnangagwa was arrested in 1965 and sentenced to death, but his sentence was commuted to ten years' imprisonment due to his young age. He later spent additional time in prison, sometimes sharing a cell with Mugabe. 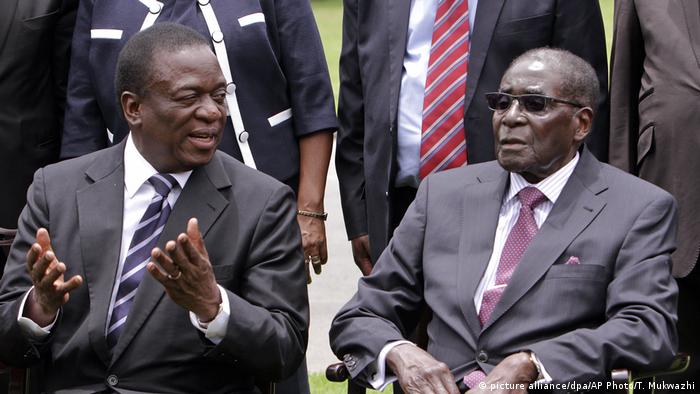 Mnangagwa was seen as one of President Mugabe's most loyal lieutenants

Mnangagwa went on to study law in neighboring Zambia. After his homeland gained official independence as Zimbabwe in 1980, he was appointed national security minister, subsequently serving as finance and defense minister, as well as the speaker of parliament.

"[Mnangagwa] is regarded as extremely ruthless, shrewd and calculated and a lot of people hold him in fear and awe," ISS analyst Matyszak said. "He is certainly not a very democratic individual. People should have no illusions."

In prior years, the former vice president had been seen as a potential successor to the aging Mugabe, but he was purged from his post as ZANU-PF's secretary of administration in 2004.

Yet four years after this fallout, Mugabe brought Mnangagwa back on board to serve as his chief election agent during his renewed bid for presidential office. In the election's aftermath, Mnangagwa was targeted by US and EU sanctions and accused by human rights groups of leading a brutal crackdown against political opposition. But he continued to gain favor and occupy powerful positions within Mugabe's government.  In 2014, he replaced then-Vice President Joyce Mujuru and was again touted as a potential successor of Mugabe. 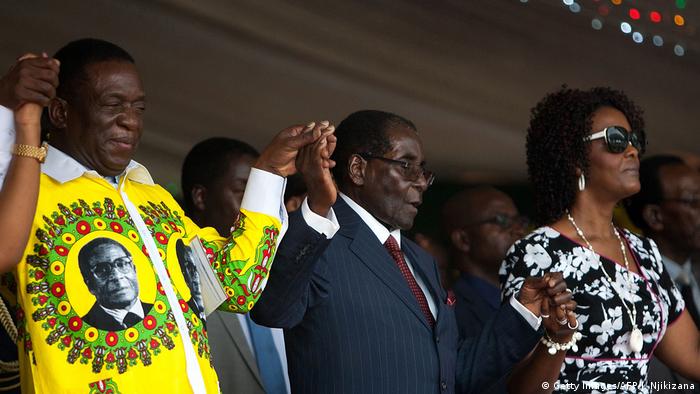 Emmerson Mnangagwa (left) was at loggerheads with first lady Grace Mugabe (right), the much younger wife of the elderly president (center)

Matyszak pointed to these past ups and downs between Mugabe and Mnangagwa as evidence of their strategic partnership.

"The relationship between Mugabe and Mnangagwa seemed as one of mutual convenience rather than friendship," Matyszak told DW.

That relationship once again soured after Mnangagwa and Mugabe's wife Grace found themselves locked in a bitter struggle over who would succeed the ailing president. Grace Mugabe lobbied aggressively against her husband's erstwhile ally, whom she accused of attempting a coup. Supporters of Mnangagwa in turn accused Mrs. Mugabe of having tried to poison him.

On November 6th, Mugabe sacked Mnangagwa as vice president. "He was consulting witchdoctors to find out when I was going to die," Mugabe told a crowd at a rally days after the sacking. Mugabe's Information Minister Simon Khaya Moyo also said the ex-VP was disloyal.

"You would have thought that some kind of bond had formed between them, but the manner in which Mugabe was prepared to fire Mnangagwa suggests that Mugabe has no sense of loyalty towards Mnangagwa whatsoever," ISS analyst Matyszak said.

After getting the ax Mnangagwa fired back at Mugabe, telling the president that the ruling ZANU-PF party was "not personal property of you and your wife as you please."