Police have detained three suspects after two teens were groped and robbed by a group of young men during Berlin's "Karneval der Kulturen" festival. The assault was reminiscent of the New Year's Eve attacks in Cologne. 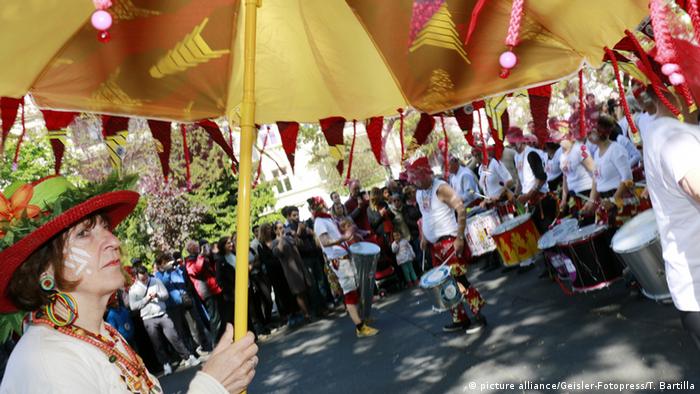 The attack took place on Saturday night in front of a stage in the Kreuzberg district while the two teens were dancing.

According to Berlin police, a group of around 10 young men surrounded the young women, pressed against them and grabbed them. 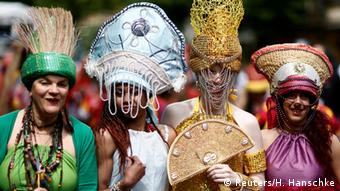 Whenever the young women tried to get out of the group, the young men continued to push them back in. One of the men stole the 17-year-old victim's cell phone out of her jacket pocket.

Shortly afterwards police arrived and arrested three youths in the group, aged 14 and 17. The stolen cell phone was then retrieved and returned to the victim.

Police in Berlin tweeted that the three suspects were known to the police for prior incidents, adding that "two are of Turkish descent." The third suspect's origin is unknown.

Police have encouraged any other victims to come forward with information.

A similar robbery tactic was used during the New Year's Eve attacks at the main train station in Cologne, where hundreds of women were sexually harassed, assaulted and robbed after being surrounded by groups of men.

The case led to an international outcry and launched a heated debate in Germany about refugee policies and the alleged failure of local authorities.

The "Carnival of Cultures" is a four-day festival that celebrates diversity in Berlin. It culminated on Sunday with a street parade. Over 800 police were on patrol, according to authorities.