Young Greeks return to the land

With youth unemployment at over 50 percent, prospects in Greece are bleak for those just about to embark on their careers. Food will always be in demand, though, so some are taking up farming. 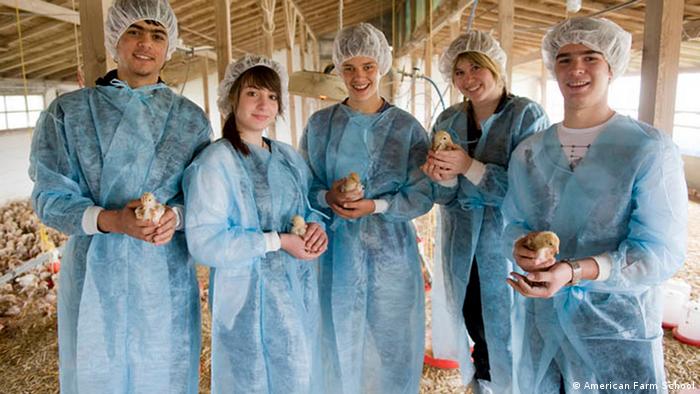 The school's director, Panos Kanellis, attributes the surge in interest to the country's financial crisis "A lot of youngsters are wondering whether they will be able to find another solution - an alternative in farming," he said.

Many young Greeks have a patch of land inherited from an elderly parent or grandparent. What was once viewed as an unwanted hand-me-down has, for some, become a vital opportunity.

"The general tendency for a 'return to nature' or nostalgic notions of returning to the 'roots of Greece' used to be a kind of rhetoric," said the American Farm School's director of enrollment, Elli Konstantinou. "Now it's a necessity." 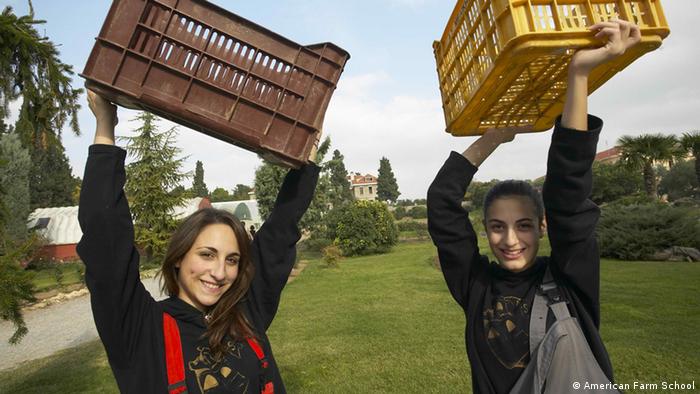 New reasons to till

Historically, the farm school's applicants had been children of farmers from the surrounding countryside, but now more and more city kids are expressing an interest: a sign that the tables are turning for this formerly unpopular career.

"To be honest, it was not my first choice," admitted Thanos Bizbiroulas, who is in his first year studying for a degree in precision agriculture, "but in the current conditions it seems like the right choice," he continued.

Fellow student Vangelis Evangelou agrees that prospects are looking up for the profession. "Young people thought that the future would be working in an office," he said, "but now they know they were wrong and they are going back to farming." 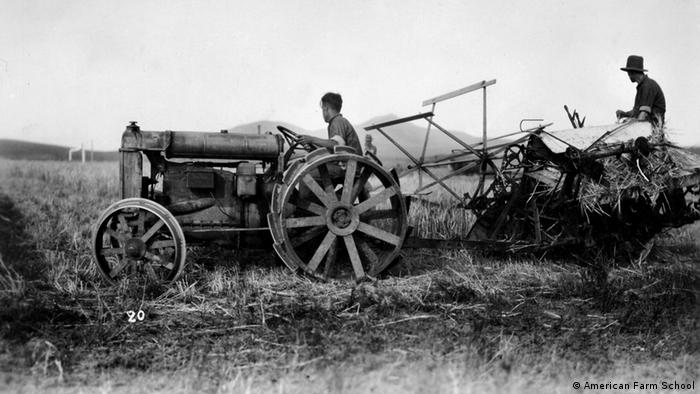 The American Farm School was founded in 1904

The American Farm School was founded over 100 years ago by a Christian missionary, at a time when northern Greece was still under Ottoman rule.

Today, it boasts some of the most high tech facilities in the country. The Omega-3 egg, for example, was developed in their labs. The school has also been active in educating the local community and was responsible for introducing turkey meat to the region in the 1970s.

The activities on campus contrast starkly to the agricultural sector as a whole in Greece. President Panos Kanellis can trace the decline back several decades, when Greece joined the European Union. "Due to the subsidies the EU was giving, many Greeks decided to give up or to let others farm their land - mostly illegal immigrants," he lamented.

A study by the Pan-Hellenic Confederation of Agricultural Associations has shown more promising signs of life since the financial crisis hit. It revealed that the farming sector had grown by 32,000 jobs between 2008 and 2010 - mostly filled by Greek nationals.

According to Elli Konstantiou, Greek farming still has a long way to go. "We trained farmers to become lazy," she commented. "We ended up importing crazy things like lemons and tomatoes. Now we should retrain in a more educated way, with a focus on entrepreneurial spirit." 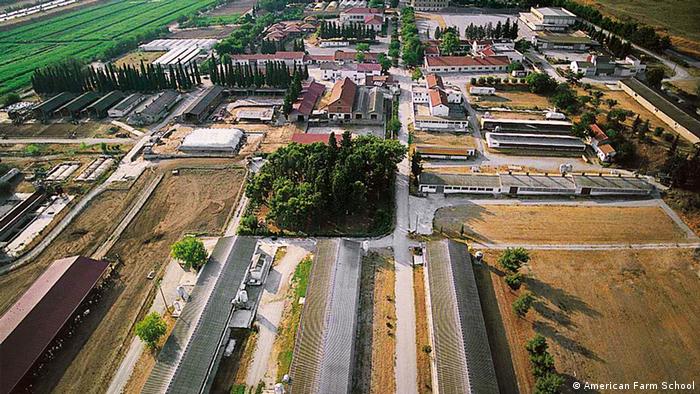 The school is just outside the major Greek city of Thessaloniki

That spirit is already visible in Greece with schemes like the "potato movement," which allows producers to sell directly to consumers in a mutually beneficial arrangement.

The American Farm School, which offers programs from kindergarten to college, is not just for farmers in the making. High school student Demitra Hina is majoring in journalism here, but feels reassured that her extra-curricular education will stand her in good stead should plan A fail.

"No matter how much the taxes are increased or the salaries are decreased, if you have knowledge of farming and produce food on your own, you won't feel the influence of the economic burden as much," she said. "You can always, at least, survive."

Greece will see elections on May 6. With tough austerity measures, dramatic cuts in social programs and little prospect of improvement, the new government will face major challenges. (12.04.2012)

A small Spanish village south of Barcelona is fighting the current financial crisis and record unemployment by renting out a huge field for growing cannabis. But the country's justice minister is not amused. (11.04.2012)

Europe looks for a way out of the crisis

The euro crisis keeps dominating the headlines. But the EU is facing problems far greater than just the current financial turmoil. And the solutions are not getting any easier. (05.04.2012)