New elections in Greece could affect reforms | Europe | News and current affairs from around the continent | DW | 12.04.2012

Greece will see elections on May 6. With tough austerity measures, dramatic cuts in social programs and little prospect of improvement, the new government will face major challenges. 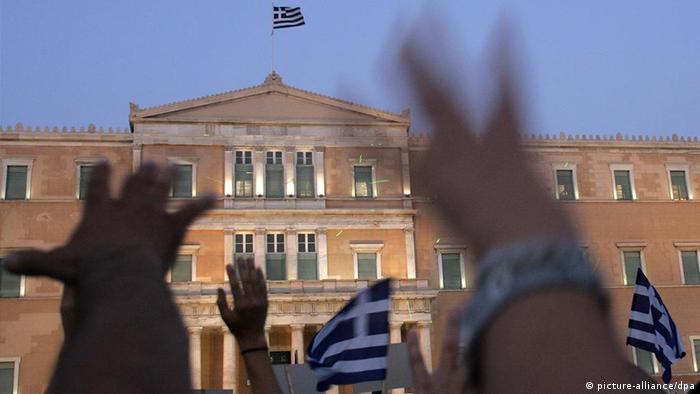 Just six months after taking up his post, Greek Prime Minister Lucas Papademos declared his resignation on April 11, paving the way for general elections on May 6. During his brief time in office, a 130-billion-euro bailout package from international lenders saved Greece from bankruptcy. The price for that: painful cuts for Greeks and tough austerity measures. Experts from abroad are now wondering whether the nation will be able to continue with promised reforms. 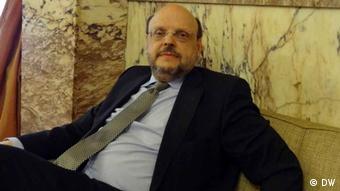 Conservative Antonaros is placing bets on the private sector

Recent opinion polls indicate that neither the conservative New Democracy Party, nor the Socialist PASOK party will manage to secure enough support to govern independently following the elections. While Antonis Samaras, chairman of the Conservatives, said he would demand new elections should his party not be able to rule alone, he then took on a more conciliatory tone. He said that of course the head of government should reflect the party to receive the greatest number of votes in the election.

Evangelos Antonaros, conservative New Democracy member of Parliament, argued that a government led by his party must have a "strong mandate" from voters. Only then would it "be in the position to put into practice the commitments made to our European partners." In addition, he said, the new government will have to tackle dramatic unemployment and the recession through concrete measures. His party would make suggestions and negotiate with lenders, he said. Antonaros is convinced that the private sector could reinvigorate the Greek economy.

A coalition government cannot be ruled out 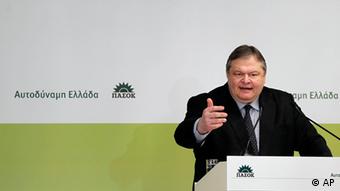 Election campaigns kicked off even before the official announcement of new elections, with political parties blaming one another for Greece's devastating economic crisis. Nonetheless, both Conservatives and Socialists do not want to rule out the possibility of a future coalition government. In the lead-up to the elections, Evangelos Venizelos, chairman of the Socialist PASOK party, said the country needed "a strong government that can implement the program intended to boost the Greek economy and expand it to a national strategy for rebuilding the country." 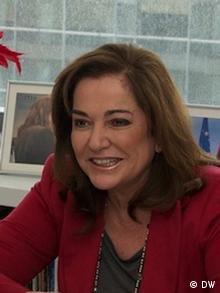 While it's expected that small parties that oppose the tough austerity measures will become increasingly popular among voters, opinion polls suggest that together the major parties - New Democracy and PASOK - would be able to form a new government. Dora Bakoyannis, chairwoman of the centrist liberal DISY - the Democratic Alliance - party, also does not expect to see a majority for opponents of the stabilization and austerity plan. "Of course there's always the risk that extremists will gain in popularity in a country in such crisis and that voters will more often respond to their fervor rather make a reasonable decision," she said. However, she also said that she has faith that, despite the hardship and sense of hopelessness, voters would ultimately "seriously weigh" whether they would want to forego the "safety net" the EU is offering Greece. 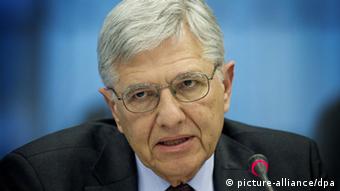 Tassos Giannitsis wanted reforms back in the year 2000

Tassos Giannitsis, Interior Minister of Greece's current interim government, likewise believes that Greece will continue to follow through with reforms after May elections. In response to major protests by unions and party colleagues, Giannitsis was forced to resign in 2000 as Secretary of Labor and Social Welfare. He had proposed a reform package that, among other things, would raise the age for retirement and liberalize the job market. Had those proposals been passed, Greece would be in a much different situation right now.

Given the bitter crisis experience, Giannitsis is certain that not only do a clear majority of Greeks support the EU and the euro, but that reform efforts will continue under a new government. That is also reflected in the nation's political class, he said. "Greece has demonstrated with its decisions that it understands that the reforms must be pushed through in order to gain trust in, and prospects for, the nation." Giannitsis said he hoped that other countries, particularly Germany, would acknowledge the country's efforts up to now, as well as its victims, rather than only criticizing them. He said he believed it would embolden Greeks to do what was necessary.

As elections approach in Greece, politicians argue that immigrants are behind higher crime rates and public health problems. But rights groups say the campaign rhetoric is a cheap ploy to win votes. (11.04.2012)

Greek government to set election for May 6

Prime Minister Lucas Papademos has submitted his resignation, seeking to pave the way for May 6 snap elections. The unelected economist has led a so-called technocrat emergency government in Greece since late last year. (11.04.2012)

Does austerity do more harm than good?

There is apparently only one medicine for states suffering from a swollen national debt - austerity measures. Both unions and the financial sector are becoming more and more skeptical that this is the best antidote. (11.04.2012)