Rebels in Sanaa have dismissed a UN proposal to end fighting in their country. The plan, which had been accepted by the government, was no more than a "media stunt," they said. 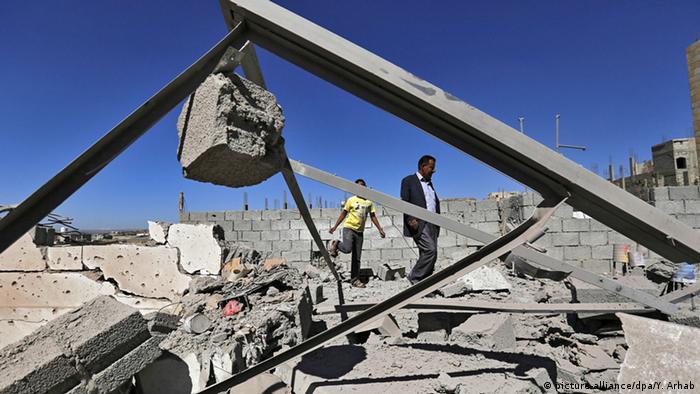 "What was presented by the [UN] envoy was no more than just ideas for a solution to the security aspect, subject to debate like other proposals," the rebel delegation said in a statement from Kuwait, adding that the draft agreement was only a "media stunt."

The new UN plan proposes political dialog between the government and the rebels 45 days after the rebels withdraw and hand over Sanaa and other cities they seized in 2014. The rebels would also have to surrender heavy weapons to a military committee formed by President Abed Rabbo Mansour Hadi and free prisoners of war.

However, the Shiite Houthi opponents of the president - reportedly backed by Iran - say that a peace deal must agree to a new executive authority in Yemen, including a new president and government.

Earlier on Sunday, Hadi's government, which operates from the Saudi Arabian capital of Riyadh, accepted the UN proposal under the condition that the rebels withdraw from the capital, Sanaa, and two other cities they took over in September 2014.

More than 6,400 people have died and over 6.8 million have been displaced after former President Ali Abdullah Saleh was displaced in 2012. The situation worsened after civil war broke out in the country nearly two years ago. According to the UN, more than 80 percent of the country's population is in dire need of humanitarian aid.

Yemeni government forces backed by Arab allies have killed more than 800 al Qaeda members, a Saudi news report says. The militants were reportedly killed in an offensive on one of the group's strongholds. (25.04.2016)