Yemeni government forces backed by Arab allies have killed more than 800 al Qaeda members, a Saudi news report says. The militants were reportedly killed in an offensive on one of the group's strongholds. 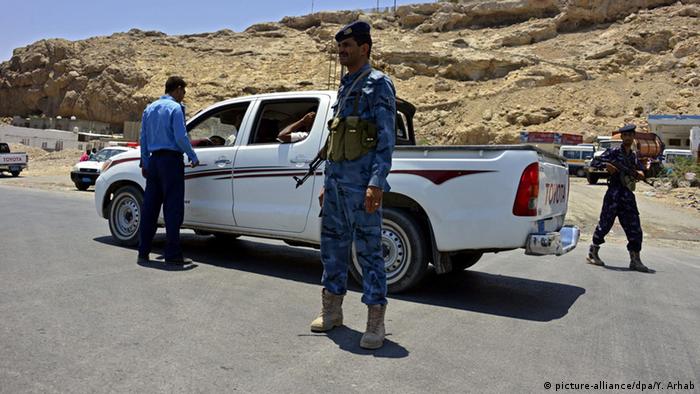 The reported deaths came during an attack on the southeastern port city of Mukalla, which had been held by al Qaeda for the past year, the Saudi-led coalition said on Monday in a statement published by the official Saudi news agency SPA.

Talks between Yemen's government and rebels had to be delayed after the insurgents failed to attend the event in Kuwait. The UN envoy to Yemen said that the country was never this close to peace. (18.04.2016)

Ceasefire takes effect in Yemen; one violation reported in Taiz

Larger wars, partcularly the one in Syria, have overshadowed the carnage in Yemen. But human rights experts say that over the past years, more than 6,000 Yemenis were forced from their homes each day. (11.04.2016)

"The operation resulted... in the death of more than 800 al Qaeda members and some of their leaders, while some others fled," Arab coalition commanders said in the statement.

The death toll could not be independently confirmed. No number was given for civilian casualties.

SPA carried a report late on Sunday night saying that Yemeni troops backed by coalition airstrikes had recaptured Mukalla, the capital of Hadramawt province. The city, home to some 200,000 people, was considered a jihadist stronghold.

Yemeni military sources said Emirati military vehicles and troops were involved in the operation to retake the city. The Saudi-led coalition that has been carrying out airstrikes in Yemen since March 2015 also reportedly attacked al Qaeda positions in Mukalla from the air to pave the way for ground troops. 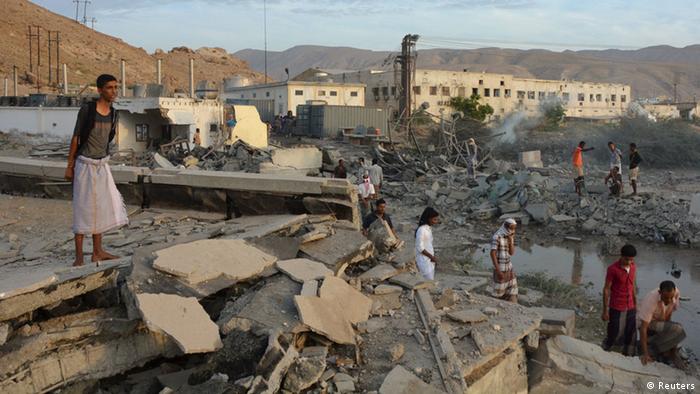 The operation formed part of a wider offensive by supporters of President Abed Rabbo Mansour Hadi, together with Saudi and Emirati special forces, that is aimed at taking back territory captured by jihadist militants who have been taking advantage of Yemen's 13-month civil war.

Yemen is in the grip of a conflict pitting Hadi loyalists backed by Gulf states against Shiite Houthi rebels who are supported by Iran. A ceasefire entered into effect on April 11, but jihadist groups are excluded from the truce.

UN-brokered peace talks are currently underway in Kuwait after a delay caused by a rebel protest over alleged Saudi violations of the ceasefire.