A 48-hour ceasefire in Yemen has hit a rocky patch with sporadic fighting reported over the weekend. None of the factions have emerged with the upper hand in a conflict that's killed thousands and displaced millions. 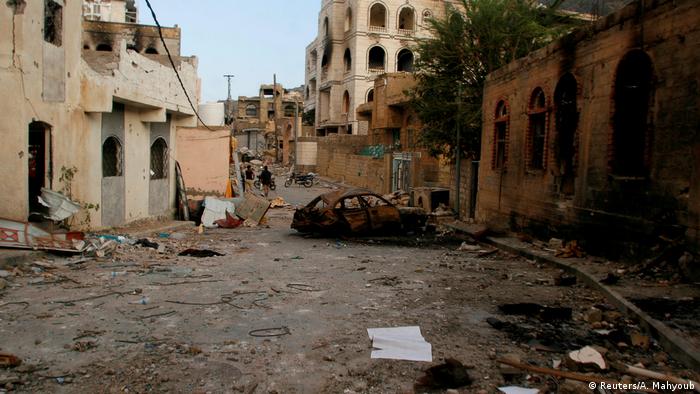 The Arab coalition fighting Iran-backed rebels in Yemen has begun a 48-hour ceasefire. There has been no immediate response from Houthi rebels on whether or not they will accept the truce. (19.11.2016)

Yemen has already been under control of outside powers and has never had total independence. Until that changes Yemen will continue to be unstable, Yemeni academic Walid al-Saqaf told DW. (26.03.2015)

In a DW interview, Iran's Vice President Masoumeh Ebtekar discussed issues including the Syrian war and women's rights in Iran. She also urged world powers to follow through with Iran's nuclear deal. (07.10.2016)

An uneasy calm appeared to settle Sunday on the Arabian Peninsula, a day after the beginning of a 48-hour truce pushed by the US and designed to get Yemen's warring factions to deescalate the protracted conflict. The Agence France-Presse news agency reported that the Houthi rebel-held capital Sanaa had not been hit by any Saudi-led coalition airstrikes since the ceasefire went into effect at 12:00 midday local time (0900 UTC) on Saturday.

But the flashpoint town of Taiz saw heavy fighting as Saudi-backed government forces clashed with Houthi fighters and their allies. The Houthis have been locked in 20-month conflict with Saudi Arabia and its allies in what has emerged as a virtual proxy war between Riyadh and Tehran, the two regional rivals.

Saudi coalition spokesman Major General Ahmed Assiri accused the Iran-backed fighters of 180 violations of the truce in 10 hours after it took effect. He told the Al Jazeera news network that 150 breaches took place in Yemen, while 30 others were along the northern border with Saudi Arabia.

Brigadier General Sharaf Luqman, a spokesman for the Yemeni armed forces allied with the Houthis, said the movement remained committed to a truce but was ready to "defend Yemen's independence in the event of continuing aggression." 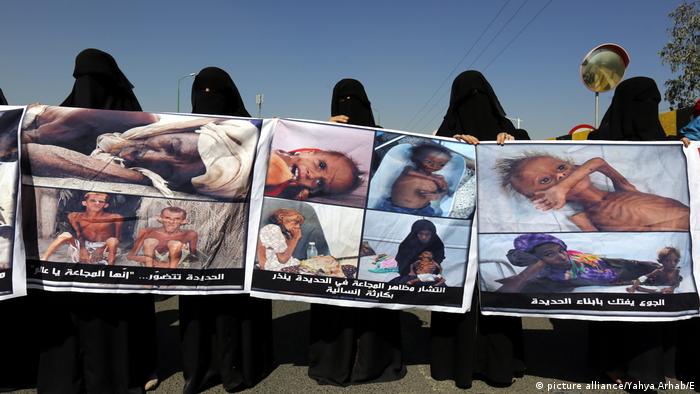 At least 4,125 civilians have been killed in Yemen since the Saudi-led coalition started its air campaign

Yemen's precarious ceasefire comes after US Secretary of State John Kerry this week met rebel representatives in Oman and also urged the government and its Gulf Arab allies to participate. Saudi Arabia and allied Sunni Muslim Gulf states began a military campaign in March 2015 to prevent the Houthis and forces loyal to ex-president Ali Abdullah Saleh taking control of the whole country. The Saudi-led coalition managed to drive enemy fighters from the southern city of Aden last summer, but the Houthis continue to hold swathes of territory including the capital, with help from Saleh loyalists.

A coalition statement carried by the Saudi Press Agency said the 48-hour truce could be extended if the Houthis showed commitment to it and allowed aid into areas under its control, including the city of Taiz. In the meantime, a Saudi-led coalition air and sea blockade remains, cutting off supplies of food and medicine to the Arabian Peninsula's poorest country.

Yemen: crippled by hunger and war