The Arab coalition fighting Iran-backed rebels in Yemen has begun a 48-hour ceasefire. There has been no immediate response from Houthi rebels on whether or not they will accept the truce. 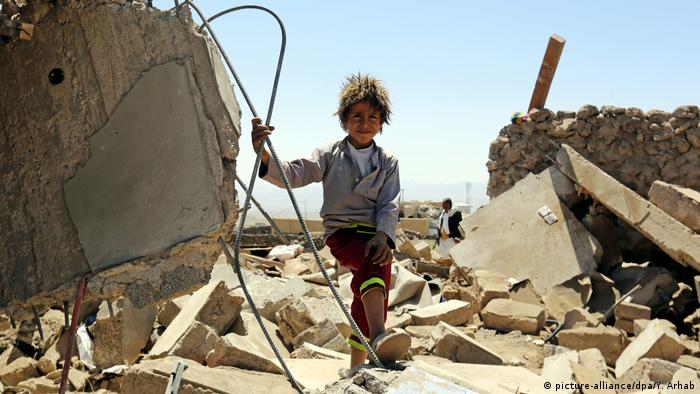 In a statement, the coalition said the truce could be extended if Houthi rebels and their allies agree to the deal and allow humanitarian aid deliveries into besieged cities.

"Coalition forces will abide by the ceasefire," the statement read, but warned that they would respond to any military moves made by rebels and forces loyal to former president Ali Abdullah Saleh.

The announcement followed a ceasefire request by Yemen's exiled President Abed Rabbo Mansour Hadi, who is currently based in Riyadh.

Houthi rebels are currently fighting for control of Yemen against alliances of rival forces, including groups loyal to Hadi and Gulf-backed southern separatists as well as Sunni Islamists.

US Secretary of State John Kerry announced a ceasefire that was supposed to take effect on Thursday, but intense fighting on Friday - along with a deal rejection from the Yemeni government - eliminated hopes that the warring factions would abide by the truce.

Six attempts to reach a ceasefire in Yemen have failed, including a three-day truce in October that fell apart shortly after coming into effect.

Since Thursday, over 50 people have been killed in clashes between rebels and loyalists outside the city of Taez, according to medical and military sources.

According to the United Nations, over 7,000 people have been killed and almost 37,000 wounded in Yemen since the Saudi-led coalition began its air campaign in March 2015. Over 100 soldiers and civilians have been killed on the Saudi side of the border since March last year.

The UN has also warned about a humanitarian crisis in the country as millions are suffering from serious food and water shortages. A cholera outbreak has been confirmed in the nation's capital, Sanaa.