Iran-aligned Houthi rebels have claimed their largest operation yet, reportedly capturing "thousands" of Saudi troops in the border region. There has been no immediate confirmation from Saudi authorities. 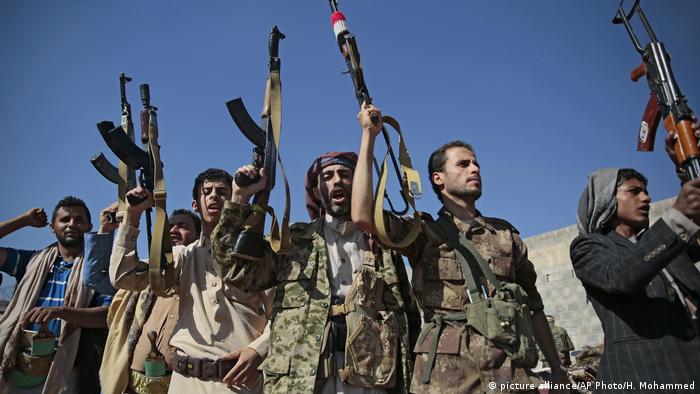 Yemen's Houthi fighters have claimed a major raid resulting in the capture of "thousands" of enemy troops, including many officers and soldiers of the Saudi army, as well as hundreds of armored vehicles and weapons.

Houthi military spokesman Yahia Sarie told the Houthi-run al-Masirah broadcaster on Saturday that three "enemy military brigades had fallen" in the operation. He said the offensive was supported by drone, missile and air defense units.

"This is the largest operation since aggression started on our country," he said.

The operation, reportedly near the southern Saudi region of Najran, has not been confirmed by the Saudi-led coalition leading the fight against the Houthis. The Houthis have offered no visual evidence for their claims.

Houthi rebels have been battling Yemeni government and coalition forces in the northern Saada province in recent months, and have reportedly captured scores of Yemeni forces near the Saudi border.

Saudi Arabia has lead a coalition fighting the Iran-backed group since 2014, but has suffered several setbacks in recent months, most notably when half its oil production was shut down by an attack on a major Saudi oil facility earlier this month.

Houthis have claimed the attack on the oil facility, but Saudi Arabia and major Western nations have blamed Iran directly for the strikes.

There are fears the latest operation could hamper United Nations efforts toward peace talks.

Tens of thousands of people have died in the war and millions of people are at risk of famine and disease in the Arabian Peninsula's poorest nation.

The US is deploying ground-based air defense systems and 200 troops to Saudi Arabia in response to this month's strikes at the heart of Saudi Arabia's oil infrastructure. (27.09.2019)