France has floated the idea of slapping labels on products like electronics to tell consumers how long they will last, and how easily they can be recycled. But would such schemes actually inspire greener choices? 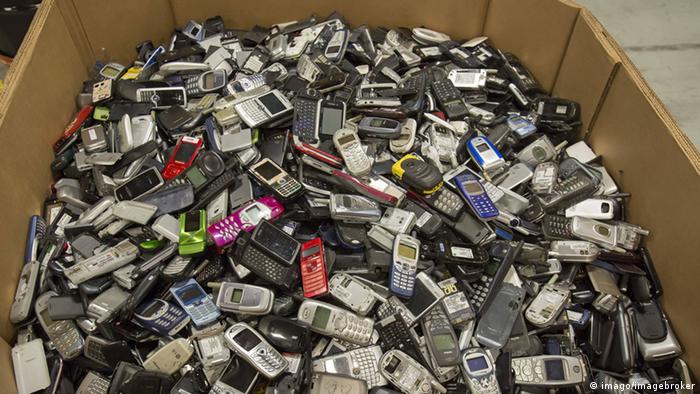 The increasingly short lifespan of products, particularly electronics, is a double scourge: to the environment in the form of e-waste, and to the consumer who must constantly replace short-lived items with new ones.

Now, a French politician has proposed a new label for products to inform consumers about their durability, traceability, eco-design and recyclability. 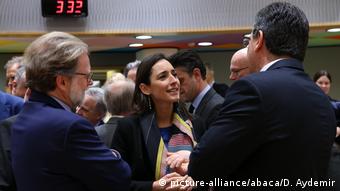 Brune Poirson, who is Secretary of State to the Minister for the Ecological and Inclusive Transition in Emmanuel Macron's government, said the labels would "give the French the means of a more responsible consumption, more favorable to their budget."

But analysis shows that consumers are far more interested in the latter than the former. And that may be the fatal flaw in the labels Poirson is envisioning.

At a time when many consumers suspect that manufacturers are engaging in "planned obsolescence" — that is, purposefully designing products to break down quickly so consumers will have to buy new ones — the idea is likely to be popular with the public.

France tried to introduce such legislation in 2015, but it proved unwieldy. A similar idea was put forward that same year in Germany, but it, too, fizzled out.

Measuring durability is an inexact science, and creating easy-to-understand labels that combine the factors of both lifespan and sustainability may not be possible, some experts think.

E-waste is a growing problem around the world

'Confusion for the consumer'

The proposed labels would rate products on a scale, say from 1 to 10, aggregating a number of different factors like ease of repair, durability and sustainability.

Stephane Arditi, coordinator of the Cool Products campaign for sustainable shopping in Brussels, says that while the intention is good,  implementation would be far more complicated than it might seem.

"The criteria they will use is not clear," he told DW. "An aggregated, multicriteria label can create confusion for the consumer."

Perhaps a company places a large amount of information about the product's sustainability on their website, giving the product a high score. But if the information doesn't actually help to make the product last longer, this wouldn't be of much use to the consumer.

Reusing e-waste in the EU

Reusing e-waste in the EU

The aggregate label might also be combining contradictory information, he added. "If you include recyclability in the label, that's not a bad idea," he said.

"But having an appliance be easily recyclable is not the same as an appliance that lasts long," he pointed out.

Arditi said it would be better for a variety of labels rating different criteria, but of course that would be impracticle to fit on packaging.

Poirson has suggested adding a QR code, which consumers could scan with their smart phones to find out how the score was calculated.

But how many people would really bother to do that?

While voluntary certification schemes for environmentally friendly products already exist, such as the EU's ecolabel and Germany's Blue Angel scheme, created in 1978 — the oldest such label around — so far there has been no label that specifically measures product lifetime and durability.

Kathleen Jacobs, a researcher at Alanus University in Germany, has conducted a pilot study into how consumers would react to a hypothetical product lifetime label. It was framed as a label that was not a guarantee, but simply an indication of expected lifetime, and would be tested by an independent agency. 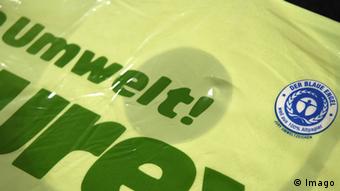 Blue Angel, a voluntary environmentally-friendly label, has existed in Germany since 1978

Although the consumers surveyed said the most important factor — weighted at 33 percent — in their purchase decision was price, they ranked a theoretical product lifetime label at 31 percent. They gave energy consumption, a label that already exists across the EU, less than half the importance of a product lifetime label.

Durability of products has decreased over the years, she pointed out. "Maybe a label could kick [competitors with low product lifetimes] out of the market."

But the research also indicates subtleties.

"Only a small group of people who have 'environmental concern' make decisions based on protecting the environment," she says. "The preference for durability is driven by both sustainable values and egoistic motives, such as saving money."

The key question is what consumers would pay for such information, particularly on recyclability, which has no immediate economic benefit for the consumer.

"The market for a product lifetime label is bigger, because it attracts not only those who want to help the environment," Jacobs says. The results of her full-scale research will be ready by the summer.

In 2017, the European Economic and Social Committee published research on how consumers would react to a "long-lasting" label in various product categories. It found that sales of suitcases would increase by 128 percent, printers by 70 percent and smartphones by 41 percent. 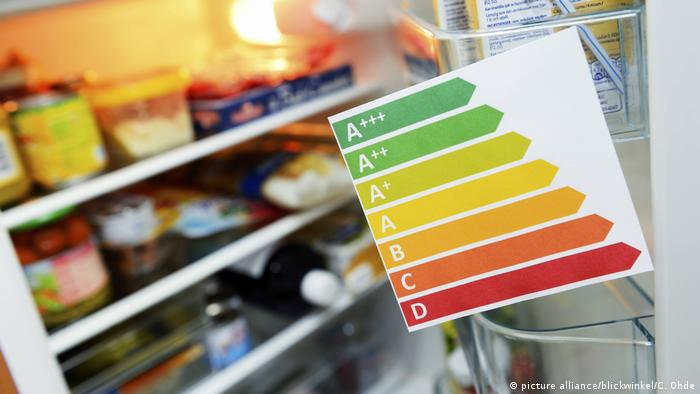 But durability tests for a labeling scheme, whether they are conducted by the companies themselves or by independent authorities, are expensive. Somebody has to pay for them — and those costs are usually passed on to the consumer.

This was the case with new EU minimum lifetime requirements for lightbulbs, in which required testing drove up the price.

A French law takes aim at our throwaway gadgets

The other hurdle is legal. Poirson's proposal would be only voluntary, because under EU law, France could not introduce a required national label.

"France already in the past tried to introduce an environmental label for products on the market, but was challenged by the EU, which said it was a distortion of the single market," Arditi explained.

A national agency would face challenges along that route. "But we encourage France to be brave on this, to try it," he added.

Jacobs said she would push for a mandatory label to be adopted at the EU level, and pinned some hopes to demonstrating its feasibility through an initial voluntary scheme in France.

The EU would be able to build on successes of its existing eco-labels and energy efficiency labels. Those, too, are designed to save to consumers money, in addition to delivering environmental benefits.

The experts seem to agree on one point: Money-saving is a necessary prerequisite for sustainability labels to be a success.