On Sept. 1, the EU ban on old-fashioned light bulbs goes into effect. But artists and museum owners say energy-saving lamps will completely change the way art is viewed and created - for the worse. 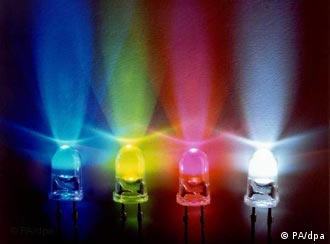 Peter Orth likes to surround himself with art. That's why he converted his quaint two-storey home into a museum. Every room, including the garden and courtyard, is adorned with his collection of art works, ranging from stained glass windows and ornate chairs, to sculptures and paintings.

Orth says his entire collection would lack half its lustre if it weren't for one thing: the light bulb. Throughout the museum, he has set miniature light bulbs into the ceiling to highlight specific aspects of the paintings or sculptures.

Lighting art and light as art 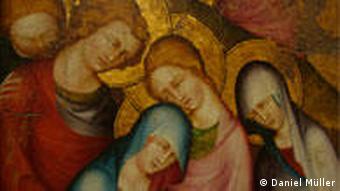 "Without the light bulb, the painting still has its colors, but it is overshadowed by the gray tones from the rest of the room," said Orth. "The lights help to bring out certain elements in a painting as intended by the artist or the gallery designer."

Some of the exhibits in the Orth House Museum are inherently dependent on the display of light bulbs. Inspired by his travels across the world on a sail boat years ago, Orth has converted one of the basement rooms into a nautical sky scene, with light bulbs built into the ceiling to represent constellations of stars.

Other works consist mainly of light, like the sculptures lit from within by miniature bulbs.

"Most of these lights have been designed specifically for the art work. I cannot find a suitable energy-saving lamp to fit those requirements," said Orth. "Changing the system would mean major structural changes, including tearing down walls, which again requires so much expenditure. Then where's the energy savings?"

Photographer Marcel Panne is also concerned about the upcoming light bulb ban. He works with the Cologne-based artists' collective Lichtfaktor, which uses various light sources to produce photos and videos of cities by night. Their work involves "painting" with light using long-term exposure.

While Lichtfaktor mostly works with LED lights and battery-operated flashlights or bicycle lights, Panne says he can't visualize his work without the good old-fashioned light bulb.

"As light painters, we need a huge range of different qualities of light," he said. "Sometimes we need the cold quality of a LED or neon light, but sometimes we need a warm light, which only the light bulb can provide. This light can't be simulated."

While incandescent light bulbs bring out the entire spectrum of light, the energy-saving lamps have higher components of blue and white, which can make the light appear more artificial.

Lichtfaktor works with a wide variety of light sources

Shedding light on the future

For those who aren't willing to alter the appearance of their artwork, the only option is to to stock up on the old-fashioned bulbs. Several museums have already started doing that, such as the Museum Ludwig in Cologne.

"It may even be a lucrative business option for some people in the future, to buy large stocks of light-bulbs from elsewhere and sell them to those who need them," said Panne.

Since the EU, despite all the protests, is going through with the Sept. 1 ban, efforts are now on to find a suitable energy-efficient substitute for the light bulb that has the same quality of light. But this will be an uphill task, as "energy-saving lights will just not function in a museum," according to Orth. "Even halogen lights have limited use in displaying art."

It will be up to the creative people to find solutions in the future, says Michael Gaertner from the Central Association for European Design Culture or ZVEDK.

"For the existing classics in designer lamps that have been produced in the last century using the incandescent light bulb, this ban is an aesthetic calamity," he said.

The European Union, however, contends that there are suitable options and alternative technologies available for museum owners, artists and photographers.

"Improved incandescent bulbs with halogen technology provide exactly the same type and quality of light as conventional incandescent light bulbs or conventional halogens," said Ferran Tarradellas Espuny, EU spokesperson for energy. "They come in the same shapes and appearances, and fit into all existing luminaries."

He added that while these alternatives currently cost more than conventional lamps, their prices would drop once mass production gets underway.

Still, Gaernter says that "not all interests were represented" when the EU passed the light bulb regulation. At the same time, he feels that a reform in light technology could have a positive effect by making designers conscious about saving energy, too.

The ZVEDK is working together with industry and the EU to find suitable alternatives that will strike the right balance between energy efficiency and aesthetics.

For Cologne artists, light is their paint and the world their canvas

They use flashlights instead of spray cans: A new generation of graffiti artists is putting city landscapes in a whole new light. For a group of light writers from Cologne, the world is - literally - their canvas. (29.07.2009)

Energy-Saving Bulbs to Light Up the Future

Almost 20 percent of all the energy produced in the world is used to power lights. Energy-saving bulbs could help -- though so far the ones on the market aren't quite up to par. (16.11.2008)

There is a growing market for diapers for old people, but soiled nappies create a lot of environmental waste. Now, companies in Japan are inventing new ways of cleaning up the mess and producing energy.

It's eight months since the Taliban took control of Afghanistan and the country has slipped down the news agenda. 'The world forgets about us,' says Friba Rezayee, the first Afghan woman to compete at the Olympics.

Where Christmas and arched candle holders are inseparable 13.12.2021