Energy-Saving Bulbs to Light Up the Future | Europe | News and current affairs from around the continent | DW | 16.11.2008

Energy-Saving Bulbs to Light Up the Future

Almost 20 percent of all the energy produced in the world is used to power lights. Energy-saving bulbs could help - though so far the ones on the market aren't quite up to par. 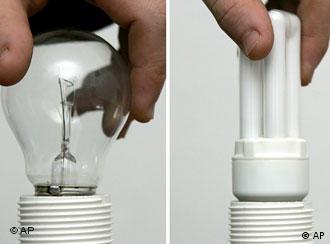 The potential is enormous. If all the traditional light bulbs in the world were replaced with energy-saving ones, lighting energy use could be cut by 40 percent. By 2030, 16 billion tons of CO2 would have been prevented from escaping into the atmosphere. That's according to a new study released by the renowned Worldwatch Institute. 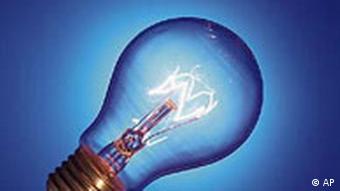 The use of energy-saving bulbs is on the rise worldwide. Since the beginning of the century, use has tripled to over four billion, and some countries are calling for more. Australia has even gone so far as to say that after October 2009 the sale of traditional light bulbs will be outlawed.

Manufacturers say energy-saving bulbs have an efficiency factor of 25 percent -- five times that of a traditional light bulb. Energy saving bulbs also last longer, and experts predict that those who use them save up to 100 euros ($125) per lamp over a 10-year period.

But not everyone is singing the praises of the little bulbs that could. The German ecological product review "Ökotest" put 16 models through a rigorous set of tests and came to a sobering conclusion: Most energy saving light bulbs aren't as bright as they should be.

According to the magazine, the light quality was poor, sometimes flickered and didn't last as long as manufacturers claimed. The lamps were also found to contain poisonous mercury. In the end, "Ökotest" said energy-saving lamps were hardly recommendable.

Meanwhile, however, industry researchers are working on developing alternatives. Some of them are focusing on light-emitting diodes, or LEDs. They can be twice as efficient as energy-saving bulbs, said Shuji Nakamura, a physicist at the University of Santa Barbara in California.

An LED is a small electronic chip. When electricity is sent through it, the electrons are excited and give off energy in the form of light. LEDs have been around for a long time and they're often found in the little red or green lights on stereo systems. In the 1990s Nakamura laid the ground work for a white LED - and with it, the basis for a new type of lamp. 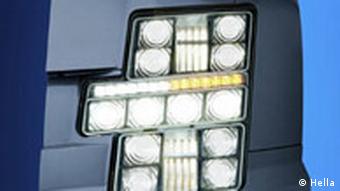 LEDs are energy efficient, but not bright enough to use on a large scale

White LEDs have already been around for several years in the form of flashlights and bike lights, but according to Bremen physicist Detlef Hommel they aren't yet bright enough to be used for regular lighting or automobile headlights.

"In order to really be able to make car head lights with LEDs we'll have to push the envelope. And to do that there are a lot of physical challenges to that," he said.

Another downside is that currently LED lamps are quite expensive, and until they're somehow made more affordable, will never be successful on the mass market. But just as LEDs are an alternative to energy-saving bulbs, so too is there an alternative to the LED: the OLED, which are lights made from luminous plastic molecules.

Uli Lemmer, a physicist at the University of Karlsruhe, said it would very easy to make lamps out of them. He said he envisioned them being integrated as large-scale, random light sources into the architecture of buildings.

"In other words an entire wall or ceiling completely lit up," he says.

Hard to beat a classic 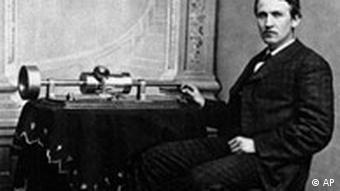 Thomas Edison invented the light bulb over a century ago

But Uli Lemmer said that vision is still a long way off.

"They're competing with the light bulb, which has been optimized over the course of more than a century and can be mass produced in a very cost-efficient way," he adds.

And that means that it'll be at least another decade before lamps made from luminous plastic will be available on the market.

As Moscow threatened to scrap plans for a gas pipeline connecting Russia to Germany, the EU unveiled proposals to increase energy security and cut back its dependance on Russian energy supplies. (13.11.2008)

Rising petrol prices and environmental ills are a fine argument in favor of fuel cell cars driven by electric power generated from hydrogen. Yet oddly, carmakers are not currently singing the praises of this technology. (03.09.2008)