Worried about your ecological footprint? Start with your loaf of bread | Environment | All topics from climate change to conservation | DW | 28.02.2017

Worried about your ecological footprint? Start with your loaf of bread

Forget your car or your heating; your every-day loaf of bread also has a cost to the environment. But an unsustainable use of fertilizers is to blame - and there are solutions for that. 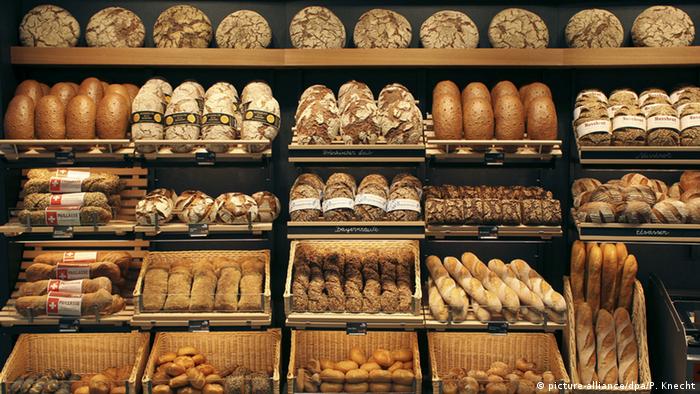 Global warming has been quite present in our daily lives for the last few years – almost as much as bread. Now, researchers have actually related both of them.

A new study published in the journal Nature Plants, has analyzed the environmental impact of a single loaf of bread from seed to our daily breakfasts. Surprisingly, the greater damage to our planet occurs when our bread is only a tiny wheat grain.

Fertilizers are to blame. More precisely, the ammonium nitrate fertilizer. It alone accounts for nearly the half of all greenhouse gas emissions of bread's production chain.

But researchers insist the study does not aim at stopping us from eating bread. Rather, to motivate consumers to demand further transparency, and boost cooperation across the supply chain to achieve more sustainable products.

Bread was simply the needed hook to get the public's attention.

"Our purpose was to highlight the overdependence on fertilizers in our food system," Liam Goucher, lead author of the study and researcher at University of Sheffield told DW.

"And bread is a product in which everyone can rely very easily." 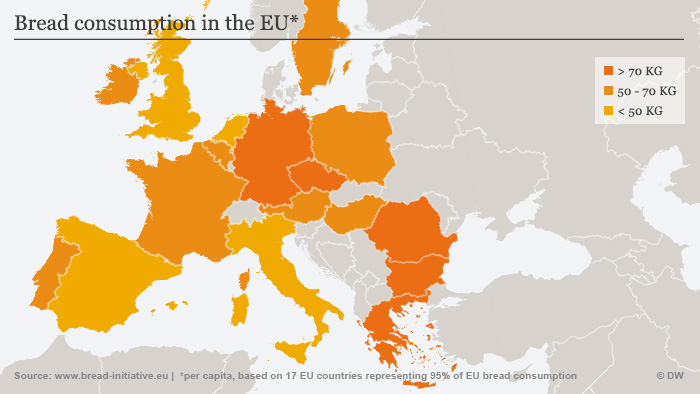 Right at the start

In the United Kingdom alone, around 12 millions loafs of bread are eaten every day. In 2016, Europeans consumed on average 63 kilos of bread per person, according to the Bread Initiative, a group including five of the largest European bread trade associations.

But despite the huge presence of bread in our lives, we rarely think of its environmental impact - while we worry about our energy consumption or the fuel of our cars.

Goucher and his colleagues thought it was a good moment to look at it - from beginning to end. Through collaboration with manufacturers, they got data for every stage of the loaf production.

The huge amount of energy used and the constant emissions produced for harvesting and irrigating did not surprise anyone. But more than 60 percent of the emissions came from growing wheat.

There was still a surprise to come. One of the polluting elements left far behind all the others together. "What surprised us most is that 43 percent of emissions come from a single fertilizer input," Goucher said. This corresponds to the ammonium nitrate fertilizer. 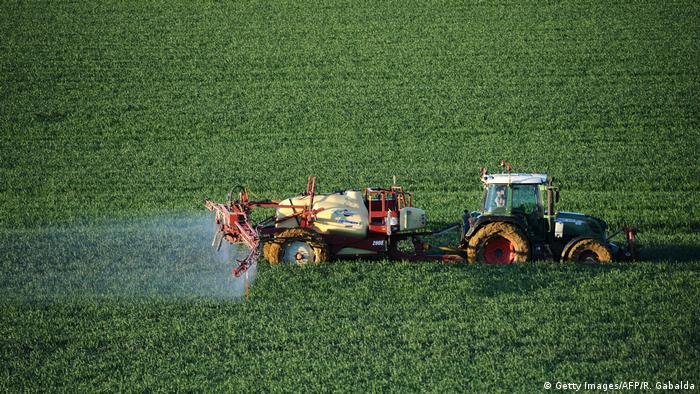 Most crop yields in Europe rely on mineral fertilizers

Besides water, plants need nutrients and trace elements to grow to high-quality standards and fertilizers with the exact nutrients are key to assure the soil's fertility, so says the German Federal Environment Agency (UBA).

The latter fertilizers can end up largely contributing to global warming due to the large amount of energy needed for its production and the nitrous oxide (N2O) gas released when it is degraded in the soil, the study exposes.

Numbers might help understanding why this is scary. Nitrous oxide is a greenhouse gas that does 300 times more climate damage than carbon dioxide (CO2). Together with methane, nitrous oxide constitutes about a quarter of global warming – and it is mainly released through industrial agriculture.

Bread helps highlighting in a wider context the dependence on the unsustainable use of fertilizers in agriculture, Goucher believes. By 2050 we will have to share our space on Earth with almost 10 billion human beings, if we trust United Nations projections.

Synthetic fertilizers supporters are right to argue that it boost yields production. More production in less space seems to be the solution we are looking for to feed such huge amounts of people. But researchers are aware of this challenge and still see an alternative route.

They believe a more sustainable agriculture is possible if all actors get involved and cooperate. Contrary to the idea of blaming the farmer or the manufacturer, Goucher's team believed in a shared responsibility.

"We put forward the idea of a shared responsibility," he said. "We focus on how to cooperate to reduce the impact along the supply chain."

Everyone has power to diminish the environmental impact of our daily food - starting with bread.

The farmer could apply precision agriculture methods; fertilizer manufacturers could reduce the amount of natural gas they use; and even consumers could be more exigent on the production process' transparency and more informed to choose their daily bread appropriately. 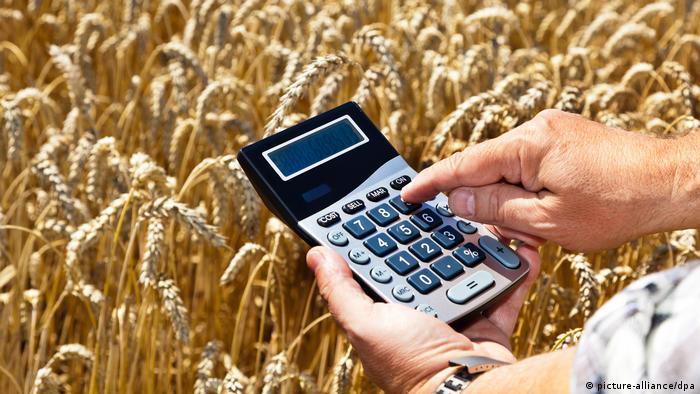 Economy plays a vital role in agriculture and its development

"Like it or not," Goucher pointed out. "Many changes in the agri-food sector depend on economic incentives."

The author is convinced a greater economic investment could reduce the use of unsustainable fertilizers. It could help, for instance, making organic fertilizers economically viable for farmers to completely switch over to them.

But the agriculture industry has still more interest in making money than boosting sustainable sources of food. Farmers and retailers keep depending on highly productive crops - and therefore on hazardous fertilizers.

"Of course there are much damaging products such as beef," Goucher said. Bread is a very strong starting point as it is a daily companion for most of us.

But a change will not come if we only target bread, Goucher concluded. There is a need for increased transparency across all different agricultural and food systems.

A passion for farming

A Ugandan project is giving girls who dropped out of school a fresh start growing passion fruit. With a piece of land and 60 seedlings, these young women are well on their way to becoming successful farmers.  (13.02.2017)

Although the Emerald Isle has become the first country in the world to divest from fossil fuels, agriculture there remains carbon-intensive. As Ireland hosts the IPCC, activists ask: How can the country become greener? (13.02.2017)

Scientists have been exploring the cause of the planet's rising temperature since the 20th century. Climate change skeptics say that human-caused CO2 emissions don't have an effect. DW takes a look at the facts.