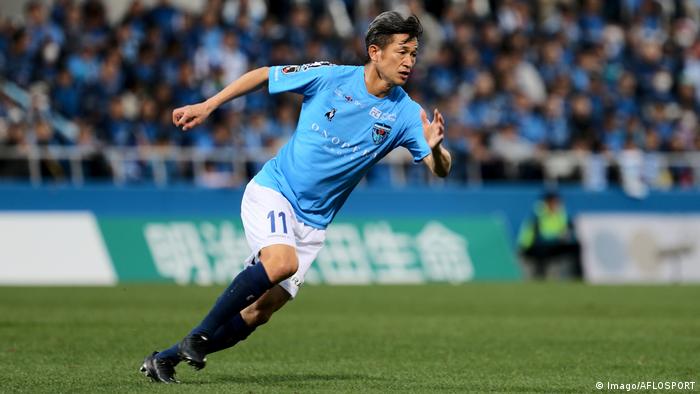 Football is generally regarded as a short-term, if often lucrative, career. Players sacrifice a lot to make the grade, cash in for 15 years or so if they're lucky and then hang up their boots.

Not Kazuyoshi Miura. The man recognized by Guinness World Records as both the oldest player and the oldest goalscorer in professional football history signed a one-year contract extension with Japanese outfit Yokohama FC on Saturday, a deal that will see him extend his career to a 35th season.

The forward, 52, also has a new challenge in the upcoming J-League campaign, with his team having won promotion back to the top flight last season.

“I hope to enjoy playing soccer and remember to be grateful as I make an effort to achieve the club’s goal of staying in the J1. I’ll work hard to contribute to the team’s wins,” Miura said on signing the extension.

King Kazu, as Miura is known in Japan, became a superstar in the country early on, despite not actually beginning his career in his homeland.  His decision to travel to Brazil at the age of 15, in 1982, was rewarded with a first pro contract at Brazilian giants Santos, where Pele spent the vast majority of his career. His first appearance came in 1986.

One of the few omissions in this most lengthy of footballing CVs is a World Cup appearance. Despite scoring 14 goals in qualifying for France 1998, Miura was a surprising omission from the squad for Japan's debut on football's grandest stage.

He was, however, the first Japanese player to play in Italy, scoring for Genoa in their derby with Sampdoria, and briefly played for Croatian outfit Dinamo Zagreb before returning to Japan in 1999. He's been with Yokohama since 2005 and has racked up more than 250 games. 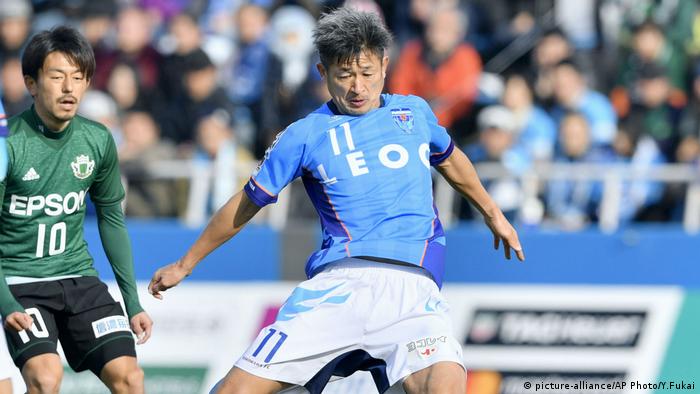 Miura is the oldest professional player and goalscorer

"My passion for soccer has not changed since I turned pro at the age of 18," he told reporters at an event to mark his 52nd birthday last year. "I even feel like it is growing."

Though his passion may be growing, there are some signs that, unsurprisingly, Miura's playing powers are waning. He failed to score in his three appearances last term and hasn't found the net since he broke Stanley Matthews' record as the world's oldest goalscorer in 2017.

But, given his extraordinary career to date, nothing can be safely ruled out.

Matthias Ginter: The spare part who became the main man for Germany

He's been to two World Cups, and won one, without playing a minute. But Matthias Ginter has since emerged as a key man in a remodeled Germany side. His improvement has now been recognized with two major awards. (10.01.2020)

Bundesliga: Where next for Mario Götze?

Mario Götze will likely be available on a free transfer at the end of the season after talks with Dortmund broke down. He's been linked with an array of clubs but at 27, the World Cup winner’s career is at a crossroads. (09.01.2020)