Matthias Ginter: The spare part who became the main man for Germany 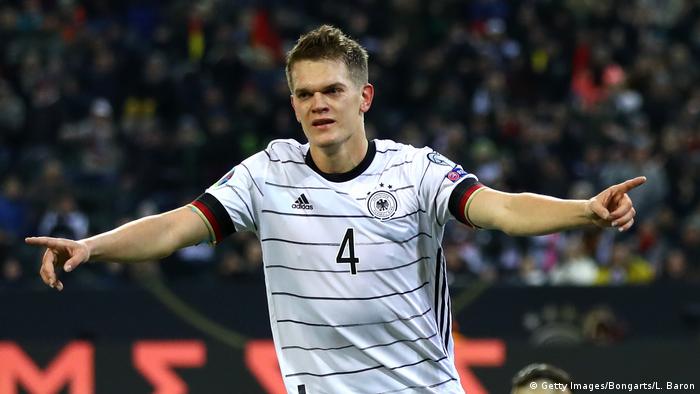 Though the majority of Germany's 2014 World Cup winning squad no longer represent their country — whether through racially-motivated resignations, the judgement of Joachim Löw or retirement — three men remain. Anyone with a passing interest in German football would be quick to pick out Toni Kroos and Manuel Neuer in a pub quiz but the third player would perhaps be a headscratcher to some.

But that may not be the case for too much longer, with Matthias Ginter rapidly becoming one of Germany's most important players. The man who watched two World Cups from the bench and missed out on the Euro 2016 squad altogether was named Germany's Player of the Year by the DFB (German FA) on Friday, with Serge Gnabry surprisingly missing out.

The 25-year-old defender also picked up the prize for the country's Goal of the Year, voted for by Germany fans, for his outrageous backheel against Belarus in November.

"I am absolutely delighted. It was an amazing feeling to score my first international goal,” he said from Borussia Mönchengladbach's winter training camp. “To have scored it in my club’s own stadium and for it then to be voted ‘Goal of the Year’ is incredible.” Matthias Ginter's backheel was named Goal of the Year

As impressive as the strike was, Ginter's ascendancy hasn't been based on his attacking prowess. Though Löw rated him highly enough to make him Germany's youngest squad member in the 2014 win, Ginter struggled to nail down a spot for his country, often filling in as a defensive midfielder or right back with Mats Hummels and Jerome Boateng justifiably favored in his preferred center back role.

But Löw's axing of Hummels and Boateng post-Russia, as well as a long-term injury to Niklas Süle, offered the Freiburg youth product a chance he's taken.

"As a coach, you always know what to expect from him," said Löw of Ginter after the Belarus game. "You can trust him and he is able to do what we want him to do, which is to help build the play up from defence. He’s got much better. He has this sense of calmness about him, which is what makes him so solid, serious and reliable."

Those qualities saw Ginter feature as a center back in every Euro 2020 qualifier that he was available for. The return from injury of Antonio Rüdiger and potential return of Süle ahead of the tournament may muddy the waters a little but Ginter now appears first choice at the heart of the Germany defense.

Such a statement would have seemed far fetched during his spell at Borussia Dortmund, between 2014 and 2017. His versatility seemed to count against him and Ginter struggled to really make his mark at the Westfalenstadion, with errors increasingly creeping in and his development seeming to stall.

A move to Gladbach shortly after Peter Bosz took charge of BVB raised few eyebrows but Ginter has grown in to his defensive leadership role with the Foals and kicked onsince the arrival of Marco Rose at the beginning of this season.

Leading from the back

“The new approach is more powerful, dynamic, and forward thinking,” he told German publication kicker late last year. “I had a long conversation with him at an early stage about plans, perspectives and goals. The discussion made me feel good, so it quickly became clear that I wanted to help this project.” 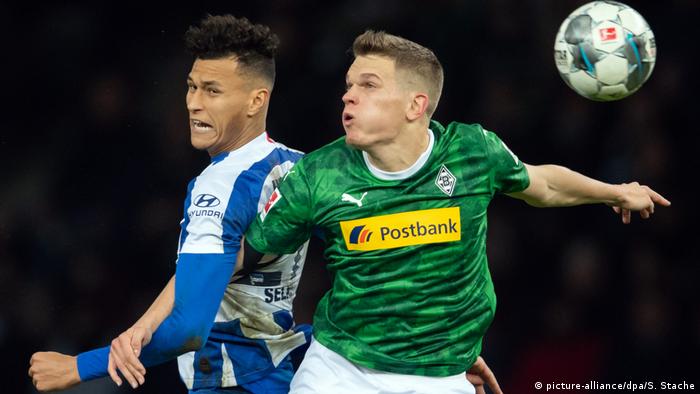 Ginter has excelled for Gladbach this season

Like Löw, Rose has benefitted from Ginter's increased confidence and competence at bringing the ball out of defense, especially against more passive opponents. And the defender has retained the high levels of determination, concentration and anticipation that have been his hallmarks since he was a young player, even if not everyone has always seen those qualities.

“In Freiburg no one believed that I could become a Bundesliga player.  When I moved to Dortmund a lot of people thought that step had come too early. Even at Gladbach, I wasn’t seen in the role that I’ve actually taken on at the heart of defence,” he said recently.

Many more people believe in Ginter now and he'll surely add to his 29 caps, if not neccessarily his one goal, both before and during Euro 2020. He's waited long enough.

A decade in which Germany's national team once looked set to establish dominance has instead ended in relative ignominy. For head coach Joachim Löw, the lead actor throughout, results in 2020 could define his legacy. (01.01.2020)

Achraf Hakimi: African Young Player of the Year with a decision to make