By the end of Monday, humanity's allotment of natural resources for 2019 will be all used up, according to a report. Over the past 20 years, Earth Overshoot Day has moved up three months to July 29. 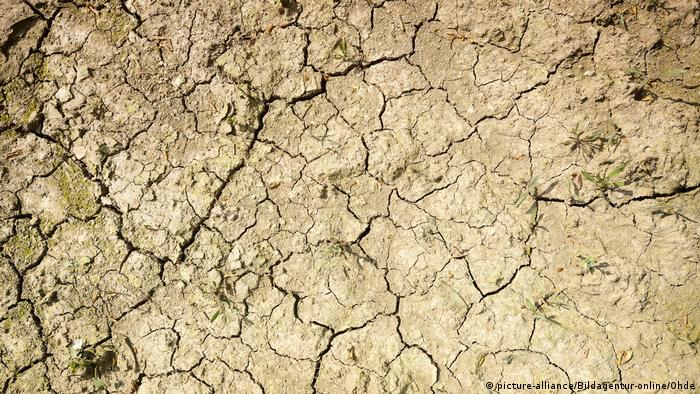 Starting Monday, humanity will consume more resources through the end of 2019 than the planet can sustainably regenerate for the year, according to the Global Footprint Network (GFN), which has been calculating Earth Overshoot Day since 1986.

"Earth Overshoot Day falling on July 29 means that humanity is currently using nature 1.75 times faster than our planet's ecosystems can regenerate," according to GFN. "This is akin to using 1.75 Earths."

Organizations such as the European Commission's Directorate General for Environment took to social media to demonstrate their interest in preserving resources.

By the GFN's calculations, some countries reach their own overshoot days much more quickly than others. Qatar and Luxembourg overshoot the mark less than 50 days into the year, while the United Arab Emirates, Kuwait, the US, Canada, Denmark and Australia burn through their allotted resources before the end of March. Israel and Germany hit their overshoot point on May 3, and only Cuba, Nicaragua, Iraq, Ecuador and Indonesia don't reach the mark until December. 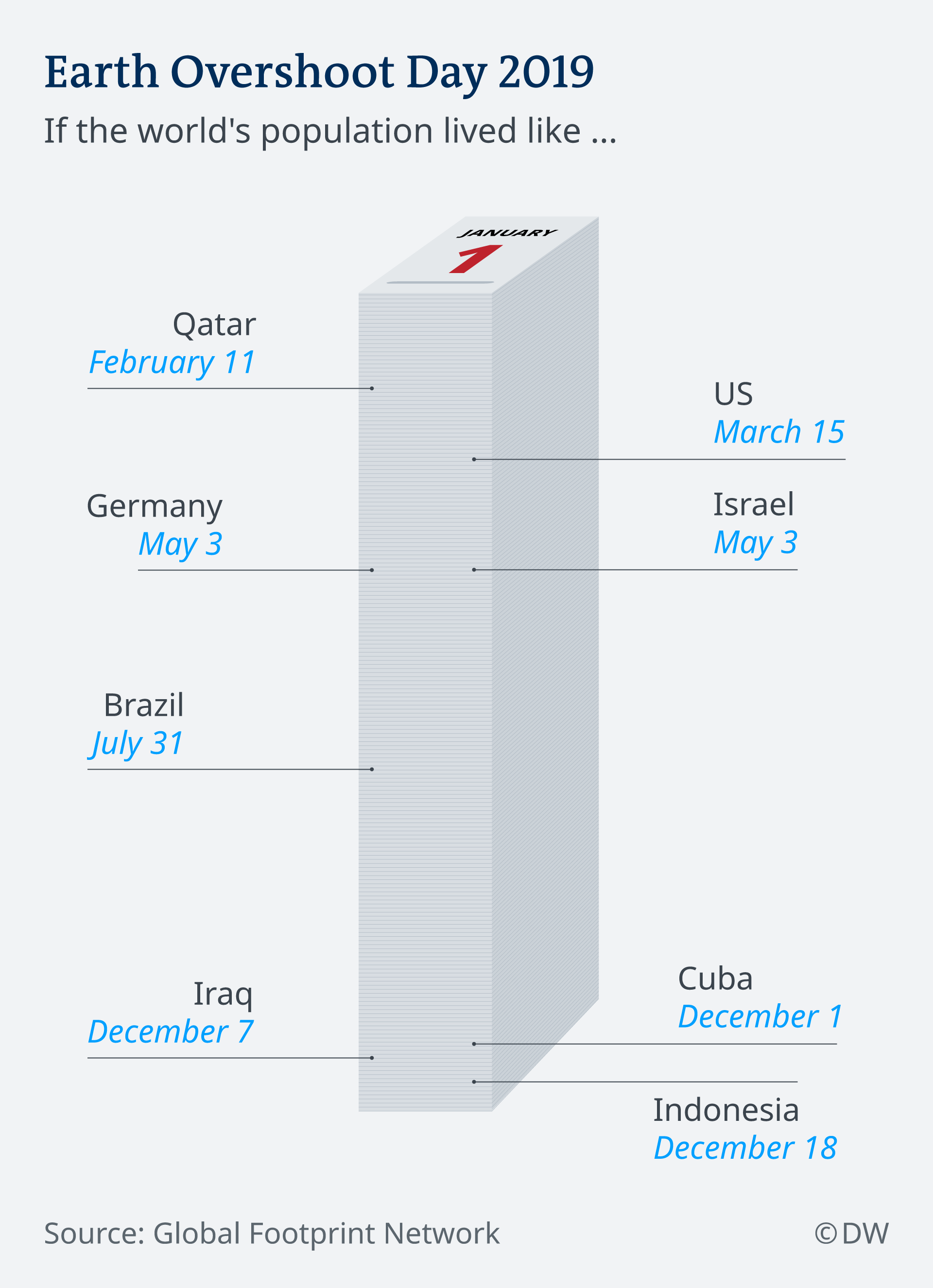 Annual ecological deficits began in the 1970s, according to the GFN, compromising the planet's future regenerative capacity. In 1993, Earth Overshoot fell on October 21, in 2003 it happened on September 22, and it even fell several days later in 2017: on August 2.

"The costs of this global ecological overspending are becoming increasingly evident in the form of deforestation, soil erosion, biodiversity loss or the buildup of carbon dioxide in the atmosphere," according to the GFN. "The latter leads to climate change and more frequent extreme weather events."

If Earth Overshoot Day were moved back five days annually, global consumption could square with the resources available to a single planet by 2050, GFN reports. For instance, replacing 50% of meat consumption with vegetarian food would move the date of Overshoot Day 15 days (10 days for the reduction of methane emissions from livestock alone); reducing the carbon component of the global Ecological Footprint by 50% would move the date 93 days.

"We have only got one Earth — this is the ultimately defining context for human existence," GFN founder Mathis Wackernagel said. "We can't use 1.75 without destructive consequences." 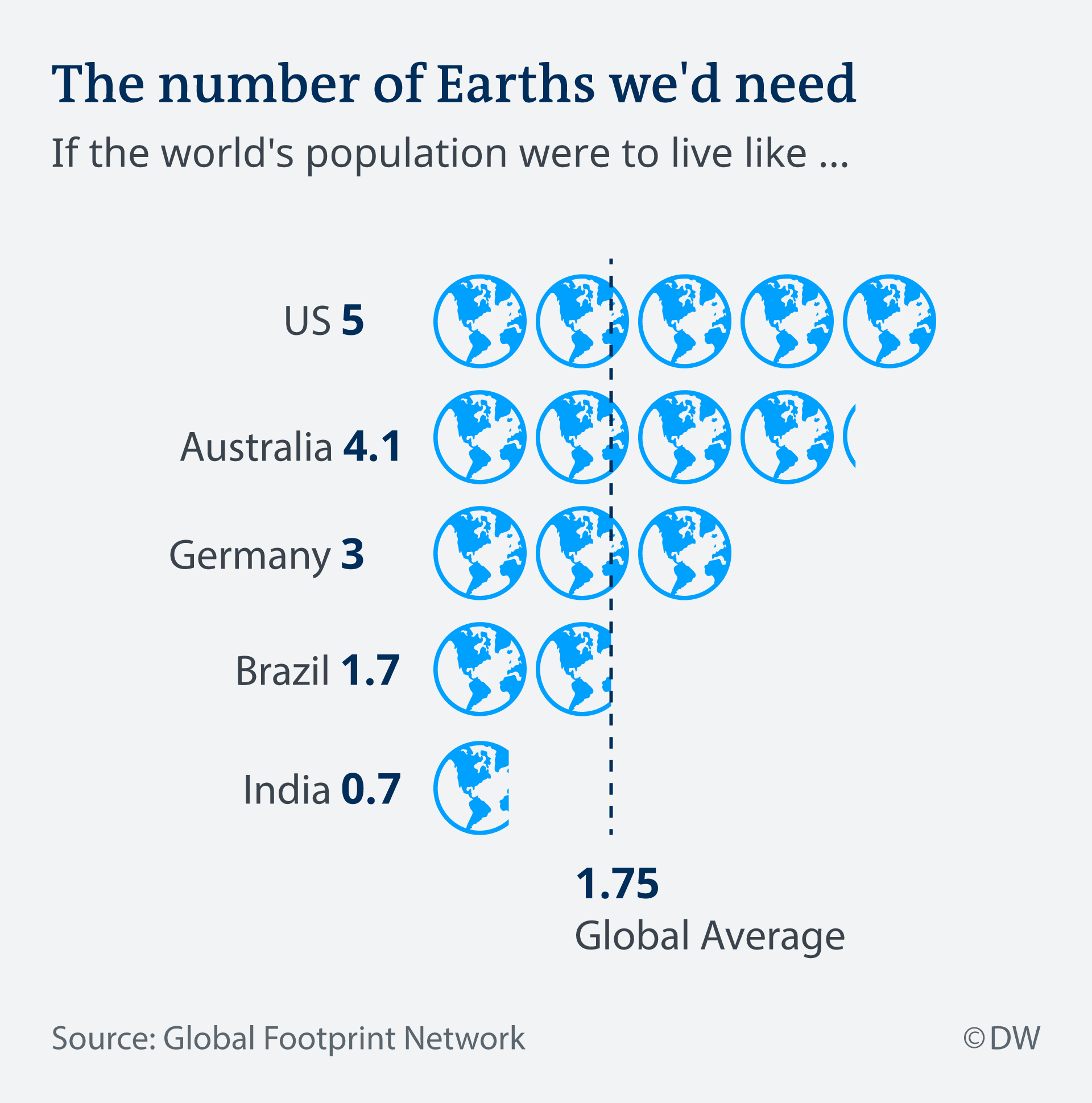 "Ultimately, human activity will be brought in balance with Earth's ecological resources," Wackernagel said. "The question is whether we choose to get there by disaster or by design — one-planet misery or one-planet prosperity."

DW's editors send out a selection of the day's news and features. You can sign up to receive it here.