Leaders around the world have expressed their condolences for the terrorist attack at the headquarters of French satirical magazine Charlie Hebdo in Paris. The attack left 12 people dead and 10 further wounded. 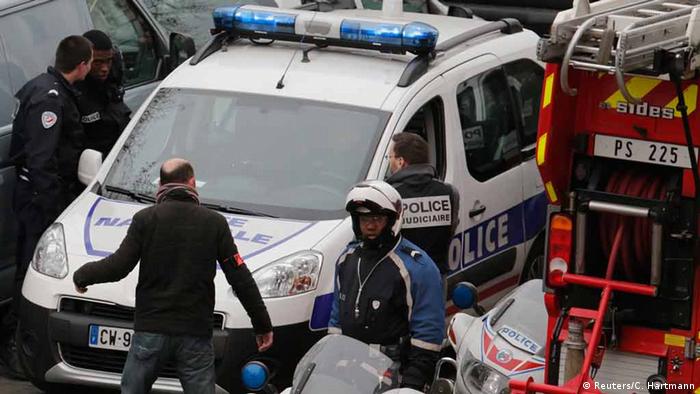 German President Joachim Gauck wrote a letter to his French counterpart Francois Hollande expressing his condolences and condemning the attack. "There is nothing that could possibly justify such an attack," Gauck wrote, adding that it was now important to speak out "tirelessly" for freedom, human rights and democracy.

In a telegram to Hollande, German Chancellor Angela Merkel said the outrageous and unjustifiable attack was not only an assault on the French and France's security, but also "an attack on freedom of opinion and press - a key element of our free democratic culture."

"It was a horrendous, unjustifiable and cold-blooded crime. It was also a direct assault on a cornerstone of democracy, on the media and on freedom of expression," UN Secretary General Ban Ki-moon told reporters at UN headquarters.

US President Barack Obama offered his condolences as well and offered to help France seek justice for Wednesday's "horrific shooting."

"France, and the great city of Paris where this outrageous attack took place, offer the world a timeless example that will endure well beyond the hateful vision of these killers," Obama said in a statement on Wednesday.

While Brazilian leader Dilma Rousseff said, "This act of barbarism, quite apart from the deplorable loss of life, is an unacceptable attack on the basic values of democratic societies and on the freedom of the press."

Gunmen stormed the offices of French magazine Charlie Hebdo on Wednesday around noon and started shooting.

French police and a Paris prosecutor's office confirmed that 12 people had been killed in the incident and that a further 10 were wounded. Among the dead were four members of Charlie Hebdo staff, including the editor-in-chief Stephane Charbonnier, and famous cartoonist Jean Cabut, along with Georges Wolinski and Bernhard Verlhac, known by the pseudonym Tignous. Two policemen were also killed.

Police are now looking for the assailants.

The satirical newspaper was firebombed in November 2011, after a "Charia Hebdo" edition "guest edited" by the Prophet Muhammad, who was also featured in cartoons carried by the magazine.

Flags in France were flown at half mast at 1430 UTC, as shown here:

A trend started on Twitter to show solidarity with the magazine and its staff and press freedom has gone viral:

Condolence from the Islamic world

Saudi Arabian news agency SPA cited an official source as saying, "The kingdom therefore strongly condemns and denounces this cowardly terrorist act that is rejected by true Islamic religion as well as the rest of the religions and beliefs."

Meanwhile, Turkey, too, denounced the killings. "We are against any form of terror regardless of where it comes from and what its motives are," Turkish Foreign Minister Mevlut Cavusoglu told reporters in Ankara. The minister, however, said that Europe should fight against growing "Islamophobia."

"We must fight against increasing racism, xenophobia and Islamophobia in Europe which threaten all our values. We must also fight against any form of terrorism," Cavusoglu said.