World Day Against Child Labor: Underage workers on the rise in Africa 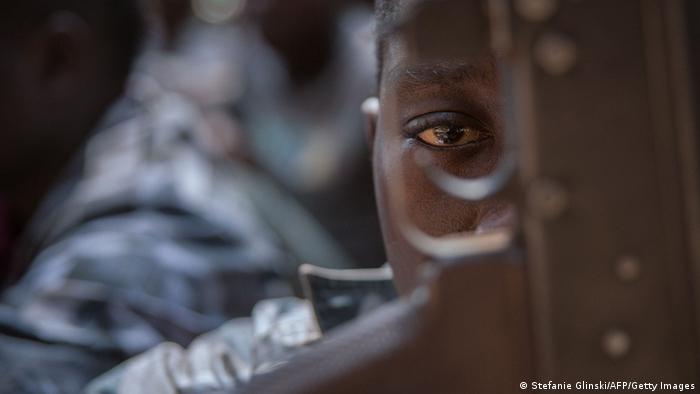 Cameroon's capital, Yaounde, is teeming with young vendors. Most of them are children between the ages of 7 and 14, and they occupy major intersections and markets — often working until late at night.

Kevin and Lea are among the hawkers selling their wares in Yaounde's populous neighborhoods during the school vacations.

"I sell water to help my parents pay for my exercise books for the new school year," 8-year-old Kevin told DW.

"And I sell peanuts to pay for my school supplies," added 10-year-old Lea.

"I'm against the street trading that children do," said Zanga. "The child has a right to protection. If we send them to the streets, who will protect them?" 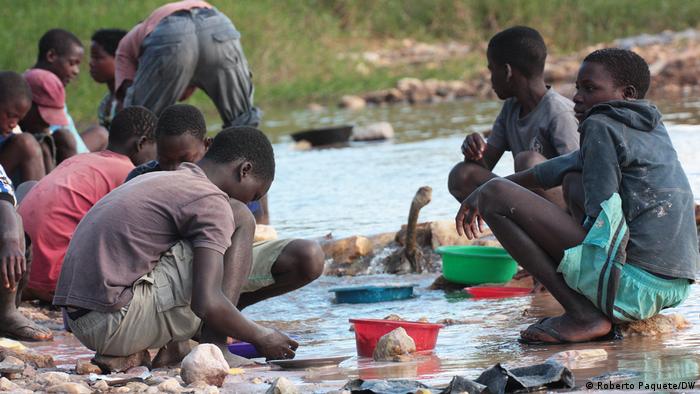 According to UNICEF, population growth, recurring crises, extreme poverty and inadequate social protection measures have led to an additional 17 million girls and boys engaging in child labor in sub-Saharan Africa over the past four years.

African countries are home to most of the world's 160 million working children.

The International Labor Organization estimates that more than 72 million children in sub-Saharan Africa — nearly one in five — are affected by child labor.

Experts estimate that millions more are at risk due to the coronavirus pandemic.

According to UNICEF, this marks the first time in 20 years that progress toward ending child labor has stalled.

It was against this backdrop that experts and child welfare activists met for the 5th World Conference on the Elimination of Child Labor in Durban, South Africa, last month, to discuss stricter measures for the protection of children.

Danger on the streets

"Mama sent me to sell," she said, adding that recently a motorcycle ran over her classmate.

"Sometimes we come home at night and we can't find our way," the young girl told DW.

Cameroon's law prohibits child labor, according to Pauline Biyong, president of the League for the Education of Women and Children.

"Cameroon has ratified many articles to protect children. This phenomenon should be marginal, but unfortunately we observe in our cities that children are used as labor by their parents. This is not normal," she said.

Going to the gold mine instead of school

Poverty the leading cause of child exploitation

Economic hardship has forced many children to toil in the gold mines of Tanzania and neighboring Congo.

Others in countries such as South Sudan endanger their lives as child soldiers.

The International Labor Organization estimates that 2.1 million children work in cocoa production in Ivory Coast and Ghana. Around two-thirds of the cocoa produced worldwide comes from Africa.

Nestle is trying to polish its image in cocoa farming by building classrooms for children in cocoa-growing areas. In addition, the Swiss conglomerate has partnered with UNESCO to support women's literacy in the markets.

Despite all these efforts, children still work on some cocoa plantations. "The problem of child labor is real," Toussaint Luc N'Guessan, Nestle's program manager, told DW. 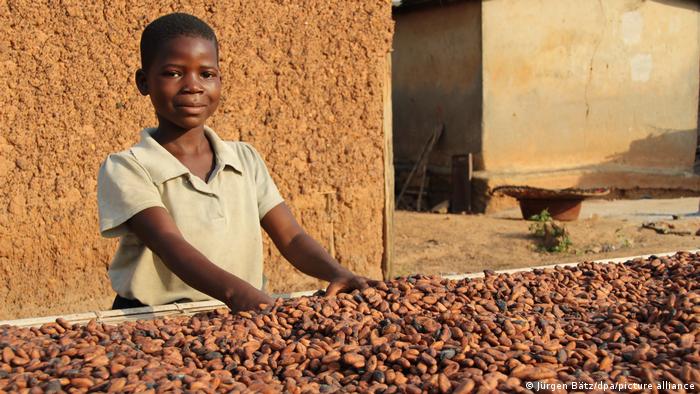 On the streets of Maiduguri in Nigeria's Borno State, many children work at the request of their parents.

Adamu Umar — who has 15 children — admitted to DW that he also makes his children work as street vendors to supplement the family income.

But their commitment to their families is costing them dearly, as aid organizations complain that children are denied schooling and education and thus a better life.

According to the International Labor Organization, 43% of Nigerian children aged between 5 and 11 are child laborers, although international conventions prohibit this. Poverty is often the cause of child labor in Africa

As part of the United Nations' Sustainable Development Goals, all 193 member states have pledged to take effective action to eliminate forced labor, modern slavery, human trafficking and the worst forms of child labor — including child soldiers — by 2025.

But controls to stop the employment of minors are rare, according to children's rights organization Plan International.

"It is our responsibility as parents to take care of our children, not our children taking care of us," said Lucy Yunana, a children's rights activist in Nigeria.

Yunana called on the government to crack down on the menace with strict penalties.

She said any child caught peddling or begging should be arrested, including parents allowing their daughters to work as domestic help. Parents would then have to pay the fines.

Back in Cameroon, an extensive program called "useful vacations" was launched at the Center for the Advancement of Women and Families in Nkoldongo to keep children occupied.

But with little encouragement, some parents prefer to boost the family income by having their children work.

"The children have to learn to look for income; that's not bad," Gisele, a mother who sells safous at the Ekounou market, told DW.

"They have nothing to do during the vacations, and it's normal that they help us prepare for the start of school, at least by buying notebooks. [Life in] Cameroon is hard."