Are we losing the fight against child labor? | World | Breaking news and perspectives from around the globe | DW | 12.06.2021

A recent UN report reveals child labor has been surging in recent years. The coronavirus pandemic may make the situation even worse for kids. 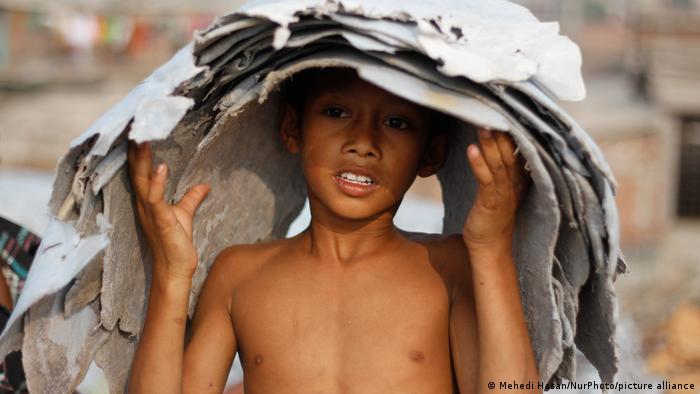 When global coronavirus lockdowns and economic disruptions closed schools and curtailed millions of families' income, an alarming increase in child labor across developing nations made headlines. But even before the pandemic, the number of children forced to work was on the rise.

A  report by the International Labor Organization found that 160 million children around the world are engaged in child labor — nearly one child in 10. Using data that predates the pandemic, the report revealed that the declines in child labor made since 2000 have reversed.

"The new estimates are a wake-up call,"  ILO Director-General Guy Ryder said in a statement. "We cannot stand by while a new generation of children is put at risk."

Similar to other recent evaluations conducted by children's rights groups, the report paints a grim picture: More than half of child workers take on hazardous jobs that pose a direct threat to their health and safety, such as mining and farm work.  Younger children, between the ages of 5 and 11, account for just over half of the total number of child laborers.

What stopped declines in child labor?

The biggest increase recorded in the ILO report was seen in sub-Saharan Africa. That's largely because "development in those countries has not kept up with population growth," according to Furio Rosati, a senior researcher at IZA Institute of Labor Economics. With more children being born into poor households and a general lack of government support, he said the kids are too often pushed into the workforce to support their families.

Lack of government support is one of the reasons for the increase in child labor, according to Human Rights Watch Children's Rights Advocacy Director Jo Becker.

"Governments are not providing adequate assistance for families that are struggling to meet their basic needs," Becker said. "Even though we know that this is a tool that was really successful in many countries in reducing child labor in the past." 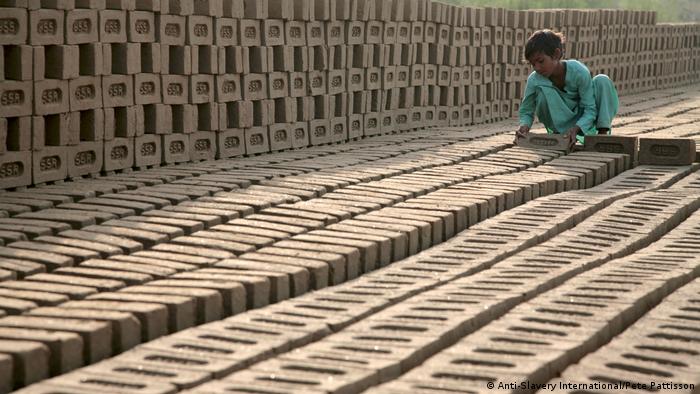 Up until 2020, about 80 million children were working hazardous jobs. The number is likely higher today

Becker oversaw a study published in May showing that monthly cash allowances of $1 per child could spare tens of thousands of children from taking risky, grueling jobs.

During the COVID-19 pandemic, reports done by Human Rights Watch and children advocacy groups recorded additional cases of child labor in middle-income countries, such as India. A focus on the coronavirus pandemic also made it harder to trace child labor in many countries.

"Following the lockdowns and COVID restriction measures, most governments scaled back their monitoring programs, which made it easier for the employers to exploit child workers," Becker said. "So many more cases remain unseen." 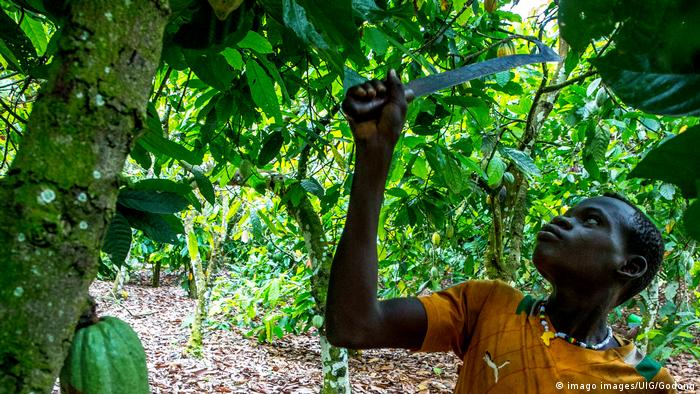 Reports from the ILO and rights groups show that the future of millions of more children will be in jeopardy if government spending on children and families in need is not increased. But a boost to child welfare support appears unlikely due to the prospect of shrinking national budgets and because loan creditors like IMF tend to encourage, and in some cases require, low-income countries hard hit by the pandemic’s economic fallout to adopt strict austerity measures.

"In theory, austerity measures aim to cut down on government spendings without curbing the support to the poor and deteriorating their livelihood, but in reality that is very often not the case," Rosati said.

Child workers in lower-income countries will most likely continue to suffer, he said.

"At the moment, governments and international organizations allocate most of their resources to fighting the pandemic, which in turn, limits the little support provided for the poor households," Rosati said.

Some countries that had made progress in education and school enrollments in the past could see those gains disappear.

"As many jobs in middle-income countries such as India are still lost, many children, most of whom are now in primary and secondary school will be forced to halt education, enter the informal job market and work as low-skilled workers," Rosati said.

If that happens, there could be another surge in the number of children forced to work, he said.