Thousands of women have slammed the US president's assault on reproductive rights, climate change and immigration. One protester called Trump the "biggest bully in the world." 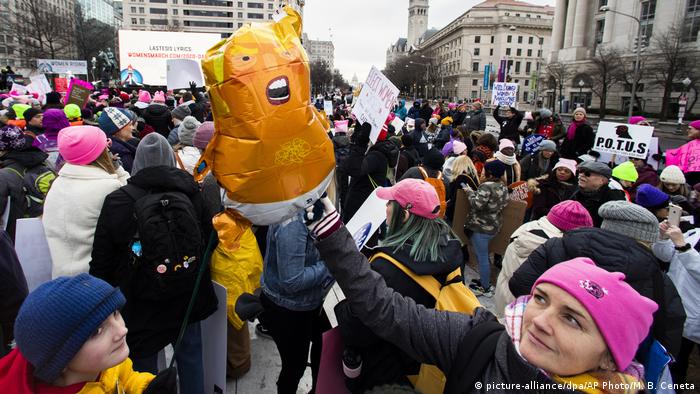 Thousands of women gathered for an annual march in Washington and more than 180 other cities to protest US President Donald Trump's targeting of women's rights.

"I am even more outraged than I was three years ago," said a placard carried by a 40-year-old Washington resident. "We all knew that Trump was going to be horrible, and he has been even more horrible than we realize."

Despite the drop in numbers, with only a few thousand participants on the streets of Washington, activists remained hopeful about the power to organize.

"It is a cold day and it does not matter if its 10 people or 100 people or 1,000 people if our voices are strong," said a 50-year-old woman who said she regularly attends the march that started in 2017. "We are powerful together — that's the most important thing."

The 2017 Women's March drew nearly 1 million people to the streets of Washington, DC, and hundreds of thousands in other US cities one day after Trump's inauguration.

Read more: US women prepare for future without legal abortion 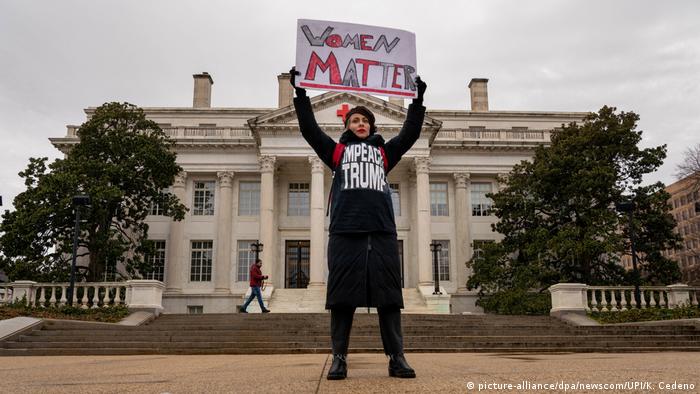 Hot on the heels of the beginning of Trump's impeachment trial in the Senate, protesters take jabs at the US president

Many of the protesters cited Trump's hard-line policy on women's reproductive rights, climate change and refugees as major motivators for joining the march.

"Look what's he's doing to Greta Thunberg," said a 70-year-old climate activist, referring to the teenage Swedish activist who launched the Fridays for Future school strikes to draw attention to the man-made destabilization of earth's climate. She was named Time magazine's Person of the Year in 2019. 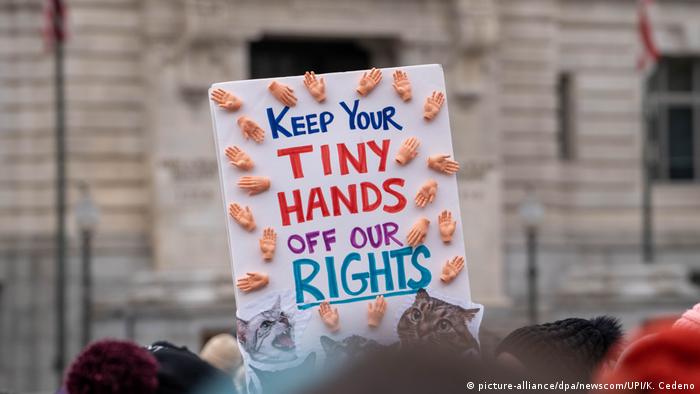 Trump has regularly targeted Thunberg on Twitter and lamented climate change as a ploy "created by and for the Chinese in order to make US manufacturing non-competitive."

"He's the biggest bully in the world," added the 70-year-old activist.

Other protests took place in New York, Los Angeles and other major cities across the US. 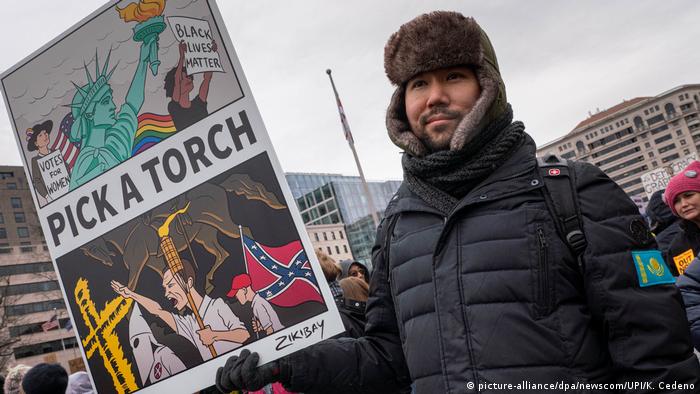 Some men joined the march in solidarity

But not everyone was thrilled with the Women's March in Washington. DC-based activists criticized organizers for going forward with the march, saying they undermined efforts to highlight local issues.

"Local DC is a domestic colony and the actions of national organizers have to recognize that," said Black Lives Matter DC in a letter for the Women's March organizers.

"Here in DC, these unstrategic mass mobilizations distract from local organizing, often overlook the black people who actually live here and even result in tougher laws against demonstration being passed locally." 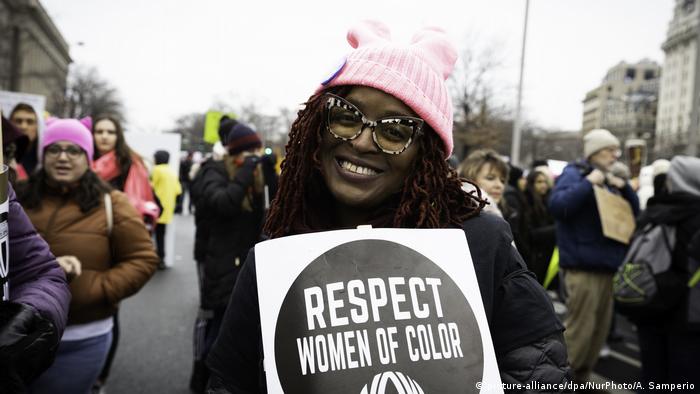 Protesters drew attention to marginalized communities, including people of color and the LGBT+ community

The march was held the same day the US National Archives apologized for blurring anti-Trump signs in a promotional image for a women's suffrage exhibition.

"We have removed the current display and will replace it as soon as possible with one that uses the unaltered image," it added. "We apologize."

Why the United States has a high rate of maternal mortality

Worldwide, far fewer women die from pregnancy-related complications than 25 years ago. In the US, however, the number has risen — and it's African-American women who are most affected. (29.09.2019)

Norwegian penguins get vaccinated and can end isolation 2h ago