Women and girls account for 70 percent of global human trafficking victims, according to a United Nations report. Most victims are trafficked for sexual exploitation, with the report warning of "vast areas of impunity." 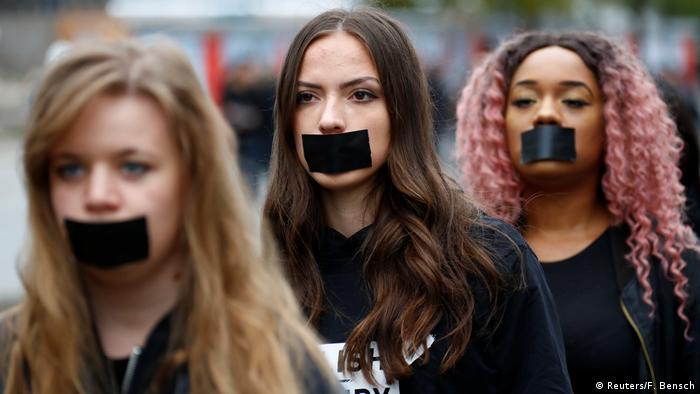 Women and girls represent more than 70 percent of detected trafficking victims, the UN Office on Drugs and Crime (UNODC) said in its 2018 Global Report on Trafficking in Persons.

"Traffickers the world over continue to target women and girls. Nearly three-quarters of detected victims of trafficking for sexual exploitation and 35 percent of those trafficked for forced labor are female," said UNODC chief Yury Fedotov in the report.

Armed conflict, weak rule of law and poor socioeconomic conditions in some regions of the Middle East, Africa and Asia are exacerbating conditions for trafficking, which leads to sexual exploitation, sexual slavery and forced marriage.

Forcibly displaced populations from Syria, Iraq, Afghanistan and Myanmar fleeing conflict and persecution have been targeted by traffickers, as have migrants and refugees traveling through conflict areas such as Libya or parts of sub-Saharan Africa.

While wealthy countries in Europe, North America and the Middle East continue to be destination countries for trafficking victims, the report said most detected victims of trafficking for sexual exploitation had been trafficked within regions or countries.

In Western and Southern Europe, for example, most trafficking was for labor or sexual exploitation, with 25 percent of victims coming from the region and 33 percent originating from Central and Southeastern Europe.

The number of reported human trafficking cases globally was also on the rise. In 2016, about 40 percent more victims of all types of trafficking were detected compared to 2011, but the UN said there were several possible reasons for the increase.

"Increased numbers of victims detected may indicate that more trafficking is taking place or, rather, that countries make use of more efficient tools and procedures to identify trafficking victims," the report said.

There has also been an increase in trafficking convictions in Asia, the Americas, Africa and the Middle East, which may also reflect stronger anti-trafficking policies.

However, many African and Middle Eastern countries went from no convictions to a handful of convictions per year in recent years, meaning that despite the upward trend, the total number of convictions in these areas remain very low.

"Despite the progress, impunity still prevails in large parts of the globe," the report said.